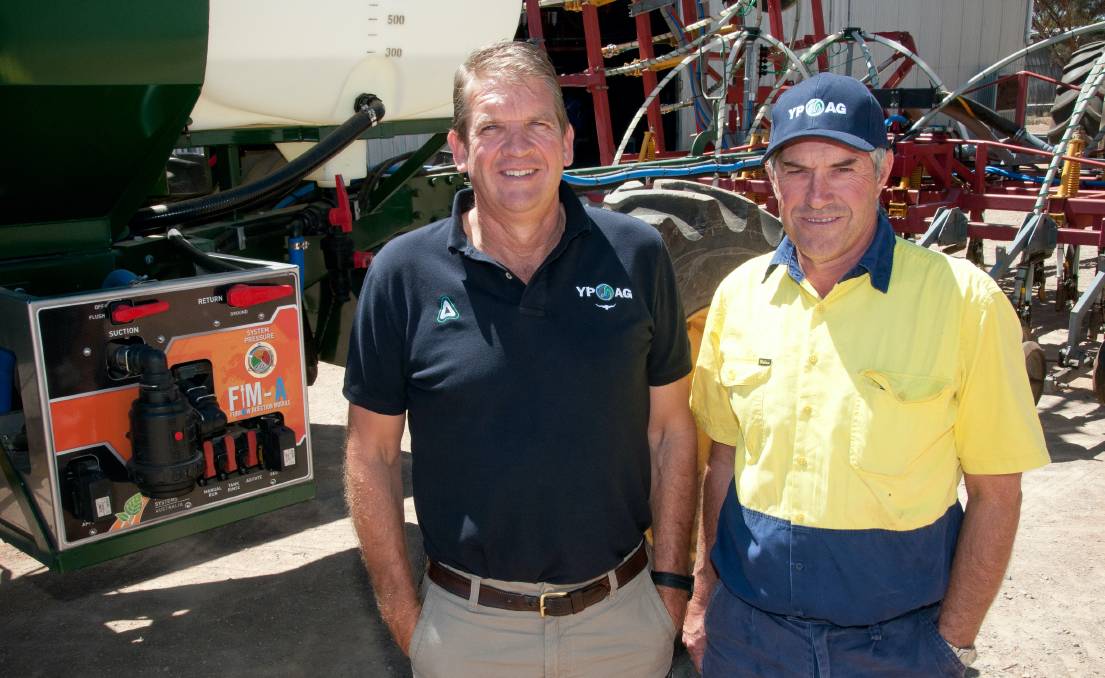 One recent convert to liquid fertilisers says the liquids can help with flexibility and efficiency during the busy sowing period.

A YORKE Peninsula farming family has said the investment in a liquid fertiliser system has given them more opportunity to give hungry crops the early season nitrogen (N) they require.

Andrew Morony, who farms at Bute, together with wife Jackie, son Cameron and father Adrian, said the early nitrogen in a form easily accessible to the plant looked to be doing a good job.

RELATED: Ensure you're on a winner with fert products

"Once we had this capacity, we thought trying some liquid nitrogen would be a good idea, particularly on our barley which often shows signs of nitrogen deficiency early during the season," Mr Morony said.

He said the extra nitrogen from the liquid fertiliser, Incitec Pivot's Easy N, meant barley crops received more of the budgeted nitrogen earlier in the season and helped the crop establish well.

"The barley never showed signs of nitrogen deficiency this year," he said.

Along with the ability to improve early season N uptake, the Morony family has said the flexibility of a liquid system has helped, as they can also put out trace elements and fungicides if required.

2020 was the first season they had used a liquid injection system, a model from Furrow Management Systems Australia (FMSA).

The liquid stream is distributed with precision to each row and placed in a band 15 to 20 mm under the seed.

Starter fertiliser is also applied in their one-pass seeding operation.

He said the blend of 20 to 30 litres a hectare of liquid nitrogen, combined with 4 L/ha of the trace element mix - a blend of zinc, copper and manganese - worked well, with only a little water added to make it up to 50 L/ha.

In spite of the relatively low amount of mixing water, he said the unit performed well.

"We had no issues with compatibility, which is impressive because there really wasn't that much water going into the tank," he said.

In terms of yield, the barley was hit hard by one of the driest winters on record on the YP, but still managed a respectable 2.5t/ha.

Mr Morony said it was enough to have another crack this year.

"Now that we've seen how easy it is and how well it can work, we're planning to use more EASY N at seeding this season," he said.

In season he said he would top dress granular urea if there was a need as the family owned its own spreader.

Darryn Schilling, agronomist with YP Ag, said liquid fertiliser, which generally has around half the N available as urea and the other half in the nitrate and ammonium forms was a genuine alternative to urea.

The benefits of having a healthy crop early in the season include having a more robust plant better able to withstand disease.

"In barley, we've seen that having a bit more nitrogen up-front can reduce the impact of rhizoctonia, especially on lighter soils," Mr Schilling said.