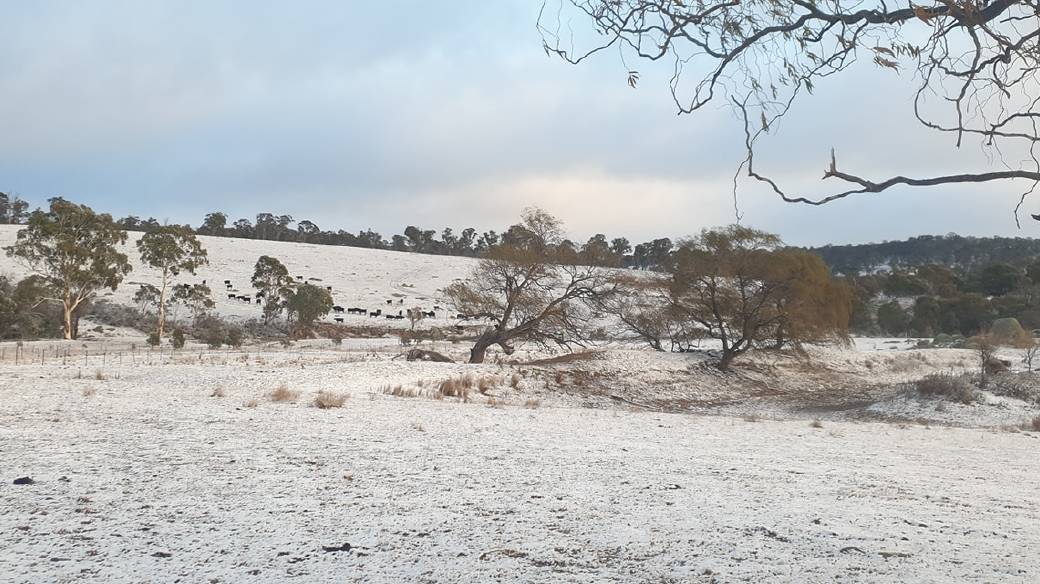 FRESH: A cold front is expected to cross the state on Friday. File photo.

The cool conditions will last several days, the Bureau of Meteorology says.

Victorians are being warned to brace for snowfalls and small hail storms as a cold front is set to cross the southern end of the state in the coming days.

Temperatures are likely to reach only the mid-teens between Friday and Sunday with snow set to fall as low as 1000 metres.

However, the cool conditions are unlikely to lead to any significant rainfall, the Bureau of Meteorology says, with northern Victoria unlikely to receive a reprieve until mid-next week.

Bureau of Meteorology senior forecaster Michael Efron said the warm weather experienced across the state on Thursday would likely be the last of the pleasant conditions for several days.

"That's definitely going to change as we head into Friday and across the weekend," Mr Efron said.

"We'll have a frontal system moving across the state during the early hours of Friday.

"One feature will be a significant drop in temperature on Friday, only headed for a top of 17 degrees and we'll see those cold south-westerly winds developing as well."

The cold weather is expected to linger across most of the state for several days.

"Then on Saturday we see the showers continuing, especially during the evening with another stronger front crossing the state and that does bring some really cold air,"

Mr Efron said places including Mount Baw Baw and parts of West Gippsland would likely experience the highest falls of up to 20 millimetres on Friday, and then again over the weekend.

"Unfortunately for northern parts of the state where they're looking to start the cropping season, we're not going to see any significant totals in those areas," Mr Efron said.

The burst of cold air could also lead to the small risk of hail throughout the weekend, Mr Efron said.