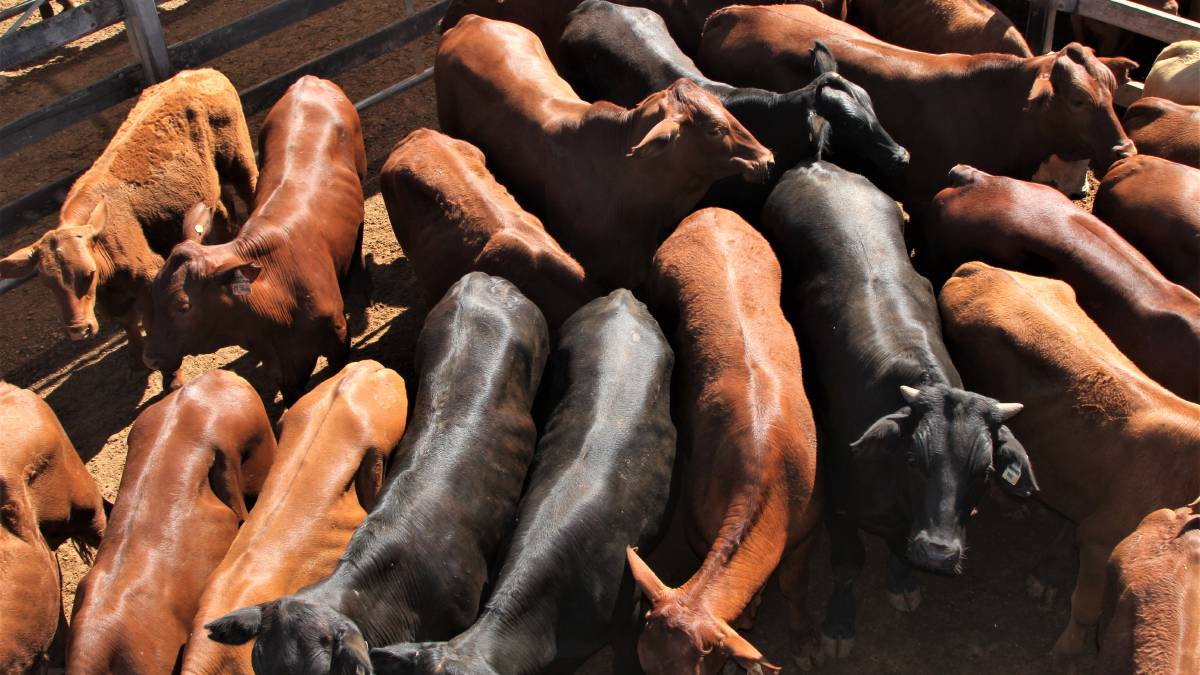 RAIN has again invigorated livestock markets, pushing prices up as both numbers on offer tighten and demand lifts, and prompting yet another round of discussion about how high new records will go and for how long the strength in the market can be held.

Key Elders personnel weighed into the conversation at a virtual field day, the first of the Elders Present series for 2021, held last week, and the talk was of a confidence among producers possibly not seen for 20 years.

There were no predictions of a drop in the market anytime soon.

Elders northern livestock manager Paul Holm made the point that all the price hikes of the past few months had happened without Queensland restockers in the market in a major fashion - something the recent rain has now changed.

"It's a big paddock up here and there are historically low numbers in different areas," he said.

"I'm not sure how much higher the price can go but I can't see it dropping very far in the short term."

Southern livestock manager Matt Tinkler there was plenty lining up to support the idea the market would remain strong in the south.

This included a strong emphasis on rebuilding the herd, the likelihood of favourable seasonal conditions continuing, lower supply, stable feed commodity prices, good feed in storage and solid plantings which were getting good autumn rain.

"There is a general excitement about for agriculture, a real optimistic vibe and confidence we probably haven't seen for a good 15 to 20 years," he said.

"That confidence is lining up with technologies and lessons that have learned in tough times to create a very positive outlook."

Thomas Elders Markets analyst Matt Dalgleish said the next 'target' for the market would be to see if the Queensland rain could get young cattle prices testing not just the nominal record but also the inflation-adjusted record.

That real record was set back in 1965 and in today's terms would be an Eastern Young Cattle Indicator of 936 cents a kilogram carcase weight, TEM analysis shows.

His view is restocker pressure could indeed push the EYCI into the 930c/kg area and test record deflated highs.

"However, without the heavy steer price continuing to push higher as well it starts to become uneconomic so we can't see it going too far beyond the deflated record," he said.

Mr Holm said before this latest rain event, Queensland sat firmly on a knife's edge - the one word universally used across the State to describe the season was 'patchy'.

That was true of Central West Queensland in particular, where not only were producers dealing with the vagaries of storm rain but grasshoppers were destroying what little feed there was.

What would be interesting in this area to watch now would be the regeneration of land behind an exclusion fence, Mr Holm said.

"Grazing pressure has for many years been blamed for lack of ground cover but with the removal of the native graziers, it's hoped the natural grasslands of western Queensland can be returned to what they once were," he said.

"This may see the flow of small stock back into Queensland but it might not be the Merinos of old."

There had been a lot of talk about managing goats into production systems, driven by both exclusion fencing and over-the-hooks prices for goats paralleling the Eastern States Trade Lamb Indicator, he reported.

In some circumstances goat prices had overtaken that lamb indicator.

In the Channel Country, conservative stocking rates would still likely to be key to getting through this year, Mr Holm reported, while Central Queensland had now seen vast improvement in yearly rainfall totals.

Still there are some areas, mainly around Rockhampton, where it just won't rain.

The southern inland region has benefited most from the recent rainfall, with the high soil moisture profile through the Darling Downs likely to lead to big plantings of winter forage and grain crops, Mr Holm said.

While cattle were leading the market charge, sheep and lamb had been very strong over a sustained period, Mr Tinkler reported.

"2020 was an outstanding year in the south and that flowed onto some really good summer rain and now this autumn break has consolidated the confidence," he said.

"It's lining up to be two really significant years in a row and that's something we haven't seen for quite some time.

"And while we've had very good northern demand, we've had equally as strong southern demand because the season has been so good here."

Mr Tinkler listed some incredible Elders southern price highlights of recent times, such as restocker steers and heifers at the lighter end making out to 650c and averaging around $1550; cows and calves out to $4800, pregnancy-tested-in-calf heifers $3300 and bull sales averaging in excess of $15000.

The story Strength in cattle market to hold first appeared on Farm Online.