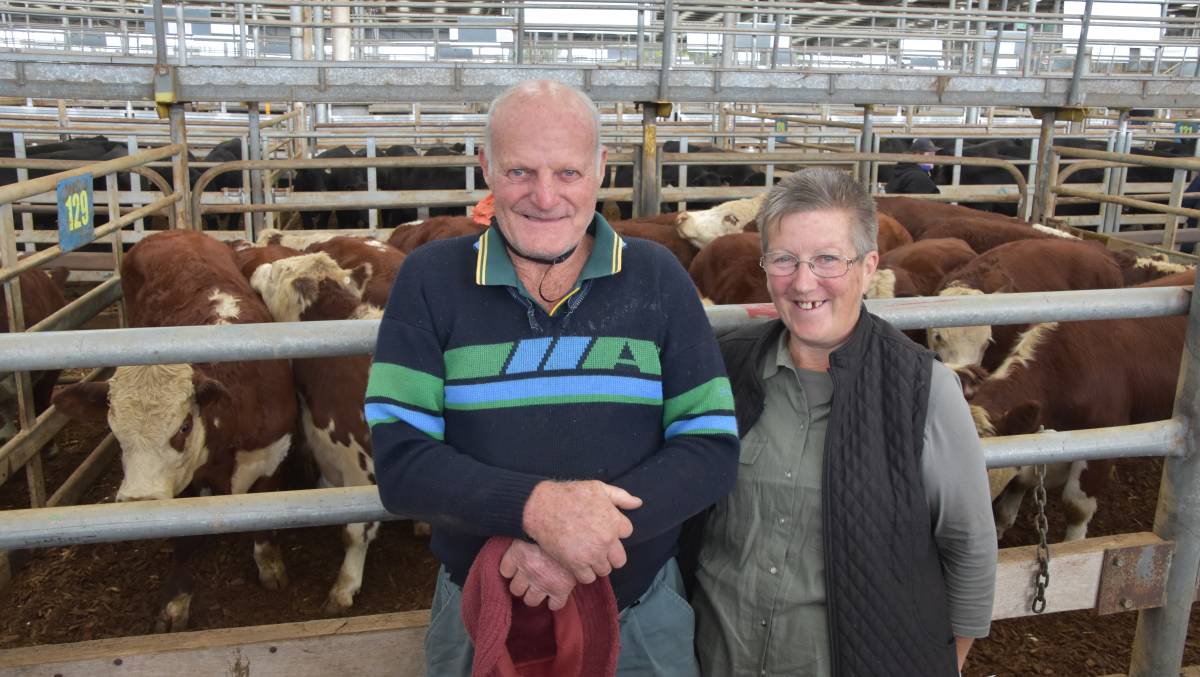 Genuine weaner calves sold above $2000 a head at Leongatha on Friday during a large yarding of more than 3500 cattle.

A feature of the sale was 650 weaners and 200 grown cattle offered by clients of Phelan & Henderson & Co as part of the agency's annual calf sale.

"We had genuine calves at 11 months old make above $2000 and that's the first time we've had actual calves make that money here," Mr Phelan said.

"Although there was a fair few little cattle making over 600 cents a kilo last market and we haven't seen that today, however, prices were still very strong."

Another feature of the sale was 27 cattle offered by the Outtrim Moyarra Kongwak Cricket Club as part of its Pink Stumps McGrath Foundation breast cancer fundraiser.

More than $37,000 was raised from the sale of the cattle which had been on agistment for the last 12 months across club members' properties.

"Repeat buyers were very supportive and everyone knows someone who has been affected by cancer and if they haven't, who is to say they won't know someone down the track, so it really touched a nerve with a lot of people."

Elders Leongatha and Korumburra auctioneer Damien Minogue said the sale was underpinned by local restockers who were chasing lighter cattle.

"The job was very strong the whole way through and as per usual the feedlotters were very strong on the heavy cattle and $2000 a head was no barrier for them," Mr Minogue said.

"I don't want to keep on quoting it dearer every week because otherwise they would be making about $10,000 a head now but the market is still very solid."

"Cattle showed a lot of condition and I think the sale was solid despite one or two major buyers absent," Mr McCormack said.

"I think you will still find people have gone home empty handed even with 3500 cattle."