The stud surpassed its previous best average by $2500. 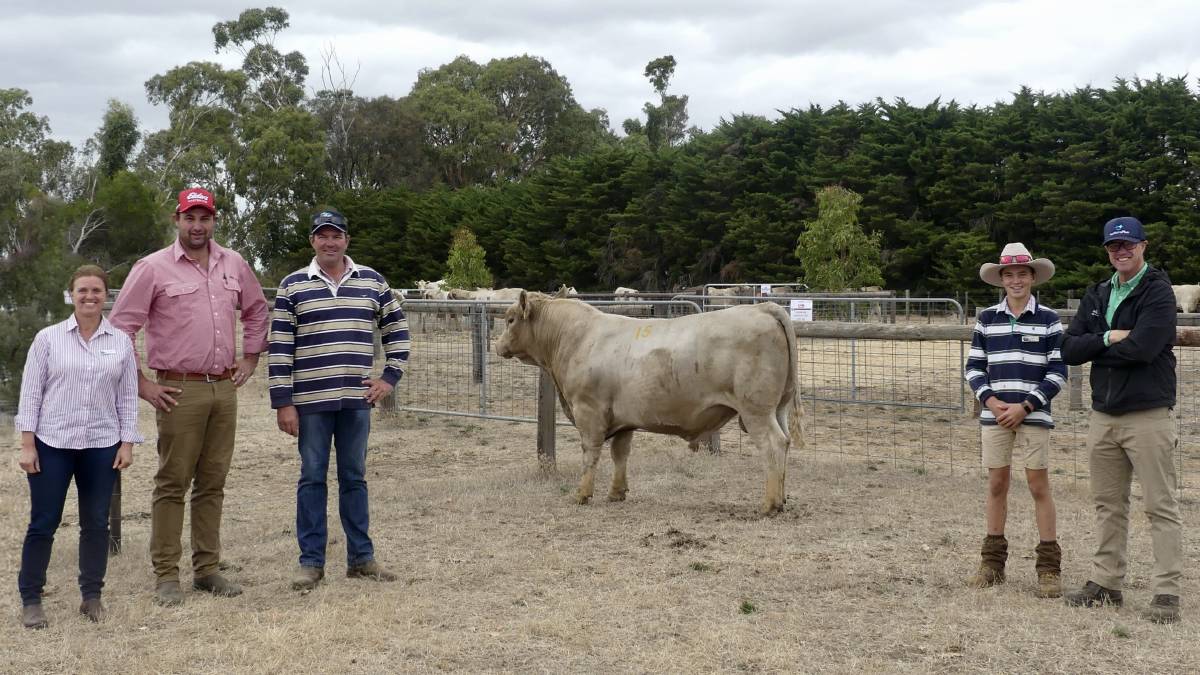 He was sold over the phone to Onward Murray Greys in New South Wales for $20,000.

"It's really hard to know in this game what level people are prepared to go to," he said.

"The way the sale was going on those early bulls, they obviously just thought, 'we're going to have to give it our best crack'."

Overall the sale was way above his expectations, he said.

"It's a reflection of the how the cattle industry is at the moment," he said.

"The bulls that were in demand were the ones that had the right numbers, they had calving ease and really good growth and carcase data as well.

"It really reinforces what we're trying to do - we're breeding bulls to target commercial industry and they're the ones that are creating the competition."

The stud welcomed a lot of return buyers as well as some new interest, he said.

"It's pretty rewarding when you get people coming back all the time," he said.

The stud also offered 12 pregnancy tested in calf stud heifers that topped at $4500 and 35 PTIC commercial heifers which sold to a top of $4000.

"The downside of that is that I think there were people here that were really keen on buying Murray Grey commercial females and at that sort of money they're probably priced out of the market."

The pair bought two bulls and 22 heifers and regularly attend the Lindsay sales.

Mrs Hines said the cattle were good types with exceptional BreedPlan figures and the Craig family were great to deal with.

She favoured Murray Greys for their temperament and had been breeding them for about 50 years.

Greenhills was now in the process of reducing its sheep numbers to focus instead on its cattle operation.

Nutrien Casterton livestock manager Greg Bright said it was a terrific result that reflected the quality on show.

"You don't find good grey cattle everywhere and these are as good a greys as you can find," he said.

"That's why they make the money they do."