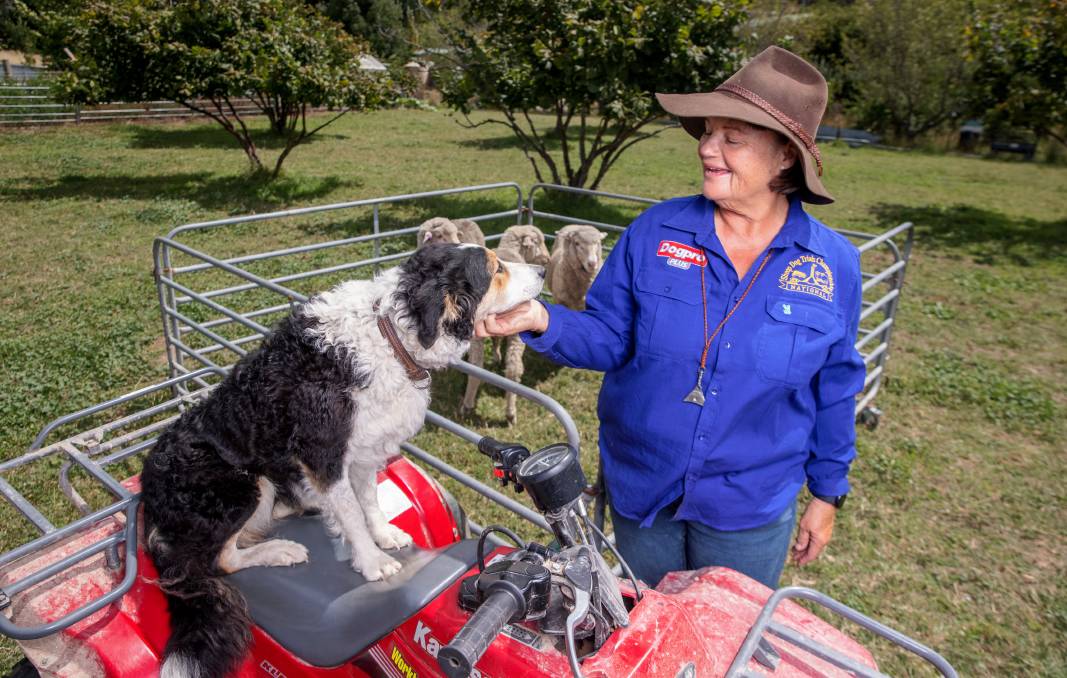 After some hairy moments before the pandemic in 2020, organisers are hoping for a smooth run this year.

Wrangling dogs and sheep is hard enough without having to deal with a global pandemic.

But just as Sarah Sydrych was preparing for the finals of the National Sheep Dog Trials in the ACT last year, her world went into a "spin".

The Governor-General had arrived at the Hall Showgrounds for the 77th annual championship event and dogs and their owners were about to compete for the winner's sash.

The coronavirus pandemic was just beginning, but signs of what was to come started with a murmur at the showgrounds on the outskirts of Canberra.

"Somewhere near lunchtime someone said, 'Everything is going into lockdown, what are we going to do'?" Ms Sydrych said.

"I got a shock on that last day. The Governor-General [Major General David Hurley] was there on the Sunday and we had our big presentation [coming up]. I thought, 'Oh no, we haven't had the finals yet'. That sent me into a spin, but luckily [the lockdown] didn't happen until the next day."

Ms Sydrych, the president of the committee, hoped this year's event would go off without a hitch, even though the world was still coming to terms with the coronavirus pandemic.

Ms Sydrych was confident the event would be a success. She was expecting 70 competitors with nearly 300 dogs, a significantly higher turnout than last year.

"Planning an event at this time is a risk and if it doesn't go ahead then I guess we will lose money. But let's give it a go anyway and keep our fingers crossed," she said.

Dogs with Jobs is the theme for this years trials, and aims to celebrate the over 100,000 livestock herding dogs in Australia, who each provide an estimated $44,000 worth of work in their lifetime.

Ms Sydrych described the National Sheepdog Trials as being "the Melbourne Cup of the sheep dog world", with the Governor-General presenting the Duke of Gloucester sash to the champion dog.

The National Sheep Dog Trials boasts a grand history. It was established in 1943 at Manuka Oval as a fundraiser for Legacy during World War II, with attendees over the years including Prince Henry the Duke of Gloucester, Queen Elizabeth II and the Duke of Edinburgh.

The National Sheep Dog Trials will run at the Hall Showground from March 9 to 14.