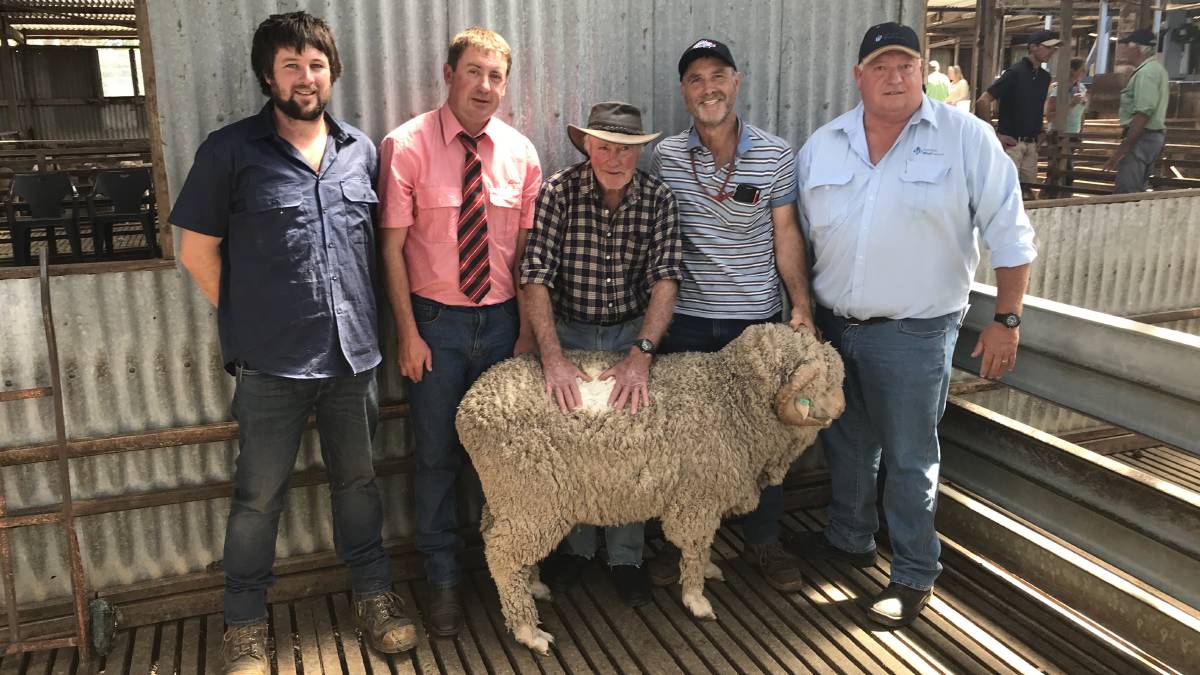 The stud welcomed four new buyers to the sale for a strong result.

Stud principal Allan Johnson said it was a great result.

"It's sort of all come together now," he said.

He said all rams presented very well and credited his son and farm manager for the work they had put in.

"We've got Merryville bloodlines, we're a daughter stud of Merryville and we're one of the last Merino sales for the year."

The sale saw a lot of return buyers as well as four new buyers, with competition from Victoria and Kangaroo Island.

Along with regular buyers, four new ram buyers also came to the sale.

All sheep remained in Tasmania despite competition from Victoria and South Australia.