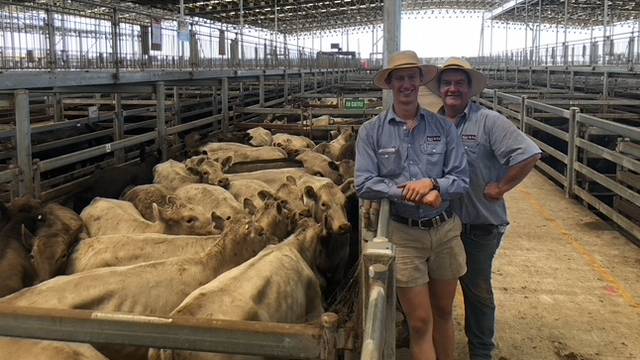 More than 4700 head were yarded, with steers reaching a top price of 600 cents per kilogram and heifers to 551c/kg.

"It was a good quality yarding with some bigger runs of calves this month," he said.

"They sold accordingly - it was very, very high demand, it was an unbelievable result really.

"We knew the job was going to be good, the job's been good everywhere, but I don't think we expected to see it that good."

Weaner steers weighing between 260kg to 300kg were met with very high demand, he said.

"People could put good runs of black calves together, which is hard to do at saleyards these days."

"I think the local buyers have realised they've got to go the rate now if they want the cattle," he said.

He said vendors were keen to sell given the current market conditions, which helped contribute to the big yarding.

There was still plenty of grass around following an outstanding season.

"I think Mortlake has got a name now, it's got a reputation as a really good store sale and it pulls cattle from quite a large area and the vendors get rewarded," he said.

The best of the grown heifers sold very well and were not far off the steers, he said, making between 420c/kg and 450c/kg.