Questions are being asked over the use of non-gauge convertible sleepers on the Sea Lake line. 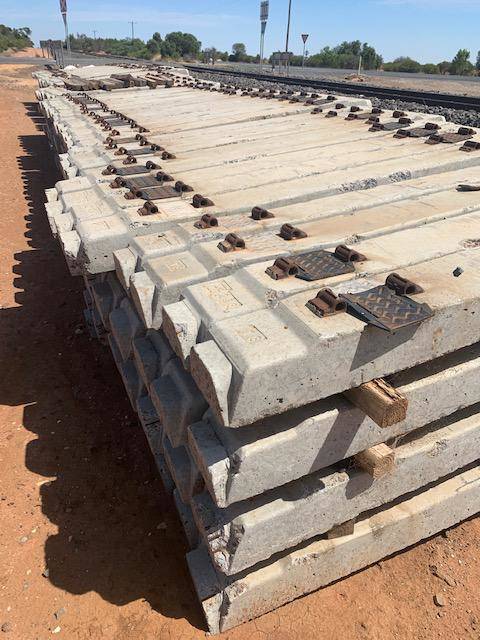 Anger is growing the state government is seeking to dump full standardisation of the troubled Murray Basin Rail Project, after it was revealed concrete sleepers are being used on the upgrade of the Sea Lake line.

The original scope of the $440m project, which is half-finished, was conversion of the entire north-west Victorian rail network, from broad to standard gauge.

There are reports 22 kilometres of the section between Berriwillock and Sea Lake are being converted to concrete sleepers, while a mix of concrete and timber is being used on 58kms from Berriwillock to Wycheproof.

Federal government comes to the party on Murray Basin Rail

Why are the new concrete sleepers not standard guage convertible? Doesn't sound as though the state govt has ANY intention of ever standardising Sea Lake & Manangatang lines. Should the federal govt ask for it's $205mil back? @AnneWebsterMP ,@AliCupper , @M_McCormackMP

The Victorian Farmers Federation has urged the government to be more transparent about its plans.

VFF Grains Group president Ashley Fraser said the type of rail sleeper being used could not be converted to the vital standard gauge network farmers were promised in 2016.

"Failing to standardise these lines threatens to completely isolate them from the wider network.

"With the rest of the nation moving to a standard rail gauge, it seems ridiculous that the state government would lock the Sea Lake line into an obsolete 19th century rail system.

"After years of delays, confusion and setbacks Victorian farmers deserve to know what's happening with this vitally important infrastructure project."

Mr Fraser said Victoria's near record grain harvest demonstrates the strain our existing outdated and inefficient infrastructure is under.

"Grain freight is being forced onto the roads as farmers have little alternative at the moment."

"You only have to look at the state of some of our regional roads. They're crumbling under the weight of huge trucks they were never designed to carry."

"The installation of these broad gauge sleepers will mean that any future work to fully standardise the Murray Basin Rail Network will require all new replacement sleepers compatible with standard gauge," Ms Webster said. 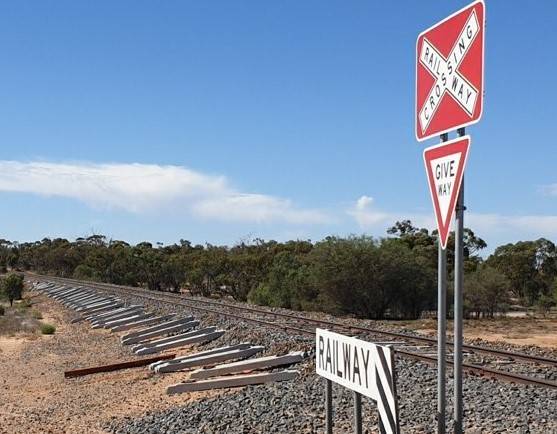 "Should these reports prove to be true, this is a critical error by the Victorian government, and is another damning indictment on their capacity to deliver this vital infrastructure project."

Ms Webster said on top of the $195 million to revive the stalled project, the federal government committed an additional $5 million to allow for a plan for the full standardisation of the network.

The commonwealth requested that the state government match this additional commitment, which was yet to take place.

"The move to install sleepers incompatible with standard gauge shows that the state government is either not capable of delivering this project efficiently, or that they are deliberately trying to prevent the full standardisation of the network," Ms Webster said.

"Frankly, I can't decide which is worse.

"Without full standardisation, the very real risk is that the Manangatang and Sea Lake lines will end up as the only broad gauge lines left in Australia."

Without full standardisation, the state government was committed to seeing more trucks on country roads, and fewer opportunities for farmers, businesses, and emerging industries in Mallee.

This kind of short-sightedness is incredibly disappointing. Even if the (also short-sighted) decision has been made for the line to remain Broad Gauge for now, refusing to use gauge-convertible sleepers just makes future Standardisation needlessly more difficult and expensive https://t.co/Cac5L21JKL

Work on installing 70,000 new sleepers between Korong Vale and Sea Lake has started and is due for completion in late April.

It's believed a large number of the concrete sleepers may have been brought from Bronzewing, south of Ouyen.

They were installed, as an emergency measure, about five years ago, after a bushfire burned the timber sleepers.

The concrete sleepers were then removed, when the Mildura line was converted to standard gauge.

"A half-measured approach threatens important future projects, such as the Ouyen Intermodal, and will continue to push freight onto road instead of rail," Ms Maxwell said.

The commonwealth had also put forward $5m, to be matched by the state, for planning for full standardisation.

"If the Victorian government had any intention of matching the federal government's money to plan for full standardisation of the MBRP and honour their original commitment, why would they waste money using non-convertible concrete board gauge sleepers?," Mr Mather said.

"Once again we see money being wasted due to poor management, lack of vision and no understanding of the ramifications of a piecemeal approach to getting Victoria's export freight to global markets."

Rail Freight Institute president John Hearsch said concrete sleepers had been placed by the track for insertion between Sea Lake and Berriwillock.

A mix of concrete and timber sleepers had also been dropped off, between Berriwillock and Wycheproof.

"Gauge convertible concrete sleepers of the type suitable for grain lines have never been used or approved for use by V/Line and as such, none have ever been manufactured," Mr Hearsch said.

"Therefore, short term, only timber sleepers should be used on these lines pending a more sensible and sustainable track maintenance policy being adopted.

"In any event, it is unconscionable that non-gauge convertible sleepers be used on lines that will remain as candidates for standardisation even though this work cannot be funded at present."

He said the use of concrete sleepers, all of which would have to be removed and replaced as part of any future standardisation project, also has the effect of dramatically inflating the future cost of such work.

"It is as though a deliberate strategy has been developed to make future gauge standardisation so expensive that permanent retention of broad gauge becomes a self-fulfilling prophecy."

"Most new sleepers will be timber with a small section at the Sea Lake end of the line being replaced with new concrete sleepers," he said.

The state government has also been contacted, for comment.