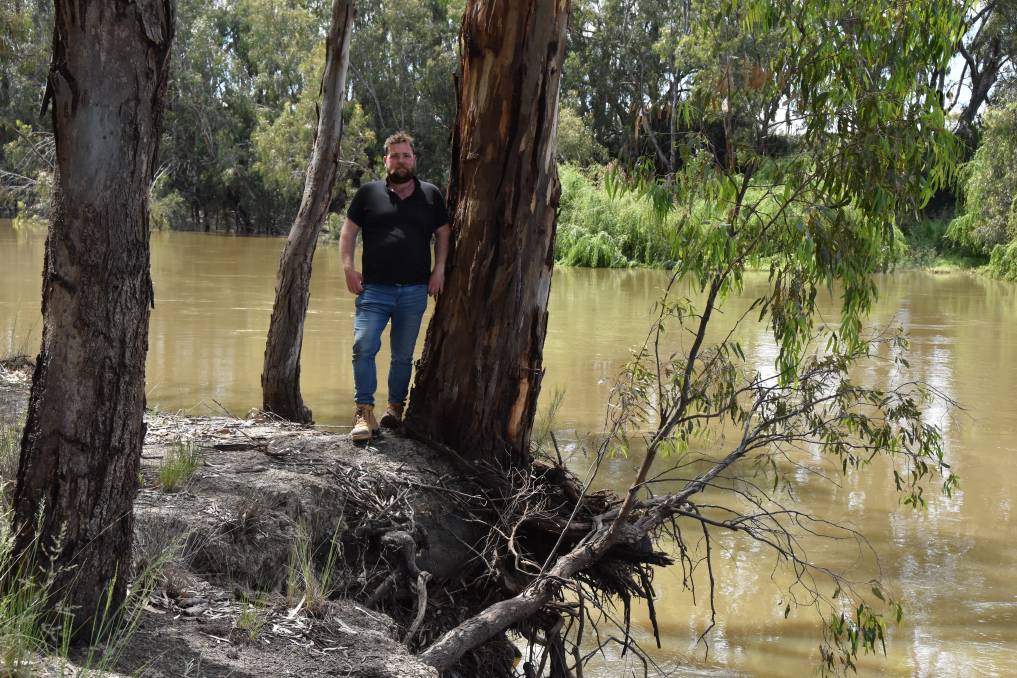 CHOKE CONCERNS: Speak Up deputy chair Lloyd Polkinghorne is among those hwo have expressed concerns about the possible reason for a sand "slug" in the Barmah Choke.

There's been a sceptical response to claims water flow through the Barmah Choke has been restricted by a slug of sand, which has settled on the Murray River bed.

The Murray Darling Basin Authority says a three million tonne "sand slug" is blocking the flow of the Murray River, through the Choke.

The government rejects suggestions for a pipeline around the Barmah Choke

But Speak Up deputy chair Lloyd Polkinghorne says the MDBA report was "incomprehensible".

"I've heard some weird excuses for this failing Basin Plan, but this takes the cake," Mr Polkinghorne said. "Next thing you know, we'll be told fairies have been found in the Barmah Forest ... which is probably just as believable as this gold-mining theory.

"For more than five years we have been calling on the MDBA to acknowledge there are problems with the Basin Plan so we can all work together on appropriate, achievable solutions. "

Speak Up would write to the MDBA to seek assurances the gold-mining theory had been appropriately peer-reviewed.

"In November 2019 the MDBA released a fact sheet stating the capacity of Barmah Choke was restricted to 7,000 megalitres a day, down from the 8,500 megalitres/day in 2010," Mr Polkinghorne said.

"Yet this week it says the Choke's capacity is 9,000 megalitres a day.

"Perhaps, like so many parts of the Basin Plan, it's all just guesswork."

Mr Polkinghorne said the MDBA had previously blamed boating and recreational activity for riverbank erosion but continues to turn a blind eye to the real reason for the problem, being excessive flows.

"If it talks to people who have lived for generations along the river it will learn more about its characteristics and environs than from a computer model in Canberra.

"But I don't think that will happen because there does not seem to be the appetite to acknowledge the true reasons for environmental damage."

Wakool River Association chair John Lolicato said for more than 10 years, community representatives, and many locals had been "hammering" the MDBA to accept that the channel capacity of the Barmah choke was dramatically reducing.

"Instead of acknowledging the natural constraints of the system and managing it accordingly the MDBA are prepared to clutch at straws to blame our pioneering gold miners from over 100 years ago on the collapsing capacity of the Murray River," Mr Lolicato said.

"Up until 12 months ago, they still would not acknowledge the problem.

"The demand for extra water downstream, both from the environment and production is continuing unabated."

He said Lake Mulwala would have acted as a sediment trap since 1939 when Yarrawonga Weir was built.

Yea beef producer Jan Beer said the Hume Dam would also have had an effect.

"There are many sources responsible for the sediment slug and gold mining sludge from the 1850's is only part of that," Ms Beer said. "Other sources are boating activities, bank erosion due to constant unnatural flows churning water down the rivers, stock access to river banks and poor management by water authorities.

Authorities had failed to acknowledge the constant bank erosion and tree fall created by the ever-increasing volumes being pushed down the natural capacity of a fragile river system.

The MDBA was making statements with absolutely no data to back them up and failing to quantify their assumptions on the sand sediment slug source.

They had failed to undertake any scientific sediment tracing.

"The massive sand slug in the Barmah Choke has, in 86 years from 1850 gold discoveries to opening of Hume Weir 1936, moved from the upper Murray tributaries such as Mitta Mitta, Cobungra, Ovens, Kiewa, downstream of the Hume and Mulwala Reservoirs prior to their construction," Ms Beer said.

"It's taken another 84 years, 1936-2020, to move from Mulwala to the Barmah Choke. And no-one at all noticed any change anywhere else in the Murray capacity?"