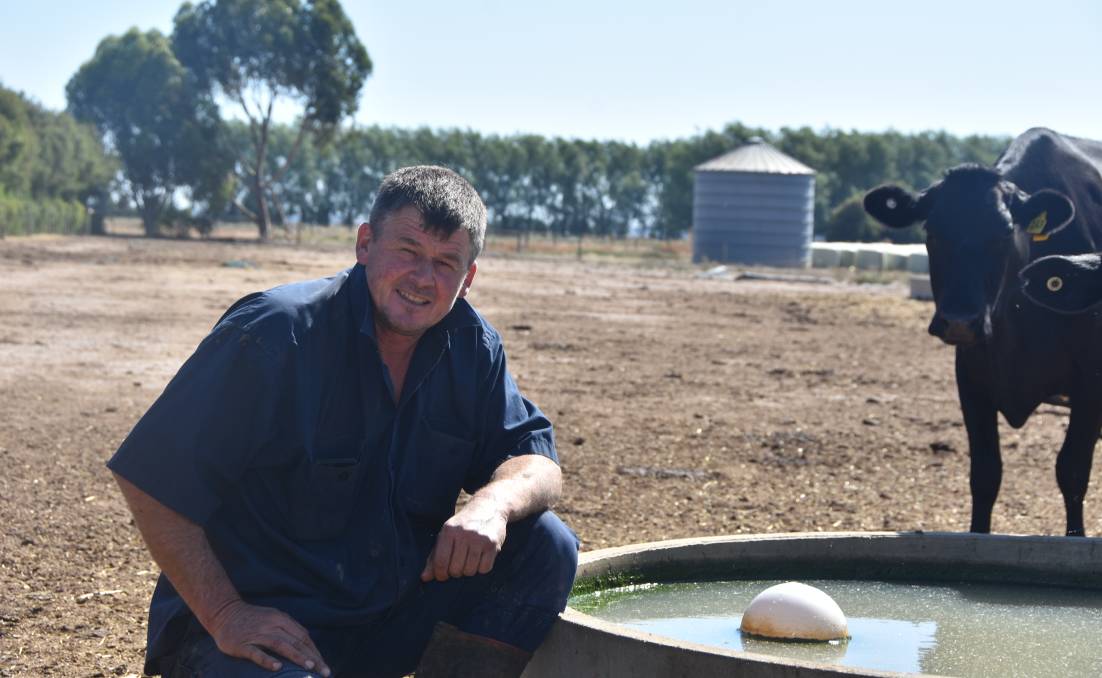 SHORT TERM PAIN: Echuca dairy farmer Steve Hawken said low numbers, which caussed Greenham to close its cow line, would work out for the best, in the end as farmers rebuilt herds.

Job losses but Greenham hints at future developments for its Tongala plant.

Meat processor Greenham has rejected claims it's closed down its Tongala plant, saying it's reduced its production to a single shift.

In a letter to suppliers, Greenham group general manager operations Tom Maguire and group livestock manager Graeme Pretty said the decision was based on forecasts that cattle supply would be at record lows, for at least the next two years.

"We could not get sufficient numbers to keep production levels higher," they said.

"Unfortunately, that meant that we had to make a number of redundancies on site late last week.

"We have done our very best to find alternative jobs for people that have been affected."

It's believed up to 65 jobs were lost, at the plant.

"We are proud of our company's legacy at Tongala and, rest assured, we have big plans for the future," Mr Maguire and Mr Pretty said.

"We look forward to writing to you to tell you about these plans in the coming weeks.

"It is great that the drought has properly broken across Australia, and this should give all of us in the industry great confidence for the future."

Greenham's website says the plant buys cows from more than 4000 suppliers, processing cull cows and bulls for the US lean manufacturing beef market.

Dairy farmer Steve Hawken, Echuca, said he had supplied Greenham in the past, but not recently, as the prices they offered were a "bit lower" than he would have liked.

"I think the reason they are not getting the stock is because of the improvement in rainfall and water price," Mr Hawken said.

"That's going to cause a bit of short term pain, for some sectors.

"But, in the end, it's good for everybody, including Greenham.

"You have people keeping cows, so they are breeding, they are multiplying, rather than going the other way."

"I always look around for the best price, and it's not always Greenham," he said.

"I've spoken with Graeme Pretty on a few occasions when I wasn't happy - I did indicate the cheapest cows for you to buy are the ones on your front door.

"If those blokes are sending cows elsewhere, and you are bringing cows from further afield, you need to look at that."

Thomas Elder Markets commodity market insights co-manager Matt Dalgleish said the closure could be in response to the dairy industry's changing dynamics in the area.

"There are a significantly higher number of people taking advantage of these high cow prices, and exiting out of dairy," Mr Dalgleish said.

"That, combined with tough times broadly for processors, have compounded difficulties around the stock they would normally get from dairies."'

He said in December a NSW abattoir closed for eight months, from January.

"It's not uncommon to see processor closures around these times when they are in negative margins.

"Now we are in significant negative margins, it doesn't surprise me we are seeing some of the smaller operators - that haven't got access to the economies of scale - or maybe not as deep pockets, looking at either short term or permanent closures."

Mr Dalgliesh said the season was not going to get any easier for processors.

"In the last two decades, processors have managed to realise a $35-50 a head profit, on average, so a $130 loss is a significant loss to carry for a long period of time."

The increase in the Australian dollar had also exacerbated the problem.

"The US has gone into liquidation, in their herd, so that has kept their prices down a little bit.

"They set the local benchmark and we are currently a 20-25 pc premium to the US, so we are significantly overpriced, in a global setting."

Dairy Australia industry insights and analysis manager John Droppert said estimates showed the national herd shrank by eight per cent in 2019-20, driven by higher culling rates in the first half of the season.

Higher cull rates were reported in Queensland and Victoria.

"During the second half, culling eased as more favourable weather and a high milk price prompted farmers to hold onto cows," Mr Droppert said.

"Data suggests that culling in the last quarter of the year dropped more than 30 per cent, compared to the same time the previous year.

"Our current view is that Australia's national dairy herd will continue to stabilise in 2020/21 but the season was down around 0.6pc compared to last year, as a result of ongoing farm exits."

He said there woulnd't be a significant rebuild in the short term.

Kyabram share farmer Chris Blackberry, said he believed the cow line's closure was probably due to the lower number of stock that was available.'

"I've noticed less numbers at Greenham in my trips there, during the last 12 months," Mr Blackberry said.

"You used to go up there, and there was stock everywhere; the pens would be all full, and clearly you could see some of them were from northern Australia

"They weren't our local cows, they were Brahmany type ones from up north, but you don't see too many of them now."

He said it was easy to sent chopper cows to Tongala.

"Sometimes we might send a load to Shepparton, they might be bigger, more solid ones that might a attract a bit more bidding, but generally 50 per cent, or more, of ours would go to Greenham."

He said he wasn't concerned, after Greenham contacted him to clarify the mooted closure.

"They are still open for business - that is a bit of a relief there," he said.

"It would be a pain in the butt, if you had to hold onto a cow for an extra week or two, to get it to the markets."