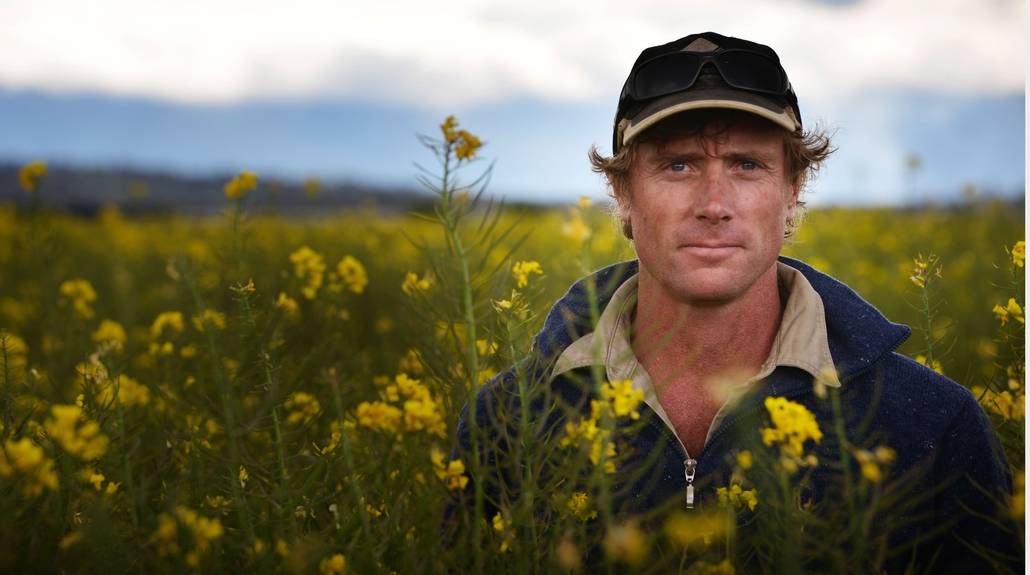 Another good yielding cropping season for Tasmania, but rain has slowed the harvest.

Tasmania's aquaculture industry is driving significant growth in demand for locally-grown grain, but canola is the state's standout, according to grain buyer XLD Commodities.

Late last year, ABARES lifted its Tasmanian wheat forecast to 56,000 tonnes, up from 51,000 in September.

That was around the same figure for the previous year, but well above the long-term average of 49,000 tonnes.

About 95 per cent of Tasmania's grain would go for animal and fish feed, according to XLD Commodities managing director Paul Willows.

"That's [our] forecast, at least for the next two years.

"We are probably slowing down a little bit, but I definitely think there is a growth in feed grain demand there, because of growth of those industries."

Tasmania is a net importer of feed grain.

"Farmers are spoilt for choice, so grain prices, where they are, should provide opportunities for some growers," he said.

"But for me, canola is the stand out crop, in terms of gross margin.

"The crops have been exceptional, certainly the oil quality and quantity of the seed has been really good.

Some of the canola would be crushed locally, while part of the crop would go overseas or for stockfeed.

"The farmers are getting better at growing it," he said.

"There are always climatic conditions, but they are getting used to growing it and becoming more proficient.

"Each year, they get better, the cool finish helped, but they had to nurse it through a wet winter."

Mr Willows said Tasmania had a very long window to harvest, from the start of December to the end of March.

"Harvest down here is a marathon, rather than a sprint," he said.

"It's a typical Tasmanian harvest - wet weather, problems with getting the moisture right so you can strip it," Mr Whitelaw said.

"The yields are typically Tasmanian, which are usually excellent."

He said changes to agronomics, particularly from Southern Farming Systems, had seen adaptation to growing crops that went well in a wet environment.

"That has translated into a) less losses, and b) higher yields," he said.

"Varieties, designed for the northern European climate, that is also Tasmania, have also been introduced."

"The perennial issue is high moisture, so we don't seem to get a clear run at it," Mr Castle said.

"There were some wet days and now we are plagued by an outlook of wet weather.

"It's a late season this year; grass seed is still being harvested, as it's worth so much money, that's a priority."

Winter barley was still being harvested.

"We had guys harvesting until two or three o'clock in the morning, it's not very often you get that happening," he said.

Mr Castle said Tasmania had very high value land and cheap water and predicted there might be a dip in grain plantings.

"People are waking up to the fact you are growing low risk crops on high value land," he said.

"It's inevitable, as they become more familiar with irrigation, they will move up that value chain in terms of high value crops.

"But wheat and barley will always be part of a rotation, I just think they will be dialed down.

"Meat prices are at historic highs.

"You just need a ute, a dog, and some barbed wire to do it, so there is not a lot of risk and you can make cracking money."

Tasmanian farmers would always find a market for grains, as they were always part of the rotation.

"There is more and more on-farm storage, so they have a lot more marketing control, as well, which is good," Mr Castle said.

Nile, Tas, mixed farmer Michael Chilvers said while crop and oilseed growers were about a month behind in their season, many were saying it was their best ever season.

"We are almost four weeks behind, due to continued rain and high moisture, high humidity, combined with late crops," Mr Chilvers said.

"It was way too wet over winter," he said.

"We had country we couldn't even get in to crop over autumn, so we have some very late barley.

He said the spring rains had been "particularly effective" in helping finish off crops to their full genetic potential.

"We've had a great livestock season and we had some pretty high grain yields, well over 12 tonnes per hectare," he said.

"And 10 tonnes is not uncommon this year."