Revival of an old plan, to bypass the Barmah Choke, rejected by the Victorian government. 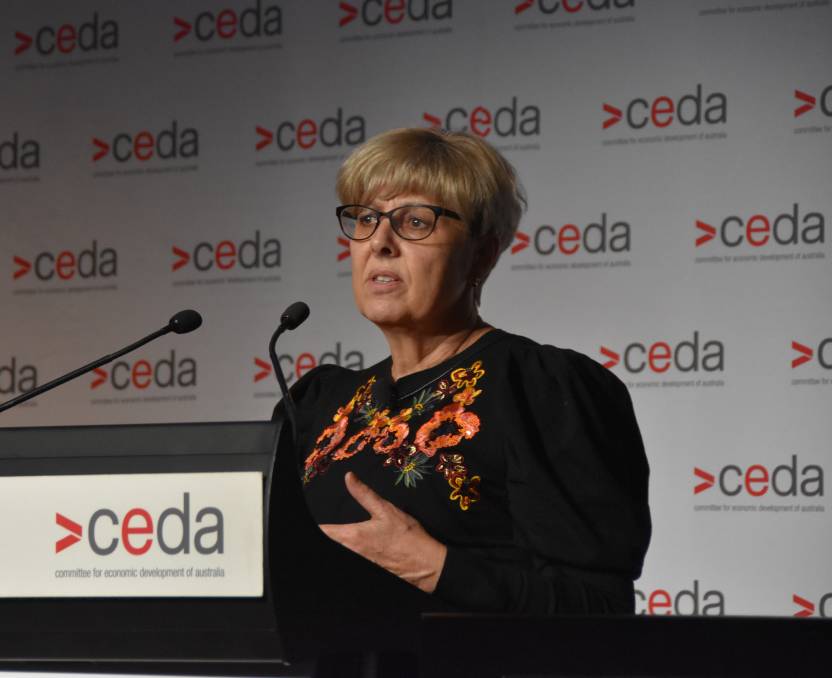 The Victorian government has poured cold water on the possibility of building a pipeline to bypass the Barmah Choke, the lowest flow at any point on the Murray River.

The Choke is a narrow section of the Murray River that runs through the Barmah-Millewa Forest.

It restricts the Murray River flow to about 7000 megalitres a day, limiting the delivery of irrigation water during periods of peak demand, usually during spring and summer.

But Victoria's Water Minister Lisa Neville said while the government was open to looking at options to reinstate some lost capacity, they had to be projects that did not just shift environmental problems elsewhere or result in higher costs to irrigators.

"The proposal for a pipeline around the Choke has been raised before and we are not convinced it's one that stacks up," Ms Neville said.

"We have agreed to the Commonwealth undertaking a feasibility study into this issue, but would like to see alternative options explored in the first instance."

In 2007 the state government pushed for the construction of what was known as the Murray-Goulburn Interconnect, a 70-90-kilometre channel to bypass the Barmah Choke.

The channel would divert water around the choke, and its associated Barmah-Millewa forests, and into the Goulburn River for delivery to irrigators.

A government spokesman said a number of proposals had been raised in the past, but had not been pursued because of up-front capital costs, ongoing operating costs to irrigators and environmental and cultural heritage impacts of these projects.

But Southern Riverina Irrigators group chairman Chris Brooks rejected the claims, saying he believed planning for the pipeline was underway.

"The minister said (his department) had done all this consultation, to see how they could get additional flows downstream," Mr Brooks said.

"He is setting up contracts to build the pipe, to get started."

Mr Brooks said it would be repeat of the $467 million Broken Hill drinking supply pipeline, which was found to properly account for environmental costs and focused heavily on benefits to upstream irrigators.

The Broken Hill pipeline runs for 270 kilometre from the Murray River in Wentworth.

"They just want to bully ahead to make arrangements to steal our water permanently," Mr Brooks said.

"If the irrigators in the north stopped taking our water, that water wouldn't be required through the Choke, at all.

"Federal Water Minister Keith Pitt is Bob the Builder, he is the Minister and he can do what he likes.

"They are going to try and pipe the mighty Murray - how environmentally friendly is that?"

Ministers requested the panel continue to work with officials and report back to the next MinCo meeting.

Ministers agreed to commission a feasibility study to explore the options to optimise Barmah Choke's capacity and reduce the risk of a delivery shortfall in the Murray River.

In its communique, Ministers said the risk of being unable to meet demand downstream of the Barmah Choke was real and increasing, due to several factors, including a 20 per cent reduction in river channel capacity over the past 20 years.

Federal Water Minister Keith Pitt said the study would examine some of the community's issues about the Choke.

"These include erosion of the banks and potential for bank collapses caused by well-known issues, and a reduction in the amount of water that can move through the Choke before flooding over the river bank," Mr Pitt said.

"The study will consider a range of potential solutions to deliver more efficient operations in the best interests of all parties, and communities and other stakeholders will be consulted through that process.

"I expect the results of the work will be available around mid-2022."

He said the study would provide information on the Choke, but did not represent a decision to do any works.

The current trade restrictions would remain in place.