Agents yarded about 2000 cattle at Bairnsdale on Friday. 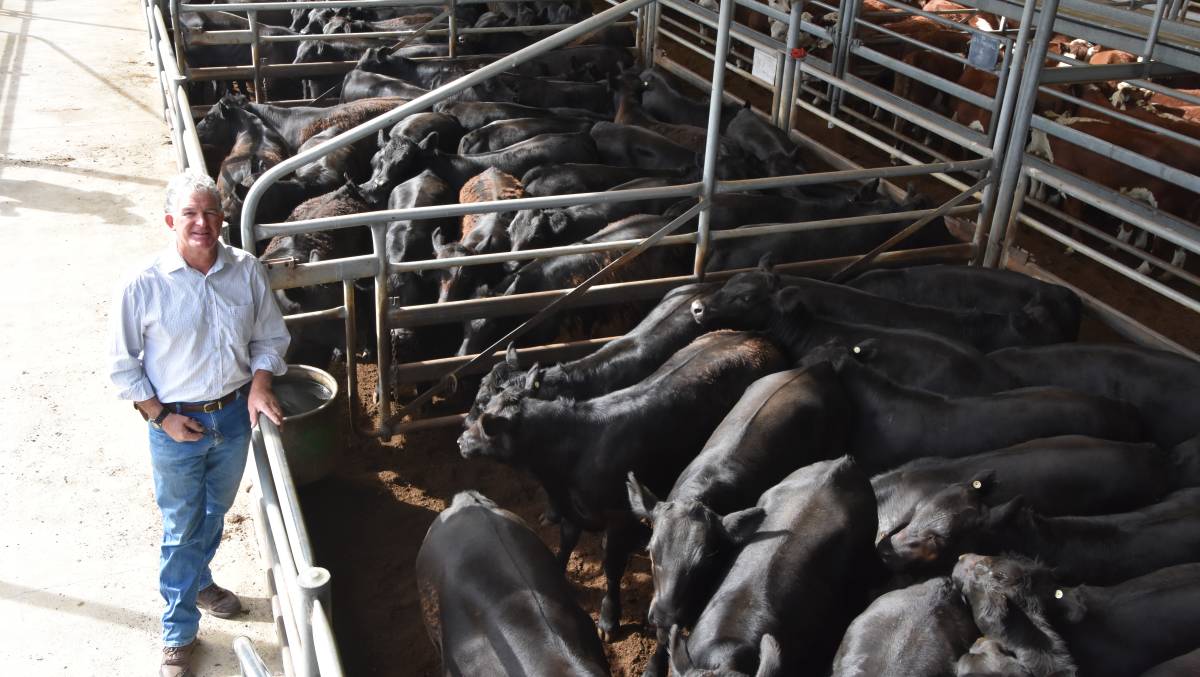 Agents yarded about 2000 cattle for the feature East Gippsland sale which included several annual drafts of Angus and Hereford calves.

Feedlot activity was minimal during the fortnightly store market, with most of the cattle bought by local producers or agents and producers from South and West Gippsland.

Bill Wyndham auctioneer Colin Jones said dry conditions in East Gippsland had contributed to an influx of cattle to the sale, which was initially expected to include only 1200 cattle.

"It has got dry but at least there is feed compared to 12 months ago," Mr Jones said.

"As people would remember, 12 months ago we were still smoked out but at least this year we have the grass cover to keep the cattle on."

Phil and Kerry Geehman, Ensay, also sold an entire draft of steers which made more than 500c/kg.

"The Geehman's cattle unusually go back to the same buyers each year and they were here again today to buy them," Mr Jones said.

Elders Bairnsdale livestock manager Morgan Davies said the warm conditions would like increase the size of store sales in the coming months.

"It all looked very solid to me and everyone came here with grand expectations thinking their cattle would make pretty serious money and I don't think they would be disappointed," Mr Davies said.

"It's going to get pretty hot now and we expect more cattle to come onto the market in the coming sales."

"I thought it was strong enough and it was helped with a good buying group present," Mr Obst said.

"There was an outstanding display of East Gippsland-bred cattle overall and they presented very well."