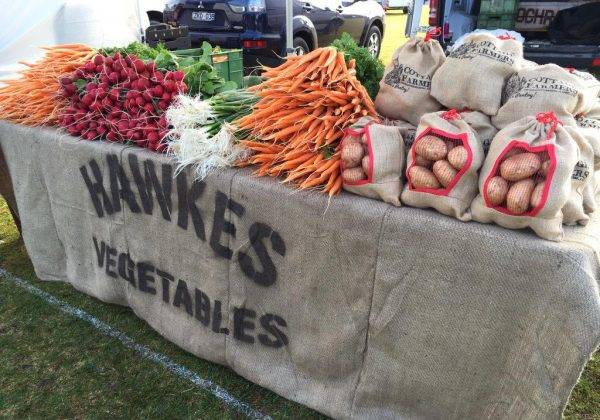 Planners looking at Melbourne's Green Wedges and peri-urban agricultural land may need to rethink their definition of farming, according to one prominent academic.

Submissions on a Victorian government's Green Wedge and agricultural land review - an area within a 100-kilometre radius from central Melbourne - are about to close.

Submissions on the consultation paper close on Friday, February 5.

RMIT Centre for Urban Research Associate Professor in Sustainability and Urban Planning Andrew Butt said the review came at an opportune time, particularly over farms selling produce from their properties.

Farmgate stores on the Mornington Peninsula have run afoul of the local council, enforcing the Green Wedge planning rule that only allows them to sell produce from their own, or an adjacent, property.

"These farm businesses have a very different model as to how the planning system thinks about what is meant by farming,' Assoc Prof Butt said.

"The planning system is designed to think about a farm as a dryland cropping business that grows stuff and sells it.

Planners needed to "think differently" about how a farm business might look.

"I think it still needs to be focussed on that idea of primary production, but I think the scope of what the business is - from beginning to end - is possibly greater than what the planning system presently recognises as the farming."

"When you have farm gate sales it becomes problematic," Assoc Prof Butt said.

"There are examples up in Sunraysia where farmgate sales became massive fruit supermarkets, where most of the stuff did not come from that site.

"It was competing with urban retailers and generating traffic, without meeting its obligations, as regards parking and all the rest of it."

There was significant tension, within the planning rules, around what was "ancillary uses."

"We have seen that recognition in how tourism becomes part of the rural landscape."

He cautioned against allowing agricultural industries to be replaced by housing, as happened with orchards in the Yarra Valley in the 1960s and '70s.

"I understand fully that many of the sorts of the industries that were common in those regions are no longer going to be so, but I think the opportunity cost of losing them is quite significant," he said.

"People might ask, 'why are we saving this industry? But now the region is the home of the really valuable wine and grape tourism industry.

"The opportunity cost of saying, 'orcharding has gone, we might as well build houses on it' is quite considerable.

"To have foreseen that possibility would have been quite tricky.'

"But we certainly know one thing for sure - if we just simply assumed orcharding collapsed in the 1970's and we should just build houses on the Yarra Ranges, would have seen the growth of the industry, we have seen now?"

He said the review came at an opportune time, as pressure for urban growth had slowed, due to the coronavirus pandemic.

"The politics of constraining Melbourne's growth have been very difficult over the last 20 years," Assoc Prof Butt said.

"Probably the time is right to have a little bit of a reset, on how much we push land-use change and urbanisation on Melbourne's fringe.

"Hopefully we can think about what these places are for, and it might not be just for future residential land."

University of Melbourne Food Systems lecturer Rachel Carey said she was hopeful the process could be seen as a "pivotal moment", when action was taken to protect Melbourne's Green Wedges and food bowl from development

"We have a better understanding now of the importance of these areas to our fresh food supply, and the disruption to food supplies during COVID-19 has only strengthened the arguments for protecting local farmland and supporting local food production," Dr Carey said..

"Most people recognise that it makes no sense to put houses on good farmland - to pave over the places where our food grows.

"People expect government to plan in a smart way for the long term so that there are places that we say we're just not going to build to give those areas certainty so that farmers can invest with confidence."

"The cost of farming on Melbourne's fringe can be challenging, but city fringe farmers have the advantage of being close to markets," Dr Carey said.

"Government can promote farm viability by investing in infrastructure that connects farmers directly to city consumers and businesses and enables farmers to value add, so that they can capture a greater share of the food dollar."

Jen Sheridan, Open Food Network, said it was positive the plan articulated such a strong commitment to preserving agricultural land.

"It recognises the importance of feeding Melbourne and there are some really sensible suggestions, within it," Ms Sheridan said.

"There are some positive changes around recognising the realities of what it is like to run a farmgate store, understanding it is quite a challenging thing only to sell your produce.

"I think recognising that farmers in this region are often very viable and contributing a great deal, in terms of the liveability of Melbourne, in terms of its food culture and access to fresh produce."

. allow the sale of ancillary goods (such as crackers and bottled drinks) to be consumed with the primary produce (e.g. cheese or strawberries)

. allow the sale of produce from land held in one ownership to support farms comprising divided holdings in the same ownership

. allow a percentage of produce sold to be sourced from local producers within 5 km of the use.

Ms Sheridan said while it would have been wonderful to have saved more agricultural land, Melbourne still had "an incredible food bowl around it," which was still worth supporting.

"This region is only going to become more important, in our changing climate," Ms Sheridan said.

"We can only hope the government has the support needed to carry through some of these suggestions.

"One of the strongest things that came through in the consultations I attended is the suggestion that all agricultural land in this region is strategic,' Ms Sheridan said.

"There is no such thing as pockets of high value, strategic land, in terms of future proofing our food system and Melbourne's food bowl."

He said planners needed to be more "open minded" when it came to farmgate businesses.

"Given that land values in the Green Wedge are so high, trying to solely grow produce and sent it to market is impossible to warrant a return on equity," Mr Hawkes said.

"We can't compete with the Collins Street farmers - the farmland in our area gets tied up by hobby farmers.

"They buy it because they want to own a bit of land, but they have no intention of farming it and it becomes full of weeds."

He said if it wasn't being farmed, it should be taxed.

"If you have network of farmgates, operating in a region, there is a very clear market for their produce."

"Not everyone wants to invest in large scale operations," Mr Hawkes said.

"If you just grow olive oil, or some eggplants or tomatoes, you can't afford to have a farmgate there.

"We can sell their produce and give them the kudos for what they are doing and tell people their story."