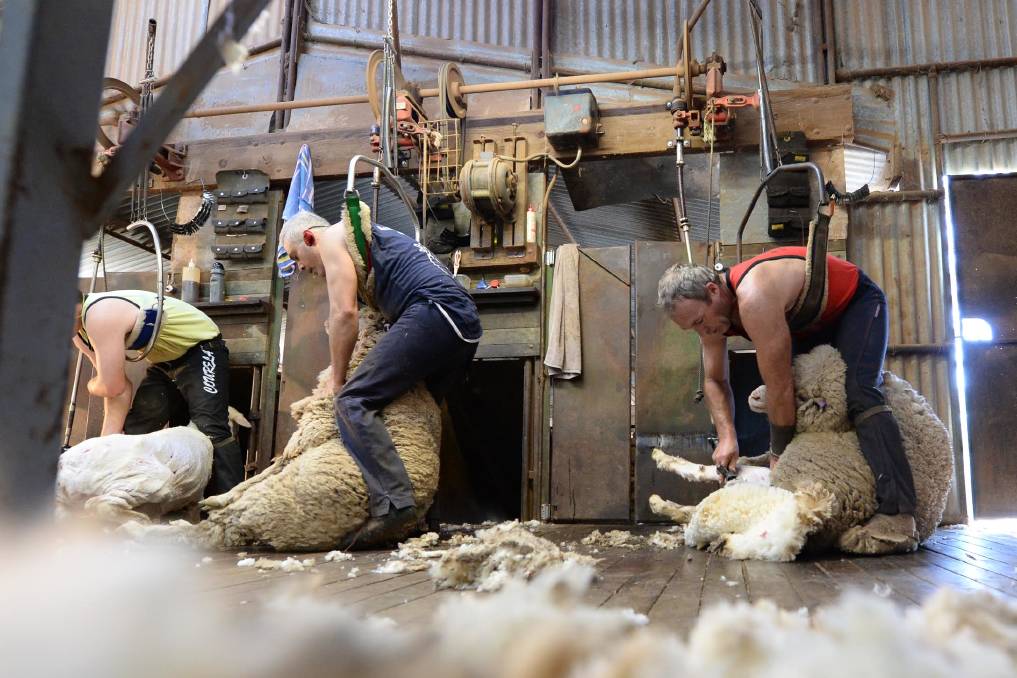 The payment of above award rates for shearers is proof farmers can afford to pay more, according to the Australian Workers' Union.

Union officials say farmers are already paying above award rates to secure shearers as proof they can afford to pay more.

Union officials say farmers are already paying above award rates to secure shearers as proof they can afford to pay more.

The pastoral industry this week slammed the Australian Workers' Union over its bid to lock in a $1 rise in award rates per sheep shorn, an effective pay rise of more than 30 per cent.

The suggested rise from $3.24 to $4.24 a head was described as "opportunistic" by several farm groups who say pandemic restrictions have led to a shearer shortage.

Contractors are paying as much as $6 with rumors of payments of $8 per sheep shorn to secure shearers for farmers.

"It says there is scope in this industry to be able to afford these rises," Mr Cowdrey said.

The National Farmers' Federation said the claim was "ill-informed" and reeked of "shameful opportunism" during the pandemic.

NFF chief executive Tony Mahar said border restrictions had resulted in a worsening shearer shortage, with anecdotal reports of farmers offering well above award rates to get the clip off.

"Usually, the Australian shearing workforce is supported by international teams, particularly from New Zealand. COVID-19 has made this difficult, leaving Aussie shearers with a much bigger task.

"In stark contrast to the AWU's halfcocked comments, reports are that farmers are offering up to $1 above the award rate of $3.26 per sheep to get the job done."

Mr Mahar said the declining number of Australians taking up shearing was an ongoing challenge.

"The NFF and Wool Producers Australia continue to work collaboratively with the Shearing Contractors Association of Australia on ways to attract new entrants.

"If the AWU is seriously interested in the future of the shearing industry, we'd encourage them to engage with this work - a much more productive approach than lobbing cheap shots from their Sydney CBD headquarters about a profession and an industry they are obviously yet to understand."

"NSW and Victoria are currently in the midst of a shearer shortage and we are hearing of well above award rates being paid to get sheep shorn. There are a number of reasons for this current shortage but paying below the award is not one of them," Ms Hall said.

"WoolProducers are hearing anecdotally of shearers being paid by growers double the award in order to get sheep shorn, while many NSW and Victorian shearing contractors are paying shearers $4, which is well above the $3.26 award rate".

"The reason that these rates are being paid is supply and demand, there are simply not enough shearers to do the job at this point in time. The AWU are out of touch and making baseless statements does nothing to address the issue," Ms Hall said.

"There is a serious issue with attraction and retention in the shearing industry, which is due to a combination of factors. At this point in time, we as an industry need to consider all options to try and strategically address these issues however, we won't be making kneejerk and reactive decisions".

The AWU said the proposed $1 rise per sheep shorn "would boost wages by several hundred dollars a week and also help shearing contractors across [New South Wales] who are struggling to find workers".

Mr Cowdrey said the claim was "far from opportunistic" but a recognition the industry needed to pay more for shearers, shed hands and wool classers.

"It is a hard industry where workers are asked to work in all sorts of conditions, some of them which are deplorable," he said.

"It is not as if we are trying to break the bank.

"They need more young shearers coming through, they admit that, pay is a big part of that."

The AWU also wants the industry to introduce a mandated trainee ratio at all shearing sheds.

Mr Cowdrey claimed a reliance on overseas workers had not only resulted in lower wages but had also stifled recruitment of young trainee shearers.

"A mandated trainee ratio in sheds across the country will ensure that more young shearers will be able to get a start in the industry and provide them with all important job security," he said.