Labour shortages likely to have an impact for many months. 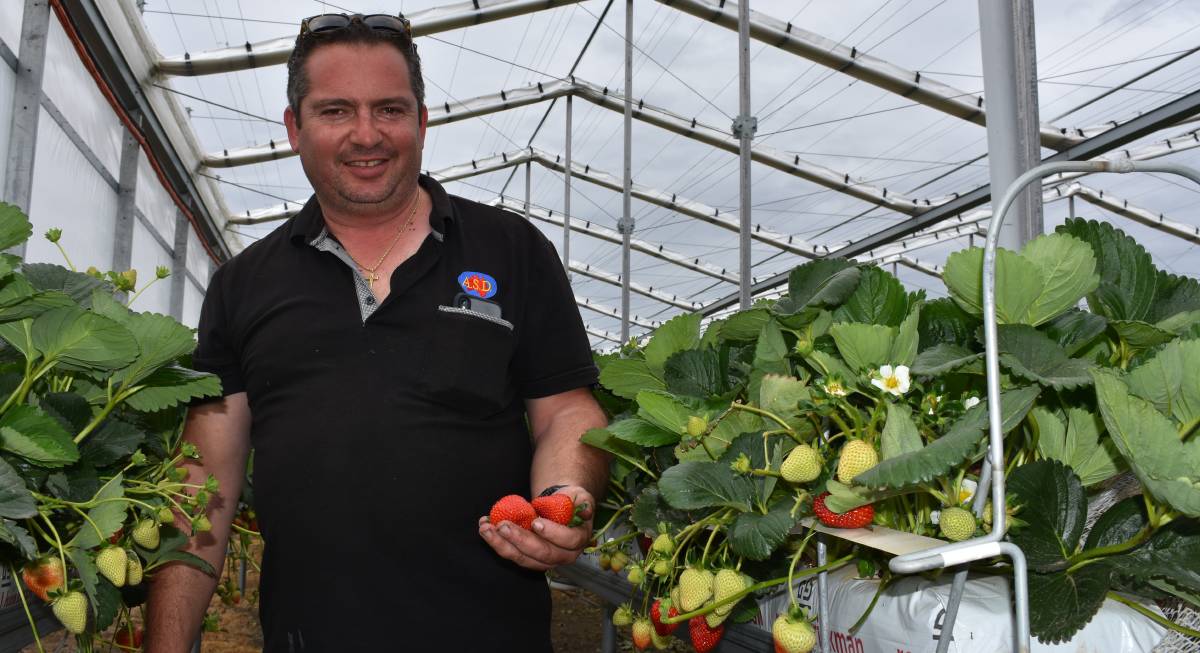 A prominent Yarra Valley strawberry grower says potential labour shortages have left him deeply concerned about this year, after "just holding on" during the current growing and picking season.

Australian Strawberry Distributors general manager Jim Ripepi said he had already lost about 10 per cent of this year's crop because of labour shortages.

"We were probably short 10pc of the workforce, so we are struggling," Mr Ripepi said.

While workers from Timor-Leste were allowed into the state, he said the $3500 quarantine cost for each one was "dynamite".

"It's just too expensive," he said.

With planting for next year's season due to start in May, Mr Ripepi said he was worried there would be an ongoing worker shortage.

"We are just holding on for this picking season, which ends in May," he said.

"We have had to let go of a few blocks [of strawberries], but we are extremely concerned for next season.

"I've got a lot of guys from overseas; they have stayed here for the last couple of years, as their visas have been extended."

He said he needed workers in May and June to start planting next year's crop.

"We don't know where we stand with our workforce," he said.

"So what do we do, do we not plant? If we do plant, how many people can we get to get the crop off?

Mr Ripepi's concerns come as the National Farmers' Federation reports crop losses across the country due to ongoing labour shortages are now at $38 million.

The National Lost Crop Register was launched in mid-December to capture the industry's actual cost from a lack of seasonal workers to harvest fresh fruits and vegetables.

A total of 55 growers from five separate states and territories have anonymously reported their losses to date.

Two individual reports, from one fruit and another vegetable grower, have exceeded $10 million.anu

Meanwhile, the Vanuatu government has put forward a proposal that could see more than 300 harvest workers a day brought into the country.

The Pacific Island nation, which is COVID-19 free, believes its plan is a ready-made solution to Australia's labour shortage.

The Vanuatu government said it could use its national airline, Air Vanuatu, to bring workers approved under Australia's Seasonal Worker Program.

Each flight is capable of bringing 160 people and it's possible for flights to go directly to large regional airports, such as Mildura, twice a day.

Letters outlining the proposal have been sent to federal and Victorian ministers, but despite the plan's potential, so far there has been little interest.

Former Vanuatu Chamber of Commerce and Industry president Sean Gilchrist, who recently returned to Australia after a decade in the country, said the offer was open to all state governments.

"We feel as though there is some real potential here if people were to sit down and look at it seriously," Mr Gilchrist said.

Vanuatu has been the largest Pacific labour supplier to Australia over the past five years and Mr Gilchrist said if the plan was approved, up to 5000 pre-vetted workers could be allocated in a very short period of time.

"The plane is sitting there doing nothing, so it could be fired up at the drop of a hat," he said.

The federal and state governments have been at each other's throats, arguing over who is to blame for the labour shortage, but Mr Gilchrist said Vanuatu's proposal "isn't about point scoring".

"It may not be the final solution, but we have three viable [quarantine] options on the table and they should be discussed openly," he said.

"It's a good solution that meets the immediate demands for producers and offers the employment required by Vanuatu's citizens."

AusVeg national public affairs manager Tyson Cattle said Vanuatu was central to any scenario that involved ramping up the number of Pacific workers.

"We're aware of the proposal, we share their eagerness and we're just as keen to get a result," Mr Cattle said.

"It just adds to our frustration, the state and federal governments need to work this out.

"We're now in the crux of harvest time for some states and we're still no closer to a solution.

"The current quarantine situation isn't working and there's a lot of other things the federal and state governments could be doing rather than finger pointing."

Federal Agriculture Minister David Littleproud said the states demanded to have responsibility for their own health and quarantine arrangements.

"If the Andrews government can create a special pathway for international tennis players to attend the Australian Open next month, surely they can also prioritise the needs of their own farmers," Mr Littleproud said.

Victorian's new Agriculture Minister Mary-Anne Thomas was asked about the Vanuatu proposal, but declined to comment specifically on the plan.

"Growers have told us that they need a range of workers to ensure this season's harvest," Ms Thomas said.

"We continue to work on options to address the shortage, including welcoming Pacific Island workers to Victoria."

She also pointed out the states were waiting for the Commonwealth's risk stratification work of countries in the Pacific region to inform quarantine requirements for seasonal workers.

"Everyone has a plan, except for the Victorian government," Ms Germano said.

"We are not asking for a bunch of workers, who get here then go off and find their jobs; the workers are going to create business continuity."