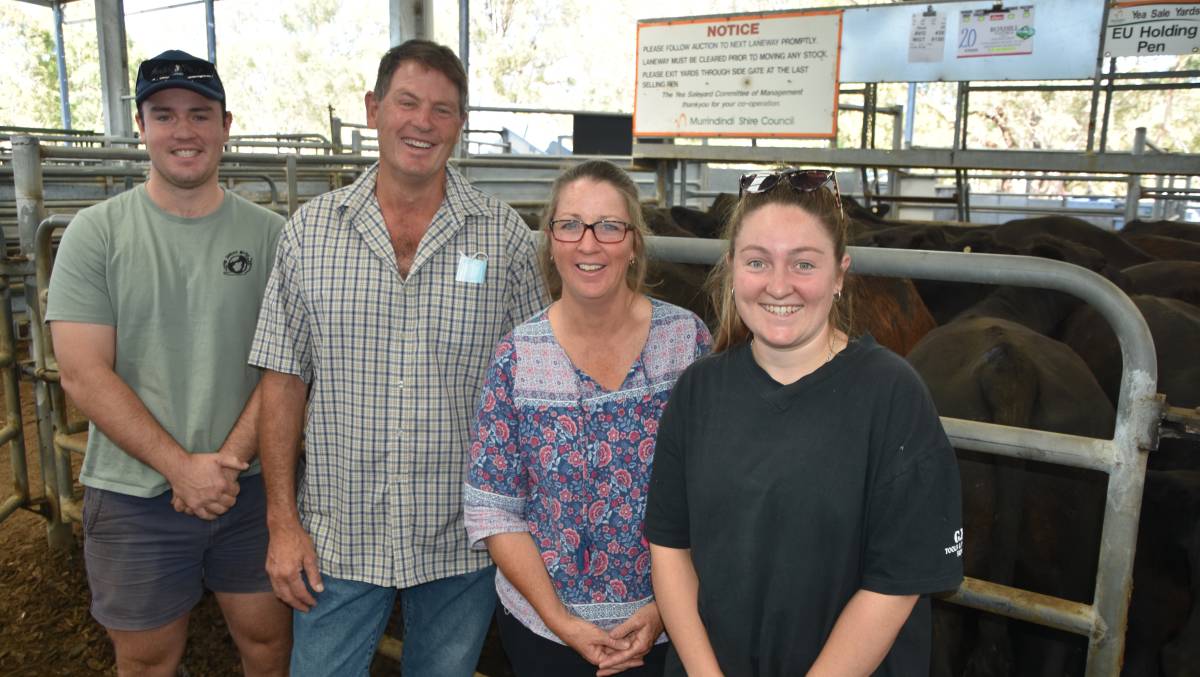 A consistent and even line of 3500 vendor-bred calves sold to extreme demand at Yea on Friday where Angus steers sold to a top of $2240.

The Elders' sale wrapped up a week of back-to-back weaner markets across north-eastern Victoria, the Western District and Gippsland where close to 40,000 calves were sold.

Vendors were rewarded with strong prices as restockers, bullock fatteners and professional buyers chased lines of cattle which were as much as 70 kilograms heavier compared to their siblings 12 months ago.

"It was a magnificent run of cattle and I haven't been to the Western District to see their sales but I would say it was as good of a line of cattle I've ever seen in my life," Mr Quinlan said.

"We got to the end of the inside steer run, up to 130-odd pens, before the weights dropped below 300 kilos."

Mr Quinlan said the average weight of vendors' top drafts was up 40 to 50 kilograms on year-ago levels.

He said the buoyant season was more noticeable in the second and third runs where weights were up by 60-70kg.

"About 10 per cent of the yarding will stay locally but a lot are headed to Gippsland and going north," he said.

"We had a lot of feedlotters buying cattle to background and the heavy cattle were very sought-after by the bullock fatteners."

Among the major buyers at the sale was Andrew Lowe, Wagga Wagga, NSW, who bought more than 400 cattle for several clients in the north.

"It was an amazing sale on the heifers with more restocker and breeder competition joining these heifers with bulls in the autumn," Mr Quinlan said.

"The thing that stood out was the even spread across the market right from start to finish.