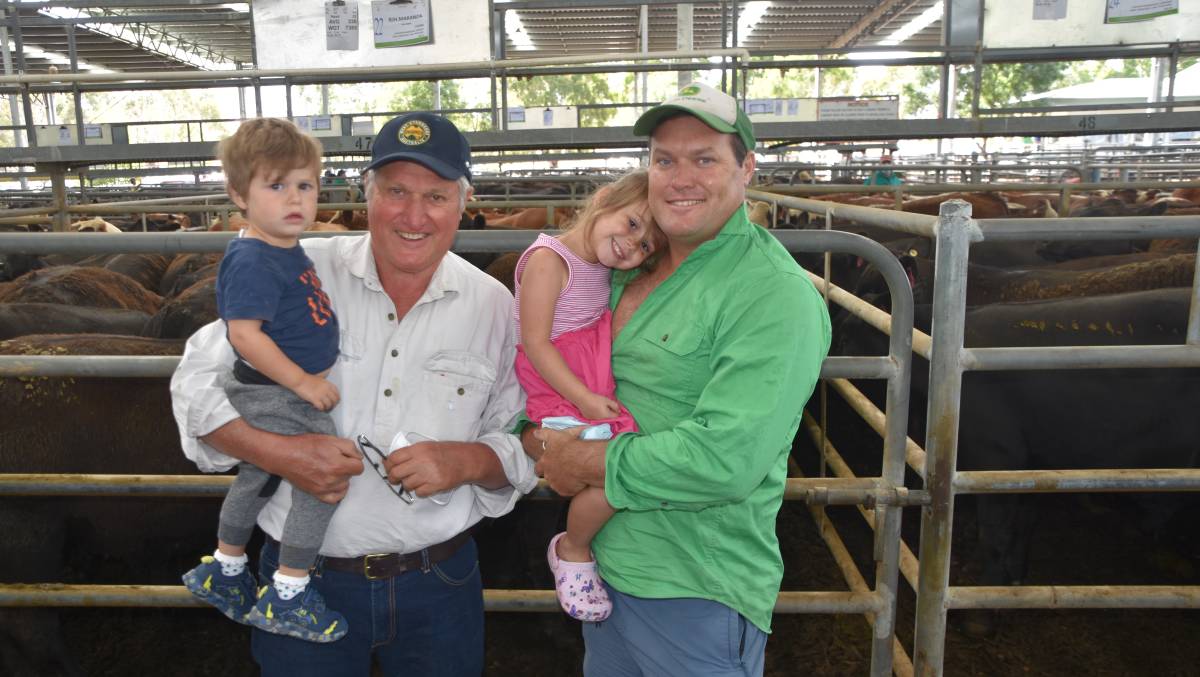 Feedlotters, restockers and commission buyers went head-to-head at Yea on Tuesday for the first of two feature weaner sales at the complex this week.

Nutrien Yea and Alexandra yarded about 2500 mixed-sex weaner calves for the special weaner sale where steers sold to $1900, while heifers topped at $1750.

The sale formed part of the Victorian weaner sale series where more than 40,000 calves are expected to be sold across the state in the coming days.

Agents estimated the overall yarding was 60 to 80 kilograms heavier than the 2020 sale with the first 48 pens weighing between 300 and 469kg.

"I was nervous coming into today and thought it could have been a touch cheaper," Mr Bush said.

"We had a calf sale in November and that was the peak of last year.

"People retained their calves for this sale and to their credit, it paid off."

Several feature lines of calves sold to strong demand including the first pen of 23 steers, offered by GW & ME Oliver, 410kg, which topped the sale at $1900 or 463c/kg.

Ten per cent of the yarding was purchased by four online buyers from three different states online via AuctionsPlus, equating to 253 head or 64 steers and 189 heifers.

AuctionsPlus data revealed there was 263 online bids and 226 registered bidders.

"People know what these cattle can do even when we're in a not-so-good year, so really, people are chasing these trusted genetics," Mr Bush said.-

"There was a lot of local support, a lot of feedlotters from north, south, east and west and Gippsland was very strong as was the Goulburn Valley and north across the border."

On a cents a kilogram basis, a pen of steers 22 European Union-accredited steers, 238kg, from Moroco West Station, Deniliquin, NSW topped the sale selling for $1500 or 630c/kg.

"Restockers had in their mind not so much a price per kilo but a dollars per head and that was shown when we got onto the lighter heifers because they rarely came under $1400," Mr Bush said.

"The cattle are weighed 60 to 80 kilograms heavier this year and cattle had leg and good breeding under them which was less obvious last year."