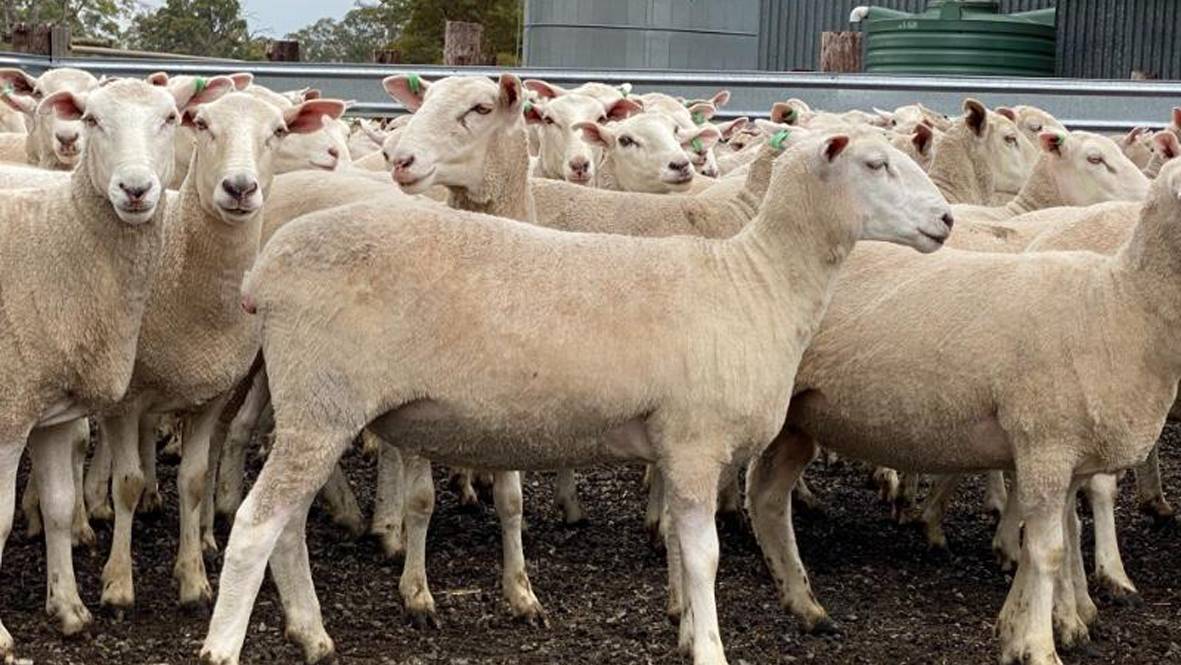 First-cross ewes sold to $396 and composite breeders to $334 at the annual Casterton store ewe and lamb sale last Wednesday.

The sale was conducted by Nutrien Ag Solutions and as a physical sale and sequentially on AuctionsPlus.

Nutrien's Greg Bright, Casterton, said the sale was good, but "not over the top".

He said there were only a few pens of first-cross ewes to quote but were definitely dearer than last year while the composites were equal with the 2019 sale.

He said the main buying competition was from locals from Mt Gambier to Warrnambool with limited demand from elsewhere.

He said the make up of the yarding was different from the previous year with very few lambs offered.

"There were a lot fewer lambs as people had got rid of their lambs because prices had been so good," he said.

He said some sheep might have been lighter than last year and some lacked the bloom of previous years.

"The slow start to the season and later the longer dry, rank feed meant the sheep just didn't do as well," he said.

Topping both the first-cross and composite sections was Tandara. Their 1.5 year old first-cross ewes, November shorn sold to $396 for a pen of 144.

Making $350 was a pen of first-cross ewes sold account Nangkita. The line was November shorn and by Deepwater Super Borders.

A line of composite ewes sold account Homebush that were Cashmore Park originally with Chrome and more recently Cloven Hills genetics, sold for $296. A second pen made $286.

Composite ewes sold account Gatum that were by Chrome rams out of Chrome blood ewes, sold for $294.