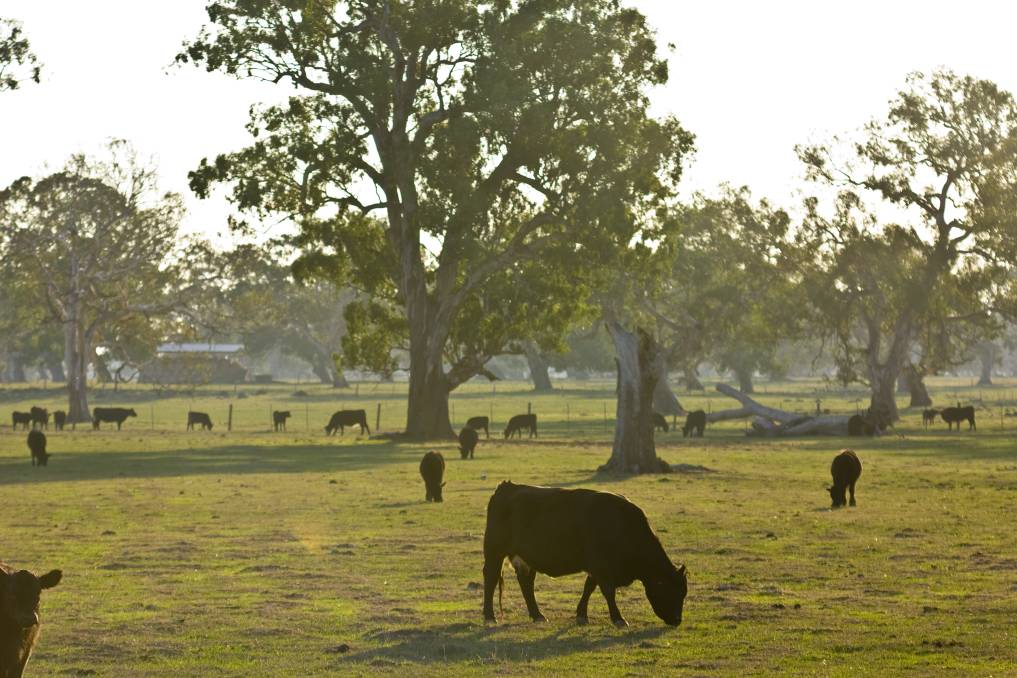 VIEWPOINT: Regenerative farming aims to increase the number of micro-organisms in the soil.

Some tips on regen ag.

As many farmers emerging from one of the worst droughts on record only to find themselves in an increasingly erratic climate, many of them are paying more attention to regenerative farming techniques.

The term regenerative agriculture means many things, but at its core, regenerative farming aims to increase the number of micro-organisms in the soil, which in turn increases the amount of carbon, water and nutrition of the soil.

Healthy Soils Australia chairman Tom Nicholas said for every extra gram of carbon in the soil, there was an extra eight grams of water.

"Regenerative farming is allowing nature to do its thing," Mr Nicholas said.

"We want to arm people with the knowledge to put this stuff into practise."

There are five basic principles of regenerative farming. First and foremost is "don't disturb the soil" and employ no-till agriculture techniques.

The second and third principles are to keep cover or "amour" on the soil - preferably green growing cover - and to keep living roots in the soil much as possible.

"Grow something is very important, because it's the plants that feed the soil micro-organisms," Mr Nicholas said.

The four principle is to create as much diversity as possible.

"Diversity in root ecology means more diversity in soil ecology, and the end result of that is more carbon," Mr Nicholas said.

Many regenerative farmers use a multi-species cover crop that may only be in the ground for eight or nine weeks, before being rolled or crimped to make way for the cash crop.

"Multi-species cover crops have been scientifically proven to be three times more water efficient than a mono-culture crop, and they draw in three times the amount of carbon," Mr Nicholas said.

The fifth principle is to then integrate animals into the system.

A common regenerative farming practise is to move livestock around more frequently in smaller paddocks, to give the soil and grasses more time to recover.

"Bovine animals evolved to manage the grasses, there is a real symbiosis there if they're managed properly," Mr Nicholas said.

Although the concept of regenerative farming has been around for decades, it's recently had a breath of new life, with many farmers suddenly open to a new way of doing things after back-to-back tough years.

"They're not angry anymore - in the past talking change got them angry, but they're past that," Mr Nicholas said.

"Many of them know what they're doing isn't working in the long term.

"Industrial ag is heading for a cliff. It's on this treadmill designed by chemical companies, who lock farmers into a system."

The thing that will drive change quicker than anything else is money, Mr Nicholas said.

"It's a no brainer - farmers doing this stuff produce more food off same area, food of better quality and building the system as their doing it," he said.

"On top of that, if you're a farmer, and every morning you wake up and think about what do for the day, most of the time you're spraying something to kill something.

"I can get you into space where you wake up and say 'how am I going to keep something alive, or make things live better'.

"Where would you rather be? It's as simple as that."

Mr Nicholas recommend anyone interested in learning more about regenerative farming read Dirt to Soil by Gabe Brown and Call of the Reed Warbler by Charles Massy.

Sponsored by
Property of the week | 730 Twomeys Bridge Road, Yatchaw.
Test
High Australian lamb prices has little effect on export market as demand remains competitive on global front.
Test
ABARES hears from global expert Len Steiner on Brazil, Argentina cattle
Test
Victorian farmers did not get their wish for people having to register to camp on Crown land leases.
Test
More modernisation planned for the Goulburn-Murray Irrigation District.
Test
Lighter cattle in demand at Powranna.
Test
The Resources Minister says the move will make it a permanent ban.
Test
Steers go back into the Euroa area, with prices remaining high on quality cattle.
Test