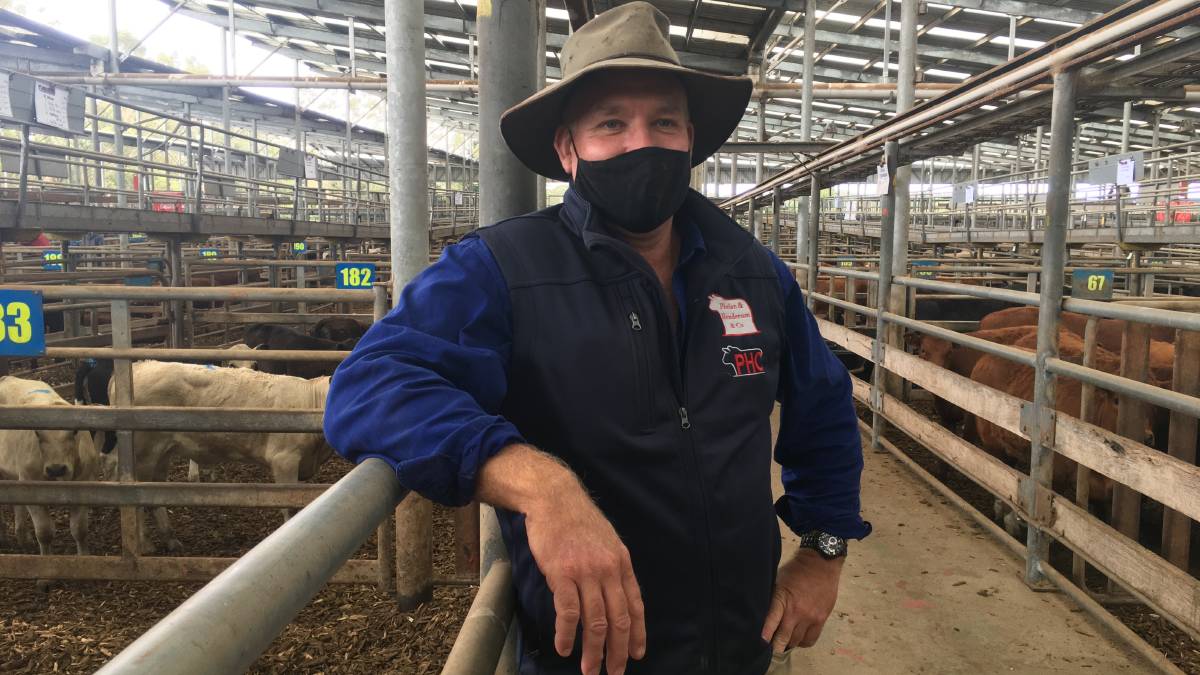 Saleyards across the sate found new ways to effectively operate under coronavirus restrictions.

Looking back now, the coronavirus pandemic had little effect on the selling of sheep and cattle in Victoria in 2020.

With 20:20 hindsight, there was little to panic about as a minimal number of sales were lost and prices, from February onwards, just continued to rise.

But the story could have been so much different with the selling process underpinned by one of the best seasons, feed-wise, in memory across south-eastern Australia.

Mr McDonald said after being advised that sales could continue as an essential service, saleyards quickly reacted to meet the necessary requirements, including cutting back to essential staff only, taking contact details of people entering venues, social distancing and hand sanitising.

He said having access to online platforms including AuctionsPlus and StockLive had also been critical to the functioning of physical saleyards.

One centre that reacted early to the strict coronavirus restrictions was the Western Victorian Livestock Exchange at Mortlake.

Mr Nash said the best thing to come from the restrictions was putting the two selling platforms together.

He said putting the physical market with the digital platform AuctionsPlus was a way of maximising the number of buyers able to operate.

"We were lucky to have the ring to sell fat cattle and then back to the pens for store stock with AuctionsPlus," he said.

"It meant a rearrangement of time to put together a catalogue that was true and accurate.

"Having Outcross already being used here and meshing in with AuctionsPlus was instrumental in the sales going ahead so well."

He said they were fortunate with the season being so good.

"But it needs to be recognised that it could have been a different story if we had not had the season we have had," Mr Tinkler said.

He said that 18 to 20 months ago in the autumn the drought conditions across a large area saw cows making under 100 cents a kilogram.

He said dams were low and fodder supplies also low and had COVID-19 hit then it could have been disastrous for the industry.

"We are just so fortunate that we've had one of the best grass growing seasons in living memory," he said.

He said there was no restriction on selling livestock on any given day, which was a great acknowledgement by the authorities.

The pandemic had also seen people realise that people needed to stick together a bit more.

Mr Tinkler said there had been some streamlining that had made the selling and processing sides more efficient.

He said there had been a big growth in the online selling platforms.

"That's not taking away from what agents do in the saleyards," he said.

"We have a unique skill and talent for what we do for our clients at the saleyard level.

"But we probably see the two come together now - the online option and the saleyard option - and that's potentially here to stay.

"It's a positive for the industry because that accommodates all parties.

"Logistics and travel is not always easy, so it will create efficiencies."

The sales program at regular store sheep centre Wycheproof was impacted by a combination of a good season and the coronavirus.

Elders branch manager Kevin Thompson said they had one or two fewer sales in 2020 but that was due to people holding stock because of excess feed as much as the cornonavirus.

He said plans were underway for sales to be conducted in 2021 once sheep numbers were known.

In the prime sheep and lamb pens, sales went ahead with strict coronavirus protocols in place.

The key was restricting access on sale days to essential personnel only, which meant restrictions on vendors and restockers.

Bendigo Stock Agent Association president Rupert Fawcett said it had worked well to enable the sales to go ahead.

Mr Fawcett said as restrictions eased, a set number of store buyers were permitted to attend.

He said another change to reduce the time buyers and staff were in the yards was selling some sheep before the lambs, making a shorter break before the balance of the sheep were sold.

He said the change in selling sequence helped reduce the pressure on agents and got people out of the yards earlier.

It needs to be recognised that it could have been a different story if we had not had the season we have had. - Matt Tinkler, Elders southern zone livestock manager

Down south at the Victorian Livestock Exchange at Leongatha, Phelan & Henderson & Co partner Simon Henderson said the saleyard had been aggressive in its approach to prevent a COVID-19 spread.

"Right from the start of the pandemic we've been on the front foot, with protocols such as the wearing of masks, signing in, the cleaning of hands and social distancing," Mr Henderson said.

"At the time a lot of people thought it was onerous and over the top but when they realised the severity of the virus, they all accepted the fact, which was that they could still market their livestock effectively in a rising market without coming to the saleyards, knowing their agents were doing a fantastic job."