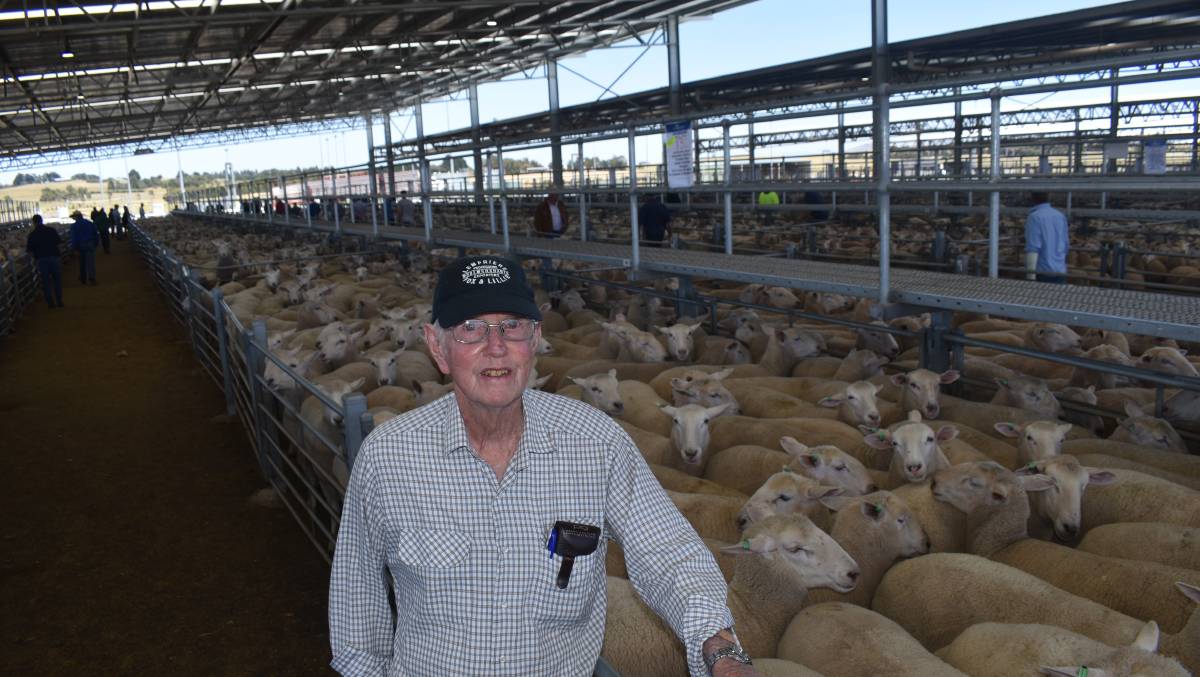 Vendors at the Ballarat first-cross ewe sale went home content as 1.5 year old ewes made a top of $430 and lambs to $292.

The yarding of just over 17,000 mostly annual drafts, comprised 13,000 ewes 1.5 years old and the balance lambs and mature aged breeders.

He said there was "a fair wack of ewes that made over $400, which was pleasing to see".

Fifteen pens sold for more than $400 with strong support from buyers looking for lines of renowned lines of well bred ewes.

There was strong local support throughout the sale.

"This is our supermarket. A lot of those ewes will go straight to the paddock to be joined immediately," Mr Madden said.

Nutrien Ag Solutions livestock manager, Xavier Shanahan, Ballarat, said the ewe lambs were mostly "grower lambs" for a late joining or to go back to the paddock to put weight on before joining.

John and Carolyn Elder, Hexham, who have been selling at the sale for more than 40 years, topped the sale with a line of 130 first-cross ewes, September 2019-drop, October shorn.

Pride of place as the first pen was Jacquie and Colin Smith, Skipton, Carranballac, with their top line of 112 making $425. The lead pen were June/July 2019 drop, November shorn, while a second line of 130 sold for $410.

Regular sellers at this sale Rod and Jodie Seers, Clearview Partners, Glengower, consigned a draft of April/May 2019 drop ewes, October shorn, with the lead pen of 222 selling for $420, and a second ilne of 40 at $408.

A pen of May 2019-drop ewes, November shorn, that produced lambs when lambs themselves, sold account K Impey for $400

Selling for the same money was a line of 77, September shorn, that were sold account B Dodd.