Sixteen-year-old Charlotte Cain already has an impressive resume, but has more plans for the future. 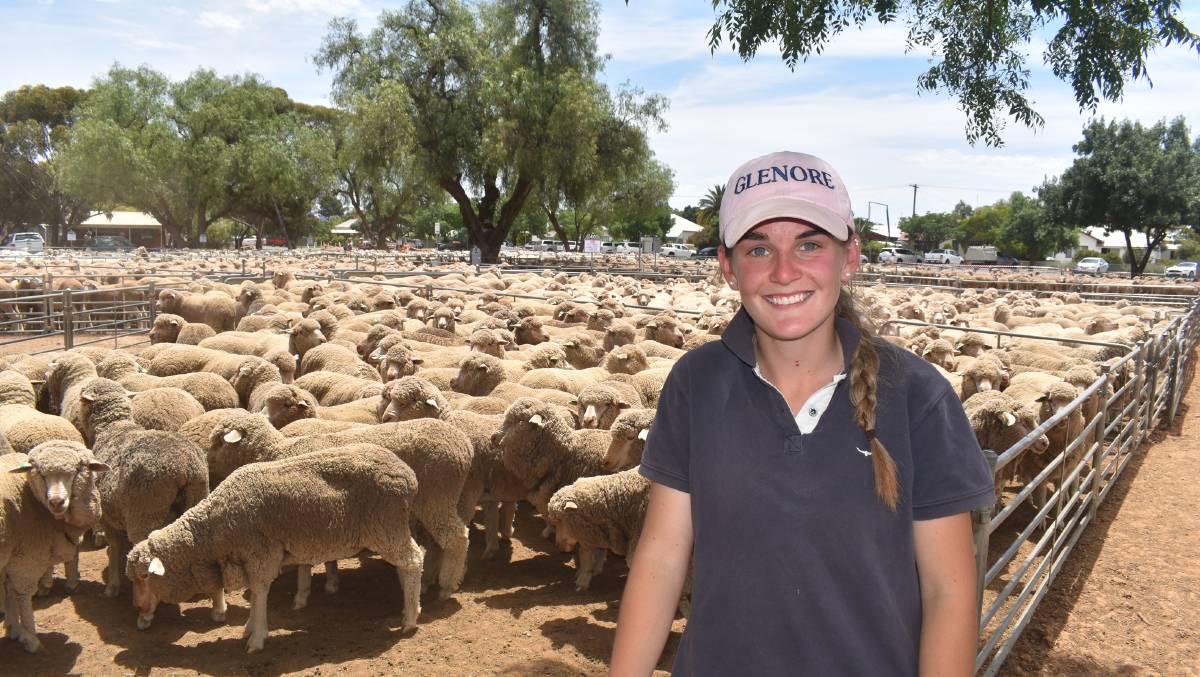 There has never been a question that livestock would feature strongly in Charlotte Cain's future.

From the time the now 16-year-old could walk she was "down at the ram shed".

Now as she nears the end of secondary school, she is looking to expand her experiences on properties interstate before she hopefully can start a veterinary science degree.

The common theme in her past and future plans is farming and livestock in particular.

Ms Cain's parents Peter and Gill, operate a mixed farming business at Carisbrook, where their daughter has always found time to be with the livestock and in particular their stud, Glenore Poll Dorsets.

The year-10 student said she started following her dad to the ram shed "as soon as I could walk".

"Dad is the person I look up to. He started most of it himself," she said.

In 2017 the stud returned to showing after a few years off.

"I got back into it and started doing most of it myself, before that I just did it with dad at the shows and wandered around in his shadow," she said.

Ms Cain said she and her father went through the rams to select around 15 rams from which they select a team of six or eight for the show circuit.

She has an awareness of the commercial aspects of the sheep operation as well as the showing aspect.

She selects her rams looking for a variety of rams some "meatier" some "stylish".

"It shows people what you have to offer commercial buyers in our flock rams," she said.

She also looks at the pedigrees of the rams and what sort of ram progeny they were breeding.

Ms Cain said she hoped to reintroduce ewes into the show team.

Needless to say 2020 and the coronavirus pandemic have had a major impact with all Victorian shows cancelled.

Having already selected the rams for the 2020 shows, training and preparation was well underway when the second lock down ended the show season.

This came after the year after the highlight of her show career when they won champion ram at the 2019 Australian Sheep & Wool Show in Bendigo.

"We've never gone that well before and to win his class was exciting for me, then going onto win the ribbon was breathtaking and seeing dad smile," she said.

Ms Cain said the rams from the team were sold at the stud's on-property sale held in October and contributed to the stud's record result for the sale.

The cancellations meant no showing but also no judging opportunities.

One show that did go on was the inaugural online 2020 Rona Sheep Expo an event for judging and handling conducted via videos.

She said in 2019 she judged with her father at the Ballarat Sheep Show and was associate judge to Sasha Squires for the ewes at the Dorset Championships.

She said judges had different views on the breed and what they preferred and that helped her form her own views.

She said the meat and carcase side of ram breeding was important, particularly for commercial buyers.

Ms Cain hopes to work on sheep and cattle stations in NSW after completing Year 12.

"After that I want to go to university to become a vet. I've always wanted to be a vet and work with larger animals like sheep, cattle and horses," she said.

She said it was difficult for young people who didn't live on farms or have much experience to get a start in agriculture.

"But there are so many more opportunities nowadays, especially for females, and so many more different jobs than in the past," she said.