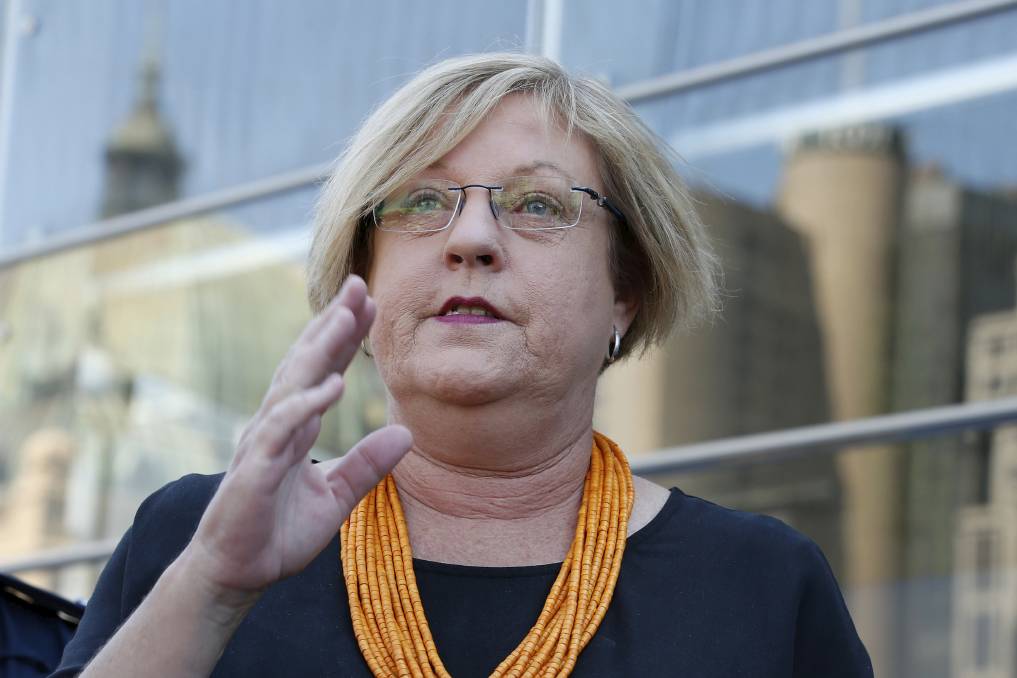 The Victorian government says it'll continue to stand up for the state's irrigation communities, after the commonwealth released more on-farm project, for consultation, last week.

Since September last year, 12 projects have been released for public comment for the 450 gigalitres of environmental water recovery, including the six from last week.

She said the SA proposals didn't meet the agreed socio-economic criteria, approved by all Basin state Ministers in 2018 and reaffirmed at the most recent Murray Darling Basin Ministerial Council in June.

"The evidence is clear that on-farm projects which take water entitlements from irrigators, are even worse than buybacks for our communities - who have already suffered enough," Ms Neville said.

"Our submission of the Goulburn Murray Water efficiency project has shown that we can meet our obligations under the Basin Plan and benefit the environment - without buybacks or taking consumptive water from farmers."

"I have written to Mr Pitt to seek assurances that these six on-farm projects, and future projects like these, will not be going ahead at the expense of irrigators in Basin communities."

Ms Neville said said consideration of further on-farm projects completely eroded the trust of irrigators and Basin communities that any future projects must have only positive or neutral impact on their communities.

While the ultimate responsibility for the approval and funding of the projects was with the commonwealth, Ms Neville questioned why they were still being considered - despite assurances to the contrary.

She said Victoria's concerns regarding the impact of water recovery from on-farm projects were real and based on substantial evidence.

The recent Australian Bureau of Agricultural and Resource Economics' report "Economic effects of water recovery in the Murray-Darling Basin" highlighted that on-farm projects had double the water market impact of buybacks.

"Victoria has done our share, recovering 826 GL for the environment - and we are working hard on further projects that can recover water through investment in savings, not from the consumptive pool," Ms Neville said.

"Our sights are now set on the $177.5 million Goulburn-Murray Water Efficiency Project, which is ready to start delivering as soon as contracts with the commonwealth are agreed and signed."

The project would modernise inefficient supply infrastructure, stimulate regional economies and reduce costs for irrigators in the long term - delivering 15.9 GL of water for the environment while still complying with the socio-economic criteria.

The Victorian Farmers Federation joined Ms Neville in calling for a stop to on-farm water acquisition.

VFF Water Council chair Richard Anderson said he was disappointed the commonwealth Department of Agriculture and Water was continuing to pursue on-farm water recovery, despite government's promise not to do so.

"Mr Pitt announced in September that the commonwealth was going to "pivot" its water recovery efforts to off-farm, but it now seems the department is ignoring its own Minister," Mr Anderson said.

"Basin ministers reconfirmed their commitment in June this year to apply the strengthened socio-economic criteria to projects for the 450 giglaitres (environmental upwater), yet this seems to have also been ignored," Mr Anderson said.

The department released six South Australian on-farm projects on its "Have Your Say" website.

"These projects will result in there being 288ML less water in the consumptive pool that is available for agriculture," Mr Anderson said.

"Government might think a few projects will be okay and have no impact, but it's the cumulative impact the VFF is worried about, and the regional impacts of less water for agriculture."

But Mr Pitt said he had made it clear Murray-Darling Basin communities were at the heart of the government's water reforms.

That included no more water buybacks.

"The focus is shifting to water recovery from off-farm projects to achieve Basin Plan targets without having an impact on irrigators' water licences," Mr Pitt said.

"My Department is well aware of the new priorities and focus when it comes to buybacks and is implementing them as directed.

"Some legacy applications remain and the department is legitimately dealing with those."

He assured the VFF and all Murray-Darling irrigators that water buybacks would not be a part of the government's water recovery efforts.