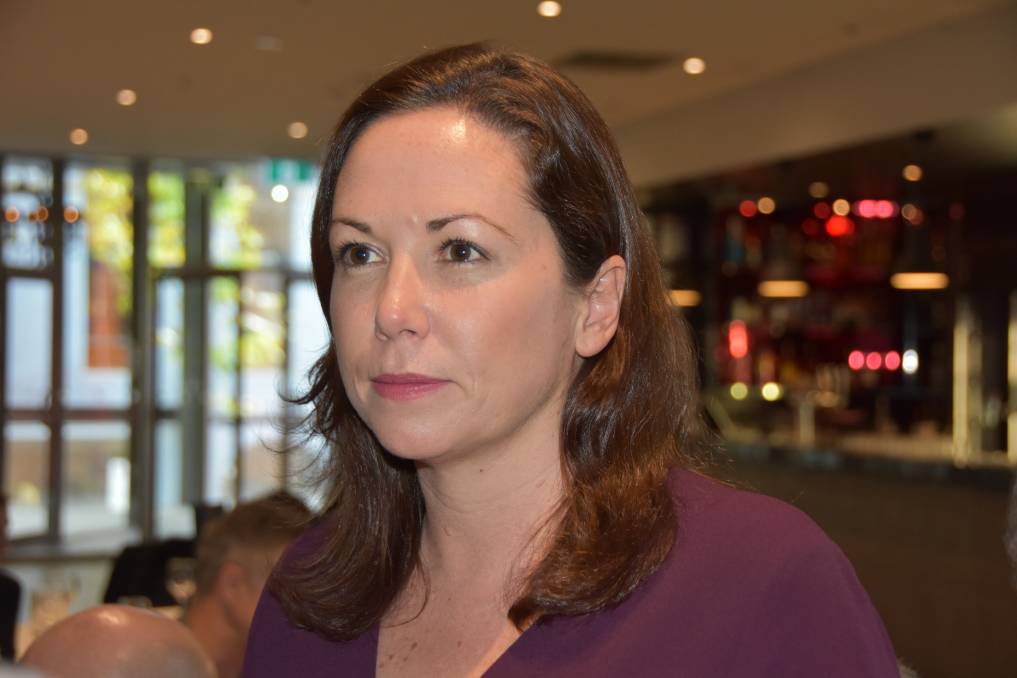 WORKER OPTIONS: Victorian Agriculture Minister Jaclyn Symes says she's looking at a number of options, to get Pacific Island workers into the state.

Quarantining Pacific Islanders in the NT is one solution to Victoria's looming seasonal labor shortage.

The Victorian government is exploring the possibility Pacific Island and seaonsal workers could be quarantined in the Northern Territory, before they come to the state.

Agriculture Minister Jaclyn Symes said the government was involved in a "concerted effort" to get workers for the upcoming harvest.

She said the government and growers were under no illusions a local workforce, including backpackers who were still in the country, would fill the potential labour shortages in the Yarra and Goulburn Valleys and around Mildura.

"We are in active conversations with the Northern Territory, (who have) demonstrated they stood up quarantine facilities, ready, for their mango picking trial.

"They have the facility available and they don't have as much of a continuing demand to quarantine travellers, returning to Australia

"It is probably the quickest option we can stand up, while we monitor the situation.

"We are keen to look at all options, but its fair to say the NT is the most advanced, at this point in time."

Ms Symes said she was aware that growers wanted a workforce that was "reliable, experienced and skilled."

Up to 170 workers were brought over from Vanuatu to help with the Northern Territory's mango harvest.

The Pacific islanders are part of a trial scheme organised by the NT and Federal Governments.

Pacific islanders heading to Katherine to help with mango harvest

Ms Symes said there was also the option of encouraging New Zealanders to come and work for the harvest season, as Victoria was now a signatory to the Trans Tasman bubble.

The government was also pursuing the option that Pacific Island residents, from countries like Fiji, could be included in the Trans Tasman travel bubble.

"The Communicable Diseases Network Australia is assessing the suitability of Pacific Island workers and will give advice to the Australian Health Protections Principal Committee as to whether any of those countries could be added to the Trans Tasman bubble.

"That would remove the requirement for quarantine."

Time to sort out labour shortages

Ms Symes said if the Northern Territory plans came to fruition, workers would hav to quarantine for two weeks there.

She said the government was prepared to subsidise the cost of workers.

"We are in consultation with industry and how much they would be prepared to pay," Ms Symes said.

"We haven't landed on a ratio, but we are mkaing sure there is government support - we don't expect industry to do it on their own."

Ms Symes said she was concerned at the time it appeared to be taking to process visas.

"I am aiming to get workers here for December but this isn't just a state government responsibilty," she said.

"Once approved employers have identified a cohort of workers, for example, they still need to get all of the visa approvals through the Federal government.

"They have indiated it could be four to six weeks for that process."

She said she had written to Federal Agriculture Minister David Littleproud, urging him to "make this process as quick as possible, because we all know you can't un-grow the fruit."

"I would say that the caution is around getting people into Australia," she said.

"I would say the nation is being cautious, we are the envy of the world in terms of the low cases we have in Australia."

"That's something we need to fiercely guard."