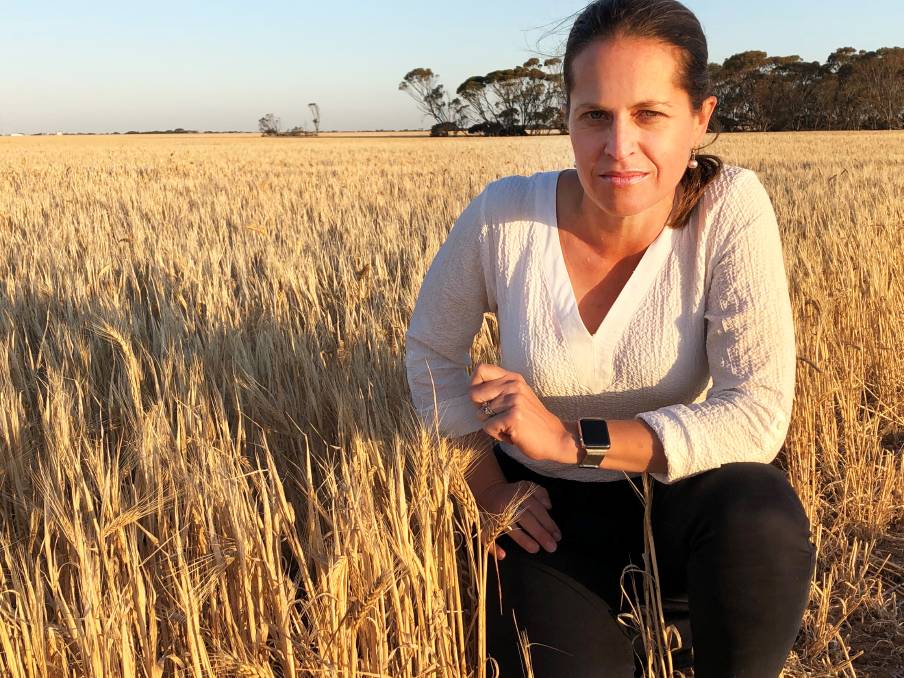 Cheryl Kalisch Gordon, Rabobank grains and oilseeds senior analyst says there could be significant added volumes to Australia's feed grain complex if wheat is downgraded due to moisture damage.

The spread between milling and feed grade wheat is being anxiously monitored by farmers spooked by harvest rain likely to cause downgrading.

FARMERS are closely watching the spreads between milling and feed wheat as the gap begins to widen following the wild weather in NSW and Queensland over the past week which is likely to downgrade at least some wheat.

With further rain concerns likely over the harvest period as the Bureau of Meteorology (BOM) confirmed the La Nina weather event in place is likely to continue to at least the end of the year, there is the possibility significant volumes of this year's expected 30 million tonne national wheat crop could be feed quality.

Prices are reflecting that.

Andrew Carberry, Grain Growers board member and farmer at Narrabri, said spreads between good quality milling wheat and feed wheat had opened up to as much $90 a tonne with some buyers.

"Obviously anyone looking to do any forward contracting is looking at multi-grades due to their concern they could get rain on them, but when the spreads start opening up to this extent then people are thinking twice," Mr Carberry said.

He urged grain buyers not to try and exploit the situation by pushing the feed value lower.

"Farmers have got long memories with this type of thing."

"People worked as long as they could before the rain came and now in my area near Moree there are people, including myself, that have started with the moisture a little high, to take it back to store in aerated silos on-farm and bring the moisture down that way.

"This means we can keep going and get more done before the threat of another rain."

And it is not just wheat producers anxiously monitoring the weather.

"Barley values locally have held up relatively well this year in spite of the loss of the Chinese market," Dr Kalisch Gordon said.

"However if this wild weather continues and we see more wheat downgraded to feed and competing with feed barley for market share it could bottom load the feed complex and push spreads out and feed prices down," she warned.

Internationally, the news for grain prices continues to be positive.

While momentum in grain markets, which culminated in the Chicago Board of Trade (CBOT) nearby wheat contract closing at its highest end of week level in six years last Friday, has stalled following some rain in key northern hemisphere regions, prices have not fallen.

Dr Kalisch Gordon said a glance at the world market saw key importers of wheat were buying up.