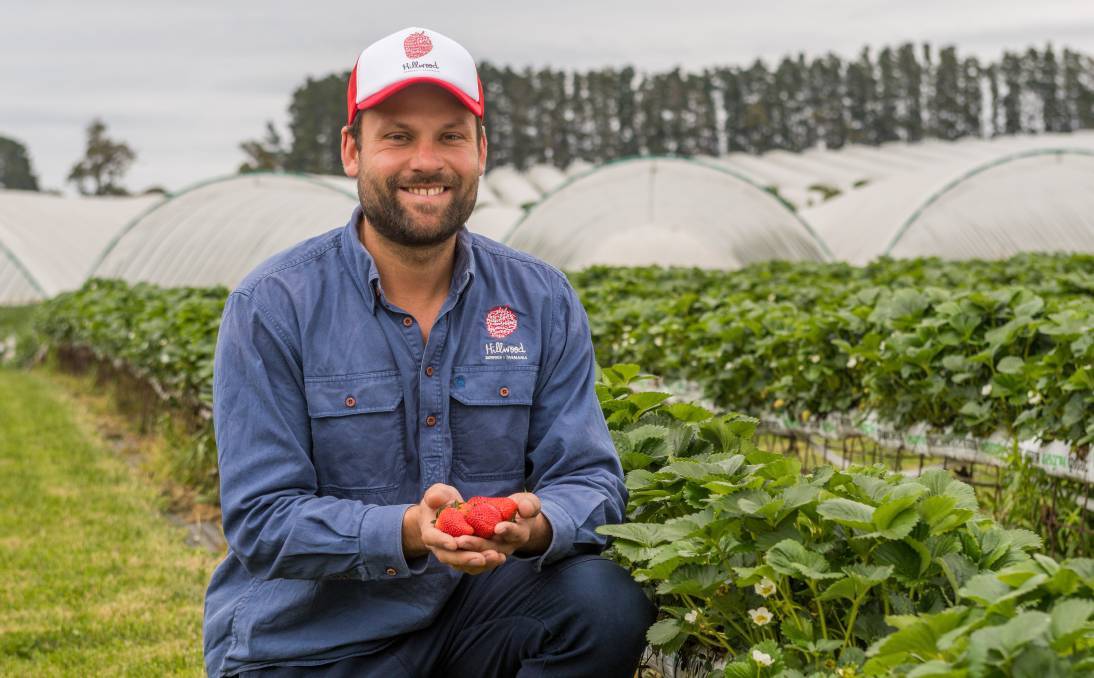 Tasmania's seasonal worker shortages come under the microscope, at a YAPN Launceston forum.

Mechanisation, innovative technology and continuing to bring seasonal workers from the Pacific Islands are some of the ways the looming Tasmanian labour shortage can be overcome.

Those were the messages from speakers at a Young Agricultural Professionals Network forum, on worker shortages, in Launceston.

The Tasmanian agricultural industry relies heavily on seasonal workers travelling from interstate and internationally to fill the labour requirements over summer.

But due to the COVID-19 border restrictions, the government identified a shortage of up to 5000 backpackers and seasonal workers for the upcoming season.

YAPN president Ellen Davis said even though Tasmania was set to re-open its borders to visitors from some parts of Australia, the issue was still topical.

"A lot of Tasmanian field work is filled by international workers, not necessarily with those from interstate," Ms Davis said. "People have been focussed on the short term, the quick fix, how we can make it work now, and there's nothing wrong with that, that's so important."

Ms Davis said it was something YAPN wanted to be involved in.

"There have been round table discussions, around the state and with advocacy bodies, but those who are not at that high level are still interested in this topic," Ms Davis said.

Bitwise Head of Agronomy and Tasmanian Institute of Agriculture senior research fellow Fiona Kerslake said research and development, along with training and education, were some of the keys to overcoming worker shortages.

Ms Kerslake said worker shortages were a big concern, as the state learned to live with the virus.

"We do need to be considerate of the fact it's not going to be post-COVID, it's going to be living with COVID," Ms Kerslake said.

"We don't have enough machine harvesters, in the state, to pick every grape for the wine industry. But nor would we want to, because we still have quality parameters for our premium products that we need to maintain.

"We have some of those really high tech harvesters in Australia, but we are still going to need people," she said.

She said new technology, such as optical sorters on mechanical harvesters, meant the quality of the fruit picked was maintained.

"But how do we set ourselves up to accommodate the expansion in horticulture we are about to see, particularly in areas like berries?"

Labour was not just required for harvesting, and shortages could also be overcome by the combination of simple, and more sophisticated, technology, being developed by Bitwise.

"When they go out to spray, the manager will whack a GoPro on the front of the tractor and take videos of the vines," Ms Kerslake said. "We break it down into frames, and apply computer vision and machine learning algorithms to each vine branch.

"We can count, we can identify, we can measure whatever it is the manager wants to send someone out, into the field to do."

Ms Kerslake said new technology would help in reaching what she said was the "Holy Grail" of the wine industry, yield estimation.

"If you get that right you have a happy marketing, winery, and picking teams, with all the labor and logistics and distribution channels that go behind that."

Hillwood Berries farm manager Simon Dornauf said the first berries were now being picked on the property, at Hillwood, in the Tamar Valley.

In September, the Tasmanian government announced seasonal workers would be allowed into the state for the harvest season.

"Farmers and growers alike will need to think more outside the box, but also be more proactive, in gaining access to different workers," Mr Dornauf said. "In our business, we recruit through the Pacific Seasonal Workers scheme and I believe that growers are going to increasingly rely upon it.

"I've heard the vaccine is still 12 months away, and international flights might not resume for 12 months after that, so it could be 12-24 months."

Mr Dornauf said the farm had carried out a local recruitment drive, which saw an increase in worker numbers, on previous seasons, but it was not meeting its requirements for 350 pickers each day.

He said the business had previously relied on a 280-strong Pacific Islander workforce, and most were still in Australia.

"They were able to work on the mainland, during our off season."

But he said it was an onerous process to become an approved employer, under the Pacific Islander program.

"That's going to be something of a barrier for new people, so they will be pushing to recruit through labor hire services."

We have some of those really high tech harvesters in Australia, but we are still going to need people. - Bitwise Head of Agronomy and Tasmanian Institute of Agriculture senior research fellow Fiona Kerslake.