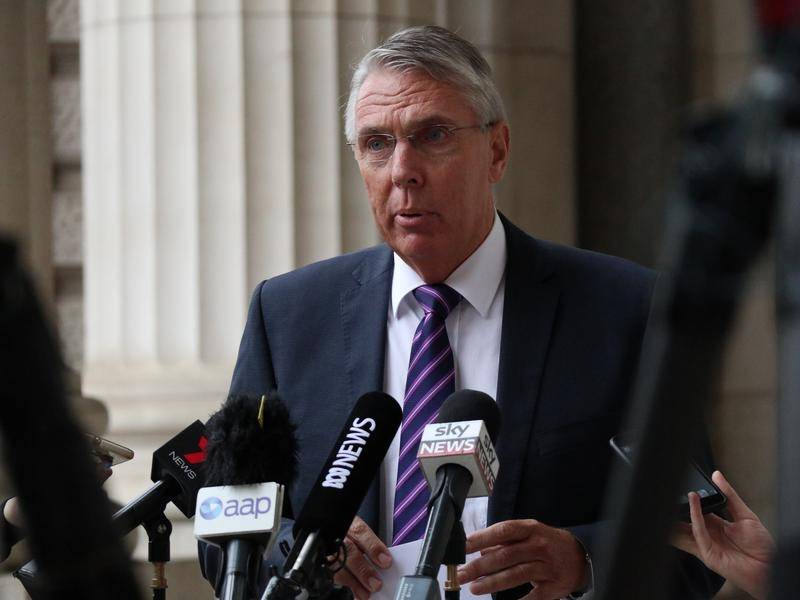 TIMINIG CRITICAL:Opposition agriculture spokesman Peter Walsh says he's very concerned that not enough it being done to ensure there are enough workers for the upcoming harvest season.

Mildura could become a quarantine hub for overseas horticultural workers, being brought to Australia to overcome the looming labour crisis in Victoria's horticultural sector.

Mr Walsh said he was concerned looming shortages for the upcoming Victorian fruit harvest had gained the status of being an "orphan.

"Everyone is talking about it, no-one owns it, little is being done," Mr Walsh said.

"It's time decisions were made, instead of keeping talking about it.

"It needs someone to grab this by the throat and make it happen, and I don't see that happening, at the moment."

"There are still growers out there who think they are going to pick up the phone on December 1, ring their contractor and magically they'll have people to pick table grapes or summer fruit.

"They are going to get a rude shock, when that doesn't happen."

He said industry leaders and others needed to collectively work together to resolve the looming shortages.

"When it happens, it's going to start to get ugly and coronavirus has just put a whole new level to that," he said.

A recent report found the horticultural sector would be short by as many as 26,000 workers, in the fruit and vegetable sector, for the upcoming season.

Crops will be ploughed under, if workers can't be found

Mr Walsh said one answer could be setting up a quarantine station, in Mildura.

"If the Northern Territory can fly them in, why can't Mildura?" he said.

'The airstrip is big enough to take a major plane and you an actually fly them direct from the Pacific Islands down there.

"This is not an issue that will run for two months, it might run for a number of seasons.

"With partnership with government, there is money on the table, why can't there be a specific facility built in Mildura?"

If workers were brought in every two weeks, a critical mass of labour could be built up.

"Everyone is living in the hope of a vaccine, but short of a vaccine and everyone being vaccinated, this could be an issue for a number of seasons."

Mildura was a long way from anywhere, and could attract co-investment from industry.

Leading Shepparton orchardist Peter Hall said it was the most challenging season he had ever seen.

it wasn't that simple to attract the long-term unemployed, or people who had recently lost their jobs, to work in the sector.

"I don't discount the fact there might be people who have been dislocated from their jobs, but the reality is Australians haven't been actively working in the 'hort' industry for 30 years.

"If you are out of work in Melbourne, come up here for three or four months - but don't be under any apprehension, its an easy job."

But he warned it was not a low-skilled job.

"That's quite a misnomer," he said

"Fresh fruit that's destined for Asian markets needs to be carefully handled, we don't want to bruis it, we done want to damage it," Mr Hall said..

"We want to pick a certain colour and ripeness, these are all things we need to train people to do."

He said there were "not many people floating around, on the roads.

"There is not the normal acitivty, you would see," he said.

Mr Hall said when the season started, people would start to look to the north for harvest season.

"There is a mismatch, to some extent, and a misunderstanding of our industry, the channels of delivery, of workers, need to be really, really clear."

He said a small grower would not able to be understand how to navigate quarantine protocols.

"If only 10 per cent of those people go into seasonal work in the harvest period, that's a huge opportunity," Mr Lowe said.

He said finding seasonal workers was the number one priority for the state government and Agriculture Victoria.

"There is not enough we can do to address this issue," he said.

Agriculture Victoria was working "around the clock" through issues around visas and source countries for seasonal workers.

Victoria was also a huge advocate of the Agricultural Workers Code.

"The free movement of workers, across borders, is a really important component, as well," he said.

Victoria had also opted into the international workers' scheme.

"Ultimately the answers to this don't just lie with the government, they lie in partnership with industry.

Mr Walsh says he didn't share the enthusiasm for the belief that unemployed Australians, or Melbourne residents would fill the jobs.

"When they realise they have to work, picking up bins to make reasonable wages, they all of a sudden lose their enthusiasm for this sort of thing.

"I don't share the enthusiasm people will want to become fruit pickers."