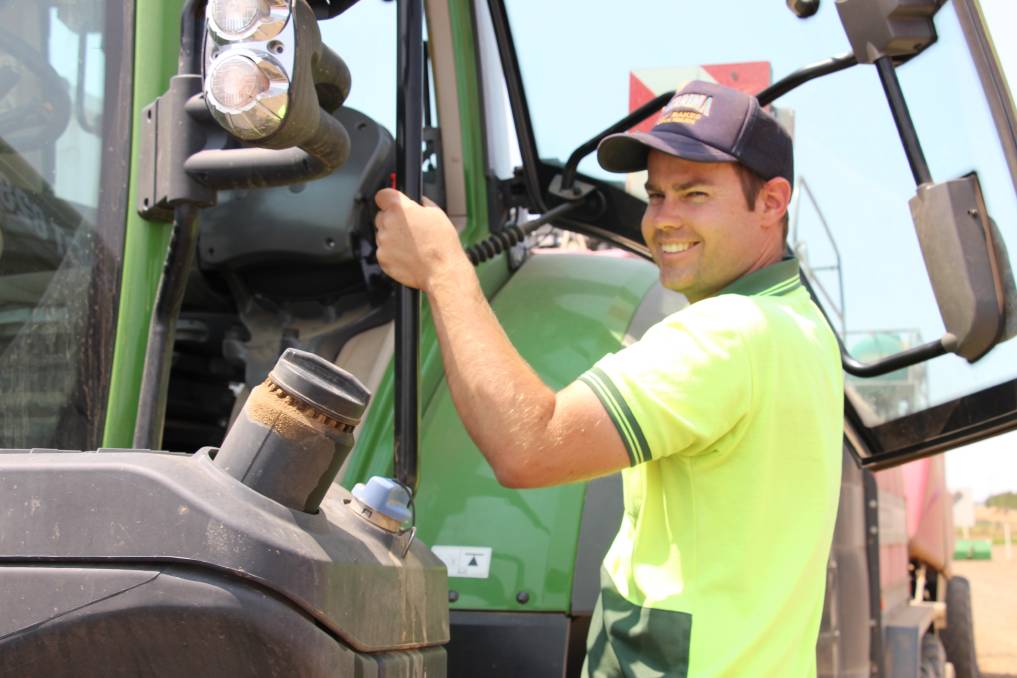 Dairy Australia says there'll be an increase in growers who will only make limited hay and instead will carry crops through for grain.

Victorian hay producers say recent rain has failed to dampen their enthusiasm for this year's crop, with small falls having little effect.

But in South Australia, Australian Fodder Industry Association chair Brad Griffiths, said it had been one of the worst hay seasons, he'd seen, due to the rain.

"It's fairly widespread, as well, there's heaps of hay on the ground that's going to be damaged," Mr Griffiths said.

"It's all the way from the west coast, through to everywhere above the south-east."

In Victoria, he said there was still a fair amount of hay to be cut.

"Some of the main areas might have dodged a bullet," he said.

"Quality and price go hand in hand, so it's going to have a major effect on price and quality.

"A lot of people in northern Victoria, around Shepparton and the Goulburn Valley, have finished their silage program and are about to begin their hay program," Mr Felmingham said.

"The rain just slowed people down a little bit, it prevented people cutting earlier, because there was a forecast of heavy rain."

Some producers chose to cut, and take the risk, but the rain that was forecast didn't eventuate.

"It's been an interesting year - we had a nice, wet start and people got their crops in, on time, which means the hay is maturing fairly quickly now."

"There's been a little bit more rust in plants, because of how wet it's been, so they would be cautiously watching that.

"There'll be to sides to the story, there will probably be some weather damaged hay, so high yielding type hay will be cheap.

"But if someone can get some into the bale, with some quality in it, you might see a good premium over everything else."

"Demand for hay seems to be very quiet, although there is some early interest in securing high quality product for the year ahead," Mr Droppert said.

"The hay production outlook more broadly remains very strong, with the main issue being untimely rainfall impacting quality close to, or during, harvest.

"Whilst it's early days, export hay that faces quality downgrades due to weather has the potential to increase the supply of hay domestically."

Prices were creeping up, due to localised shortages, until the new season's product was available.

"It's hard to see that level being maintained given the standing feed around."

The latest DA hay report said central SA and the Mallee, Victoria continued to be hindered by rain, with some parts recording over 20mm this week.

"There will be varying degrees of damage to vetch and cereal hay," the report said.

"Export hay in the southern parts of Australia is expected to be downgraded due to appearance from weather damage, at this stage quality is still to be determined.

"There will be an increase in growers who will only make limited hay and instead will carry crops through for grain."

Demand for hay was subdued, while new season's prices were still unclear, with some parts still to start, and others affected by spring rain.

David Cossar, Charlton, said he only received 8-12 millimetres of rain, although some areas saw 20mm.

"From a hay point of view, it's not going to do too much damage because a lot of it hay has just been cut, so it's still high moisture anyhow," Mr Cossar said.

"Most of the moisture damage is caused when it's ready to bale and it's almost dried out and it absorbs the moisture, so it attracts mould.

"From our point of view, it was very useful rain, for crops that are going to grain, or harvest, but from a hay point of view, I think there will be very low damage."

He grows vetch for the domestic market and oaten hay for export.

It was too early to tell what prices would do.

"The season finished off quite well we had a dry period in June and July and it got quite cold, so that retarded growth a bit,' Mr Cossar said.

"In saying that, the season is probably looking to be better than average."

Exporters would be diligent in grading, when it came to weather damaged hay.

"The domestic market has slid off the pace a bit since the drought broke in NSW and Queensland, that was what drove domestic prices as high as what they were," he said.

He said 12 months ago, people were wondering where hay was going to come from, but 12 months later it was almost at saturation point.

The area received 15mm of rain in the recent weather system.

"That's been good but we need to double that. We've missed out on all the rain that was promised to us earlier," Mr Williams said.

"We got 2mm when they said we were going to get 10-15mm, so crops are struggling.

"Some of the crop won't fill, but for hay we don't want rain now.

"We have a foot in both camps, we need it to dry up and so we can get our hay cut, cured and in the bale."

Farmers were taking off cereal crops and putting them into silage.

"It's a huge year for silage, we do baled silage and cube wrapping an people are taking their whole crops, because of the forecast of a wet spring," he said.

"Not everyone is going to bale - there is a lot of pit silage going on as well.

"That's been happening more and more, over the past five years.

"They are making quality silage out of it instead of poor quality hay, in case the weather predictions are right."