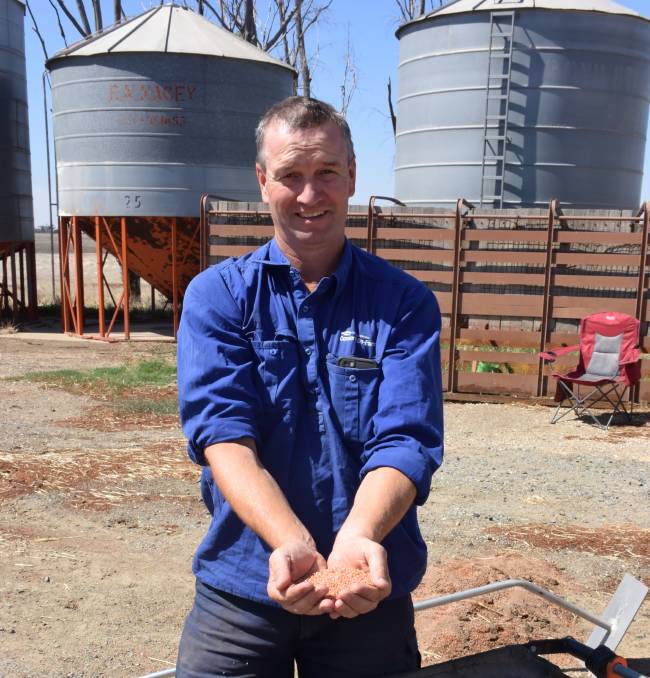 A Wimmera farming representative has estimated Chinese tariffs on Australian barley exports have cost Victoria up to $200 million in income.

Rupanyup's Andrew Weidemann is chair of Grain Producers Australia, one of five organisations calling for a $20 million industry recovery fund to address the loss in Tuesday night's federal budget.

"We sent this through to the government a few weeks ago requesting they consider it," he said.

"Regardless of the budget, we still believe the government should be looking at investing in trying to rebuild the $2.5 billion value that's been lost.

"This has not been of our own doing."

China imposed tariffs of 80.5 per cent on Australian barley in June.

It followed an anti-dumping investigation initiated by China in November 2018, and the Australian government calling for the origins of COVID-19 to be independenty investigated.

Mr Weidemann said GPA believed China would eventually "come back" to the Australian barley market, but not in the short-term.

"We need to think longer term around not being reliant solely on China," he said.

"We need to start looking where we can place some of the barley, but obviously growers are going to have to look at growing something else next year in their rotation other than being reliant on barley.

"Looking at other crops, where we can develop them, pulse corps in particular, and also looking at expansion of our wheat program into other countries, and trying to find a home for barley, because farmers will still want them in rotation to some extent."

He said the proposed fund could also be used to find other Asian markets that allowed more malting of barley to be done in Australia.

"This is definitely not meant to be compensation, it's about setting it up for the next four or five years as we rebuild market value," he said.

"Barley can become uneconomical to grow if we don't have other markets and make growers aware. There is a lot of work being done, but we want to accelerate that so farmers have a clearer picture come next year around sowing intentions."

The federal Department of Agriculture states Australian feed barley price is expected to fall to $230 per tonne, 17 per cent below the world indicator price, due to the tariffs.

"We believe there is at least $600-700 million lost on the current (barley) crop in value across the industry," he said.

"Based on us growing around three million tonnes here, you're looking around $150 to $200 million worth of value lost in Victoria."

Australian Bureau of Statistics data indicates barley production in north west Victoria had a gross value of more than $350 million in 2018-19.

A treasury spokesman said the dudget will be delivered at 7:30pm on October 6.