A buoyant beef industry and confidence from a large field of buyers boosted the annual Banquet spring bull sale. 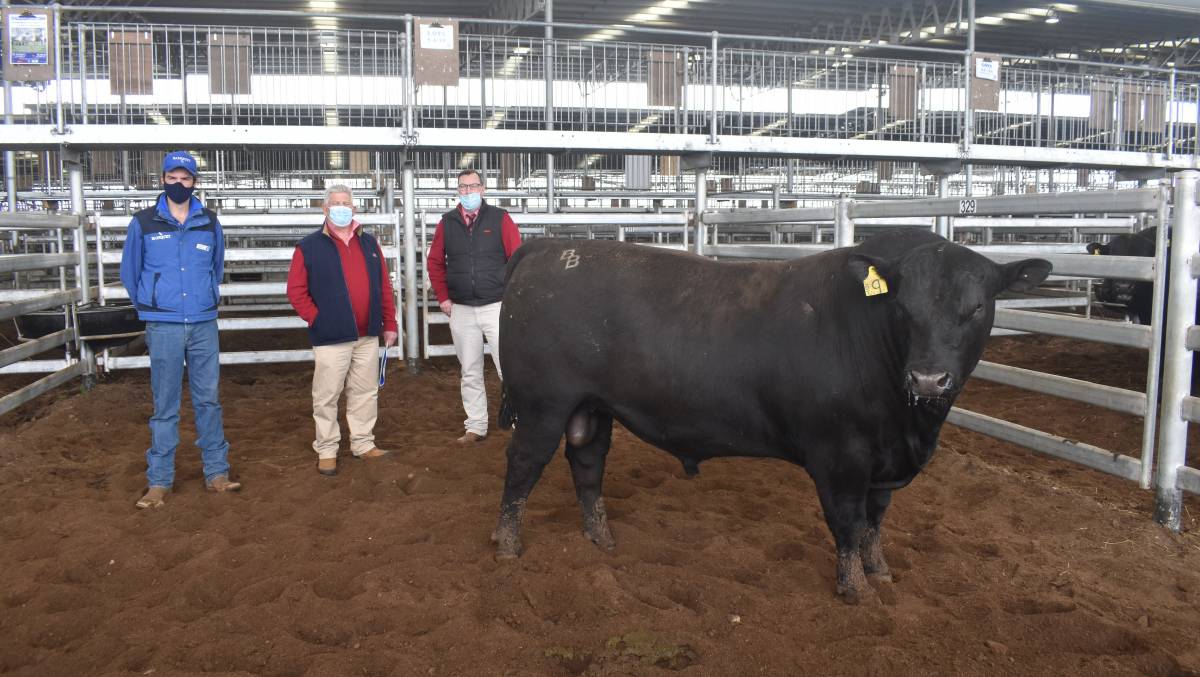 A buoyant beef market and confidence among cattle producers resulted in a record top of $41,000 and average of $15,354 at the Banquet spring bull sale today.

The Mortlake-based Branson family were overwhelmed with the result and the support the sale received with 31 of 31 bulls sold.

The sale was held at the Western Victorian Livestock Exchange at Mortlake.

Stephen Branson said it was an "enormous" result.

"Before the sale we knew the industry was good, now we've seen how good it is," he said.

"It was really exciting to see new people turning up and trying to understand what we do at Banquet - but the strength of the sale came from our repeat clients.

"It was all on trusting our recommendation and advice and that a huge thing personally.

"Our clientele is a pretty tight knit group and we have a two-way relationship - they support us strongly and we do everything we can to help them.

"The bulls were better. We continue to cull hard in the herd so there is not a spread. These bulls were from the top cows in our herd so we had more to pick from quality wise," he said.

Mr Branson said one bull client that bought today had just sold steer calves for $1800 plus and heifers at $1570 - "he is getting rewarded for what he does and it flows back".

The top priced lot was lot nine, Banquet Paddick P330, one of two sons of Metamorphic M51 retained for this sale. The bull was bought by phone bid via Bruce Redpath for Adrian Abrahams, Kilcunda, with the losing bidder being an AuctionsPlus bid.

The sale was conducted by Nutrien Ag and Elders.