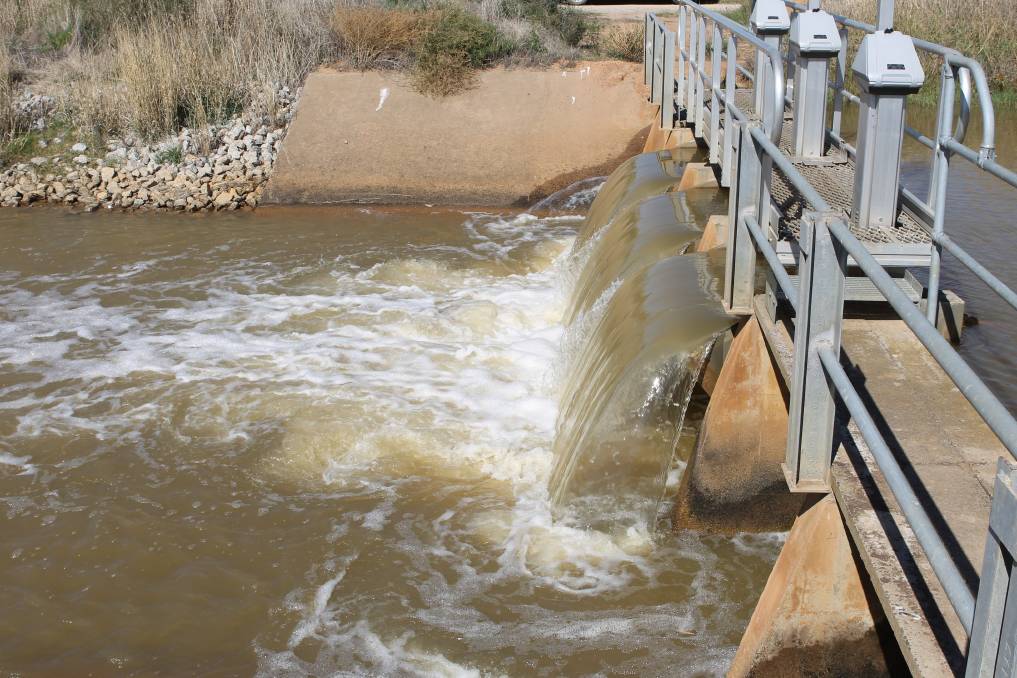 CONSULTATION OPEN: Goulburn-Murray Water and the state government have opened consultation on their latest water saving proposal for the Goulburn Murray Irrigation District.

About 80 central Victorian projects could help save billions of litres of water, depending on funding.

GOULBURN-Murray Water could fix about 80 irrigation sites in central Victoria during a $177 million water efficiency push.

The sites are among more than 100 slated for a region stretching from Swan Hill to Cobram, including clusters near Boort, Pyramid Hill and Echuca.

The state government is calling for feedback about the plans, which are the latest in a decade-long push to stop water loss through evaporation and channel seepage, GMW general manager of strategy and services planning Daniel Irwin said.

"This is really looking at parts of the network that really haven't yet had a treatment applied," he said.

The idea is to stop people losing water for farm use because of aged or leaky irrigation channels.

It could also stop the government having to buy back farmers' water or transferring entitlements.

The next round could involve decommissioning hundreds of kilometres of channels, including 18 near Rochester, 16 in the Loddon Valley and 33 in the Central Goulburn irrigation area.

That will depend on discussions with landowners customers, Mr Irwin said.

"That will be in the way people structure their on-farm operations or needs."

Another 30km of channels could be modernised in the Central Goulburn district, along with 22km in the Loddon Valley and 1km near Rochester.

Treatments across the wider region could save 8.7 gigalitres of water, GMW estimated.

It could find another six gigalitres of savings in technological changes.

About 63 gigaliters of water currently passes through the area.

The entire project needs to be proven to have a "neutral" or "positive" socio-economic impact for the federal government to unlock funds from a $1.5 billion pool.

But one irrigator representative said he didn't feel primary producers would engage with the process.

Central Goulburn Water Services Committee chair Peter Hacon said his first instinct was that irrigators had been inundated with so much material, many wouldn't even bother looking at the latest proposal.

"There's a fair bit of apathy and the sense that this is what they are going to do anyway," Mr Hacon said.

"It's very difficult because everything is so complicated - it's an overload of changes - and it's created apathy in the irrigation community."

Mr Hacon said he was disappointed that authorities kept talking about rationalising assets.

"We should be prioritising promotion and hibernation,' he said.

"It is trying to minimise the pain, until the system slowly dies off."

He argued for greater promotion of the district, which would see the potential hibernation of some assets, which could be reactivated when agricultural industries returned.

"They keep tell us what a good idea it is, but we don't know what we have to give up, to get it," Mr Nelson said.

"Until we see the plan, we are a bit nervous, I haven't seen the plan, but they keep telling us its a great idea, and it's going to save water."

Shepparton WSC chair Craig Reynolds said in the east of the district, there were another 200 irrigators who were yet to be modernised.

Many were currently pumping metered water direct from the channels.

"I call it stage three of Connections, but what else do they do?" Mr Reynolds said.

"How do they treat the customers that are left, that haven't been modernised?

"They have to do something."

He said the federal government still had to get the water it still needed to recover.

'It's legislated, it has to happen unless someone wants to change the legislation."

He said the latest round of upgrades now had to happen, as it was initially believed those sections would have been decommissioned.

Feedback can be given at engage.vic.gov.au/gmw-water-efficiency-project

The story Fix channels, save 8.7b litres: GMW first appeared on Bendigo Advertiser.