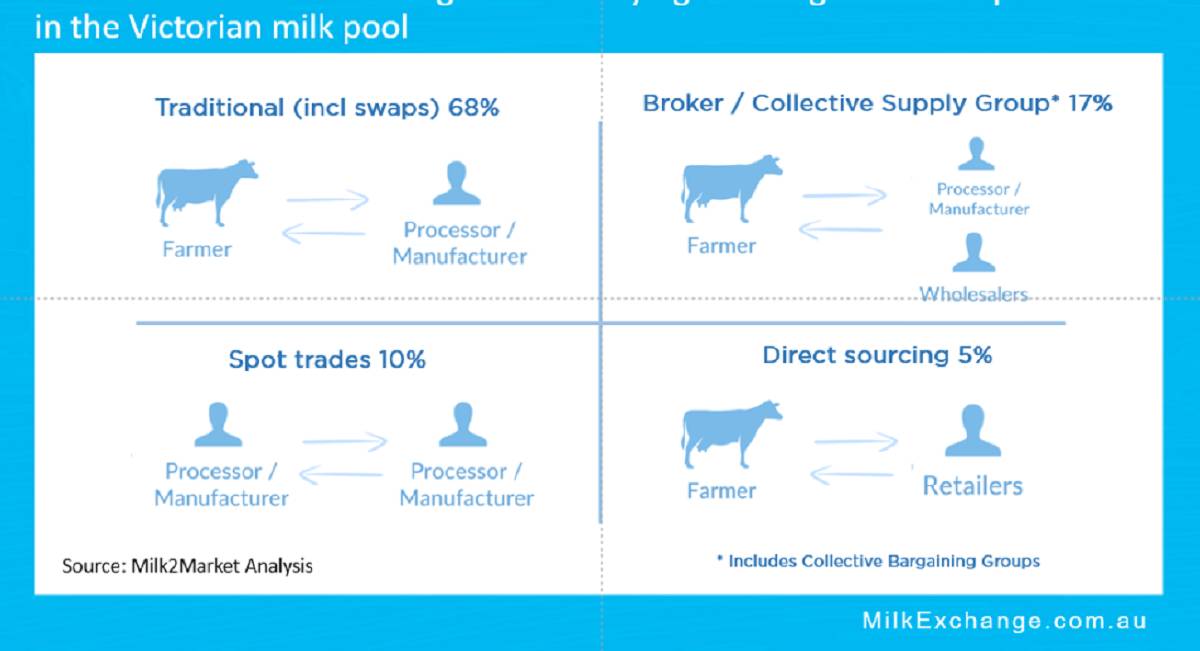 Plenty of farmers are stepping away from their traditional relationships with processors and it's showing in the numbers.

For evidence, you need look no further than one of the biggest dairy processors in the country.

This week, Fonterra reported its Australian milk collections fell another 11.8 per cent last season to 107.8 million kilograms of milk solids, compounding a 20.3pc drop in 2018-19.

"Volumes have been impacted by a combination of drought, high on-farm input costs in the first half and the highly competitive milk supply market, with losses primarily to milk brokers," its Global Dairy Update said.

"Fonterra also made a conscious decision to purchase less third-party milk to focus on a value-add product mix."

The statements come after an exceptional season for much of Fonterra's Victorian and Tasmanian base.

"The Australian dairy industry has become more competitive and fragmented with more options for farmers to choose where they supply their milk," he said.

"One impact of this is we've seen more milk than ever trucked from Victoria to NSW and Queensland to help fill fresh milk contracts." 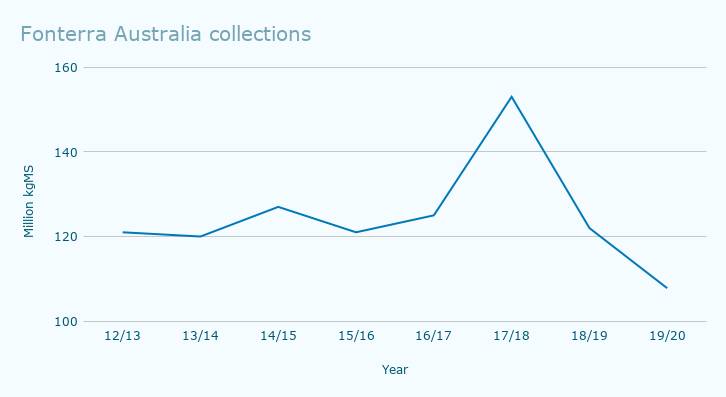 He said analysis showed the volume of milk contracted directly between a farmer and a processor has slumped to just 68pc from around 90pc two years ago.

Brokers like Australian Consolidated Milk had also taken a bigger slice of supply and farmers were also taking a more active role in pooling milk supply, with a surge in collective bargaining.

The mandatory dairy code had also offered farmers new opportunities, he said, to split their milk between processors.

It meant they could spread their risk and had added benefits for those supplying processors with tight volume requirements that might heavily discount oversupply.

One who has taken advantage of the changes is the owner of three dairy farms in the Mt Gambier region milking a total of 2750 cows, whose identity cannot be shared under the terms of his contracts.

The farmer told Stock & Land he was able to split his milk supply between a supermarket and a fresh milk processor, offering certainty that all the milk supplied by his farms would be sold for its maximum value.

He'd been sceptical at first, with concerns about the logistics of having multiple tankers rolling up the driveway.

"To start with, I thought it was going be a nightmare, but it's been pretty good," the farmer said.

In any case, he said, two tankers only arrive during the peak period when the surplus over the first contracted volume needs to be collected.

Making the deals had also been easier than expected, taking less than two weeks from the opening of talks, and he hoped digital records would streamline audits.

Had it been worth it financially? "Definitely," the farmer said. "It's been significant."

He recommended the approach to other dairy farmers.

"Keep your options open, it doesn't hurt to shop around," the farmer said.

"There's always some someone, somewhere, looking for business opportunity.

"I know of other farmers who deal with two or three little cooperatives and the little processors are just as important as the big ones, so try and share the love."

Mr Lange said he had seen large farms gain 50 cents a kilogram of milk solids by splitting supply and there were opportunities for small farms, too.

"The classic example is when a small farmer supplies a local ice cream company and the rest of the milk goes to one of the bigger companies; we saw that in South Australia and in northern Victoria as well," he said.

"Predominantly, smaller farmers are in a collective bargaining group as they're seeing some benefit in coming together to get a better price, or they're in the traditional arrangement," he said.

Also new was the option for farmers to participate in spot trading on the Milk Exchange, which Mr Lange said has traded 100m kgMS for the season to date.

"We wanted to make sure that we had a good, active liquid market to enable those farmers to participate in the spot market," he said.