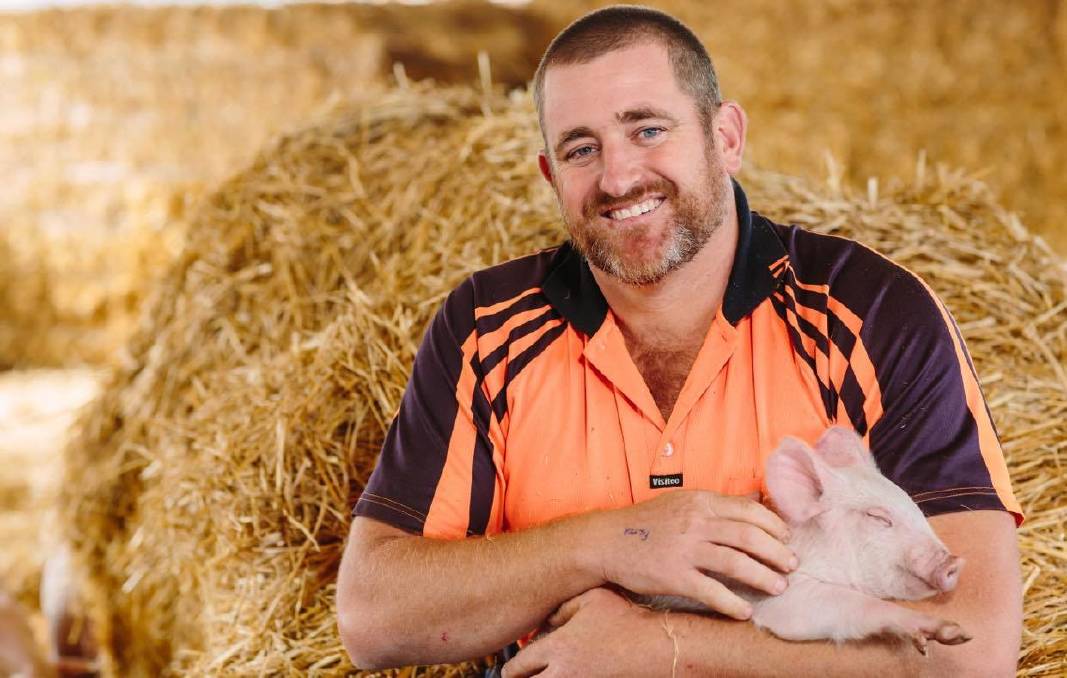 The pigs were sent to abattoirs in NSW, SA and QLD.

A temporary closure of a major Melbourne pork processing plant forced more than 10,000 pigs to be trucked to interstate abattoirs last week alone.

As pork prices continue to tumble due to the widespread shutdown of the foodservice sector, an estimated 20,000 pigs in the last two weeks have been sent interstate for processing as producers scramble to find alternate facilities to process the meat to specification.

Farmers and analysts say the price of pork has dropped between 80 and 100 cents a kilogram since the start of the pandemic as the industry relies on mainly a domestic market for consumption.

"As an industry, we need to get more in the processed pork sector because over 40 per cent of pork sold in Australia is not Australian," Mr Kingma, who is the Victorian Farmers Federation Pork Group president, said.

"The fresh meat is 100pc Australian but it's all your processed products like bacon and ham and smallgoods which aren't necessarily an Aussie product."

Analysis by Thomas Elder Markets indicates the price of Australian pork has fallen by 25pc since March 2020, comparable with Denmark - one of the largest global exporters of pork - which has experienced a 21pc downturn in pricing.

Prior to March, pork producers were experiencing some of the highest prices on record, a flow-on effect by an increase in demand for protein due to the African swine fever, particularly in Asia.

"With pigs, it's very much predictive agriculture because you produce X number of pigs per piglet and largely supply is pretty much consistent," TEMmanager of commodity market insights Andrew Whitelaw said.

"Unless a producer decides to cull animals or not impregnate them, largely numbers will remain the same." 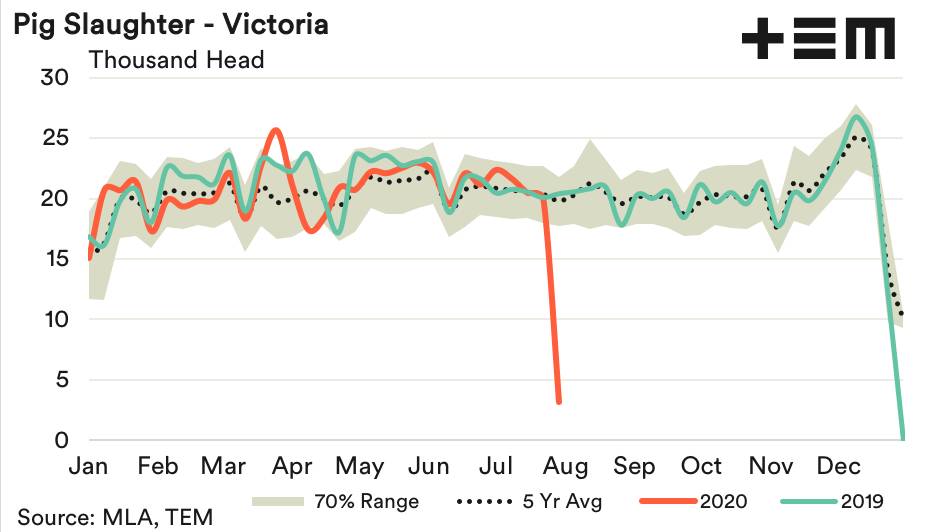 In the last two weeks, Victoria's pig slaughter has dropped 84pc down from 20,000 head to just 3160 head due to the shutdown of the major processing plant.

For producers like Mr Kingma, potential future restrictions for processing brought on by state government restrictions could have devastating supply chain consequences.

"That's the scary thing for the premier's comments on Monday cutting the meatworks down to two-thirds capacity because I have my 500-550 pigs a week, I've got to find somewhere to send them to market," Mr Kingma said.

Strict biosecurity and animal welfare guidelines and market specifications mean the pork industry is sensitive to changes with tight production methods planned for by piggeries more than 12 months in advance.

A silver lining for the industry, however, is the slowdown of international travel and the associated risks of overseas visitors bringing in illegal pork products which could potentially lead to an outbreak of the African swine fever.

In the 12 months to November 2019, 34 tonnes of illegal pork products were confiscated from air travellers entering Australia.

Australian Pork Limited chief executive Margo Andrae said the industry was working together to navigate hurdles such as closures of abattoirs.

"With changes to abattoirs in respect to staffing, we have pigs going in different directions to make sure they get to market when they are ready ... such as pigs being processed in other states," Ms Andrae said.

"Because of the nature of our industry and consumer preference, pigs need to go to market at a specific weight and time and any delays in this impact the market but also the storage capacity on farm."