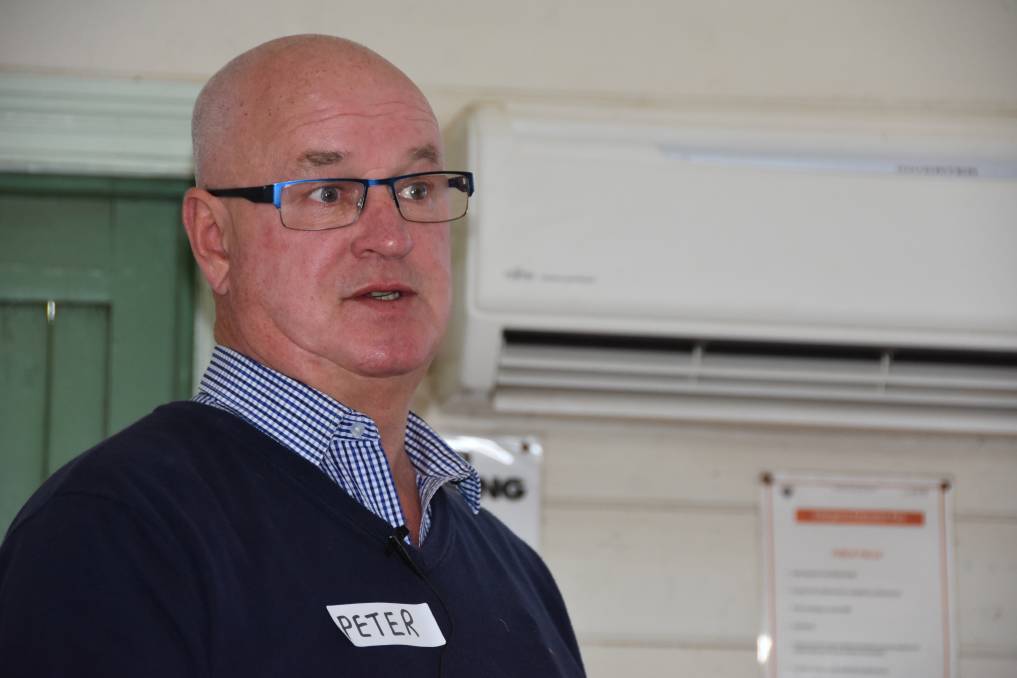 The head of a major northern Victorian water broking company has dismissed what he says are 'bar room" claims that speculators are distorting the irrigation market.

Waterpool, under its parent Water Partners, regards itself as a stock exchange, for water.

"There are certain people who trade water for profit, there is no denying that," Mr Lawford said.

"Some trade to cover costs, and there are a handful of buyers and sellers who recognise the actual opportunity, in that space, as a business function.

"But the market is mature, and these guys have very little influence on the outcomes.

'Our evidence is basically they don't - there is a lot of pub talk these guys drive the prices, but we don't see it."

Mr Akers said he didn't want his broker, knowing when, and how, he was operating in the market.

But he said there should be more transparency, around what brokers were doing.

"If you wanted some transparency it's about why people who don't have a water usage licence licences can carry water over, "Mr Akers said.

"You could look at that because they are not going to use it in agriculture.

"But it's not about seeing exactly what Geoff Akers is doing when he is buying and when he is selling.

Mr Reynolds agreed there needed to be more transparency around brokers.

"(But) no-one opens up their bank account to show them how much money you have, so why would you do that with water?"

Mr Olszak said transparency did not mean an individual's data was made available.

"We want transparency overall, and one of the key changes, or improvements, has been made in NSW." Mr Olszak said.

"That's usually just moving water between accounts, transferring between two related parties, but the currrent systems don't allow us to differentiate there."

The panel also discussed the current Australian Competition and Consumer Commission inquiry into the role of brokers and the operation and transparency of Murray-Darling Basin water markets.

The inquriry was prompted by concerns speculators were distorting the market.

The ACCC has finished its report, and it's now with federal Treasurer Josh Frydenberg.

Mr Olszak, and other panel participants, said supply and demand remained the most significant influence on water prices.

"Everyone is waiting to hear what the ACCC has to say, they have been at work for almost a year, on the interim report."

He said the ACCC had carried out a comprehensive review of the governance and management of the market, with a "pretty strong look at brokers.

"They have had a pretty strong look at the conduct of market participants.

"We will need to wait and see what they are saying, before we hypothesis on what that might be," Mr Olszak said.

The ACCC had raised some important issues, around whether the market was working, in a "fit for purpose" way.

"Whatever they say, it's probably not going to change the prices all that much, in the allocation field.

"Our view has always been that it is the fundamentals of supply and demand that are really driving allocation prices."

Mr Lawford agreed it was supply and demand, but concern around prices seemed to be based on an emotional response.