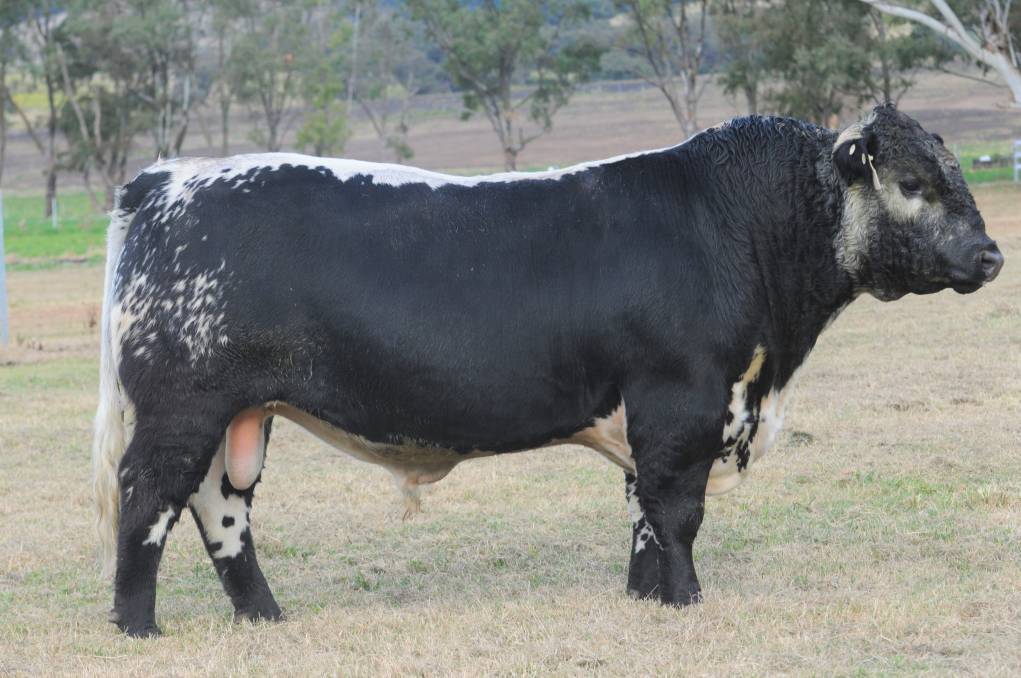 Minnamurra Plunderer P196 won the Sire Shootout viewer's choice competition with 15.13 per cent of the vote.

Votes were received from across the world.

He may have been late out of the blocks but a Speckle Park bull made a speedy surge to victory in the Sire Shootout viewer's choice competition, receiving more than twice as many votes as his closest rival.

Minnamurra Plunderer P196 from Minnamurra Pastoral Company at Coolah in New South Wales was unsuccessful in placing during the British bull judging on Tuesday night but he gained the appreciation of viewers from across the world.

The son of Canadian bull Redneck JSF Whiskey 4B, owned by Minnamurra, out of Minnamurra 300X Teressa J97 who goes back to another Canadian high performer in Spots 'n Sprouts Stands Alone, will be offered for sale at the Minnamurra Speckle Park sale on September 4.

Not yet two years old, the sire in the making has estimated breeding values landing either in the top one or five per cent of the breed across the board.

Across the competition votes were received from within Australia and as far as Canada, New Zealand, Norway, Portugal, South Africa, Spain, Timor, United Kingdom and the United States of America. 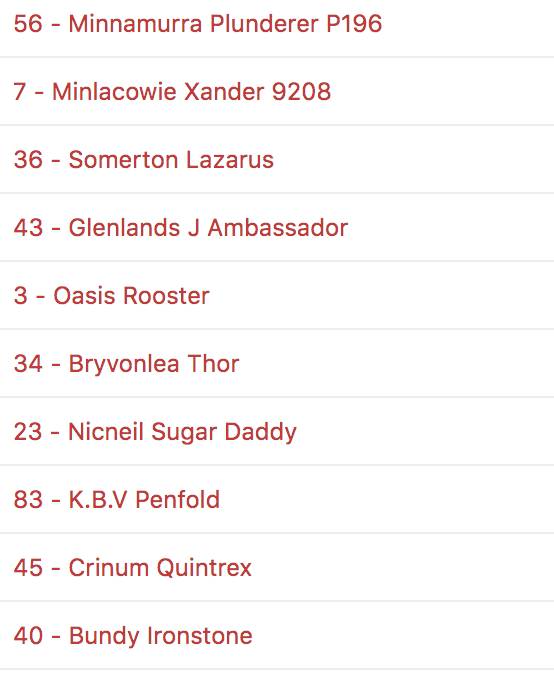 The top 10 of the viewer's choice competition.

British and European class judge Steve Crowley of Tycolah Poll Herefords praised the bull in his Sire Shootout appearance and said he was well worth a look at for his carcase traits.

"He is very well muscled and a great carcase bull," he said.

"He would have one of the bigger eye muscles areas of all these British bulls I think."

Plunderer had been taken straight out of the paddock, washed down in the yards, and captured on film for his Sire Shootout debut.

Minnamurra is focused on breeding bulls for the commercial industry with length, bone, meat eating quality and temperament all desired traits in their bulls.

Director David Reid and general manager Dennis Power were honoured and over the moon at receiving the news of their win.

Mr Power said they entered not just for themselves, but to showcase the young breed that was gaining popularity.

"Obviously there are more people who realise these Speckle Park bulls are better than what we thought," he said.

"He has really surprised us. It is very humbling to think those people out in the beef industry are interested in them and are getting to know more about them."

The runner up in the viewer's choice was the Droughtmaster bull, Minlacowie Zander 9208, from the Spann family of Jambin, Qld, with 7.8 per cent of the votes.

The story Speckle Park takes most popular in Sire Shootout first appeared on The Land.