Ken Wilcock notes that with the exception of January, beef exports each month have been down on the corresponding month last year. 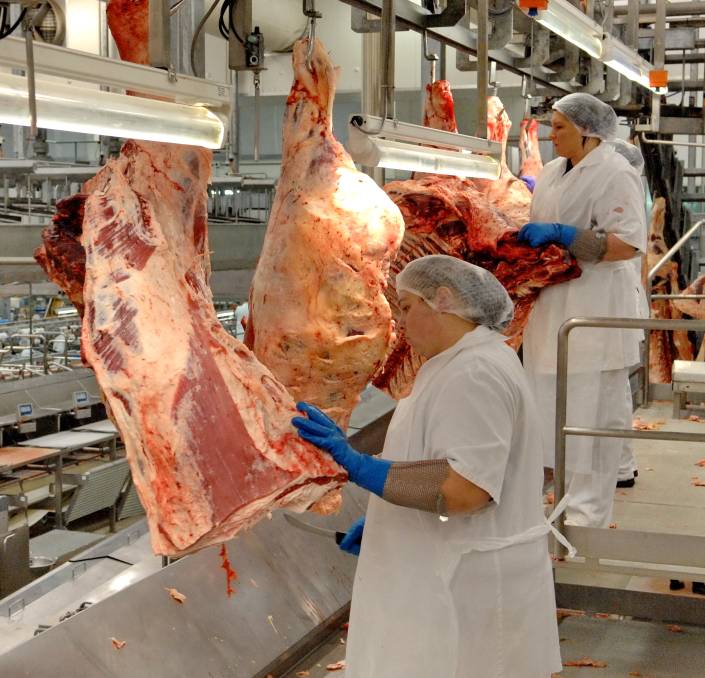 ALTERNATIVES: It was fortuitous for the four plants at the time of their suspension that the US imported beef market had spiked to its highest level for the year.

JUNE beef export figures just released by Department of Agriculture confirm a declining trend in shipped tonnage, a not unexpected outcome given the diminished state of the national herd and a significant slowing of drought-induced liquidation of herd females which peaked at extraordinarily high levels in 2019.

With the exception of January, which recorded an exceptionally high tonnage due to strong carryover slaughter bookings from December, each month since has been down on the corresponding month last year.

If the rate of female slaughter continues to fall, chances are we will not see exports reach 100,000t in any of the remaining months this year.

As it is, the June tonnage figure is probably inflated to some extent because of the product caught up in the Chinese suspension of four major beef export plants in mid-May.

Anecdotal reports indicate a lot of Chinese-labelled product was caught either on premises or wharf and had to be brought back in for reworking.

This detracted from May exports and showed up as uncharacteristically high tonnage in the early part of June when it was re-dispatched to different customers.

While that has caused distortion in the May and June export volumes, we probably shouldn't read too much into these numbers per se.

After all, the suspended plants are still operating and their product that might have gone to China is now going to other destinations.

For the vast majority of product that goes to China, principal alternative destination is the United States.

There were 96,495 tonnes shipped in June bringing the half-year progressive total to 553,680t, down 2.7 per cent on last year. If the rate of female slaughter continues to fall, chances are we will not see exports reach 100,000t in any of the remaining months this year.

It was therefore fortuitous for the four plants at the time of their suspension that the US imported beef market had spiked to its highest level for the year.

But time does not stand still particularly under the rapidly changing influence of a coronavirus pandemic.

Before the spike, higher than normal US cow slaughter rates in the early months of this year caused a price fall in US domestic lean product which in turn impacted demand for imported lean.

Fed cattle were also hit when the collapse in the equities market spread to commodities.

With the fed and non-fed sectors of the US beef market in sharp decline the imported beef market was understandably lacklustre.

Trading for April shipment resulted in just 15,000t from Australia.

Meanwhile US lockdown measures to control the spread of COVID-19 led to soaring retail demand while at the same time beef production was being severely curtailed by infection rates and absenteeism.

Record US domestic wholesale prices flowed through to imports and the April slump turned around to a 20,500t export volume from Australia in May.

With the redirected China product, volume soared again in June to 26,161t.

That is more than a 10,000t increase in just two months and would therefore seem a likely candidate for the old axiom of what goes up must come down.

As covered in last week's column, that seems to be exactly what is happening, with US import prices trending back toward levels of earlier this year.

That would seem unfortunate for the suspended plants as China may well be returning to market ascendency.

It probably would have shot the lights out in May with around 30,000t if not for the suspensions restricting that month to a fraction over 24,000t.

The US no doubt bought product away from China in June leaving it with just 16,963t for the month.

But with the US market in decline it would now seem China is once again in a position to buy Australian product away from the US despite triggering Safeguard under ChAFTA in late June.

Last year Safeguard triggered in late August but the associated hike in tariff from 6pc to 12pc had little effect, with volumes climbing month-on-month right up to 34,000t in November and December.

Prices were moving up rapidly at the time so the 6pc tariff increase was a relatively minor impediment until the US market slumped and Chinese importers were suddenly caught with a lot of very expensive product.

A lot of jockeying followed to renegotiate prices and in the process a lot of product no doubt went into bonded storage.

When that product cleared China customs on January 1 this year at 4.8pc instead of 12pc tariff, it would have counted against the 2020 threshold of 179,687t and contributed significantly to a much earlier triggering of Safeguard this year.

Circumstances are a little different this year as the tariff jumps from 4.8pc to 12pc for a two-month longer period than last year and the market is not under the same strong upward price pressure.

Whether Chinese importers will be willing to absorb the extra 7.2pc remains to be seen.

In addition, the US is a potentially significant new player by virtue of its Phase-One trade deal with China.

While it formally faces retaliatory duties of 42pc, there is a duty exclusion process which allows importers to apply for relief. If granted, the rate for US beef can decline to the MFN rate of 12pc.

Office of the US Trade Representative has reported that Chinese importers are receiving this tariff relief.

AFTER weeks of sustained high prices, saleyards in the eastern states may have reached a tipping point for export type cattle.

Dalby last Wednesday was back 5-9c/kg for heavy cows and early markets in the south this week followed trend.

Grid rates in southern Queensland are unchanged at 650c/kg for 4-tooth ox and 570c for heavy cow.