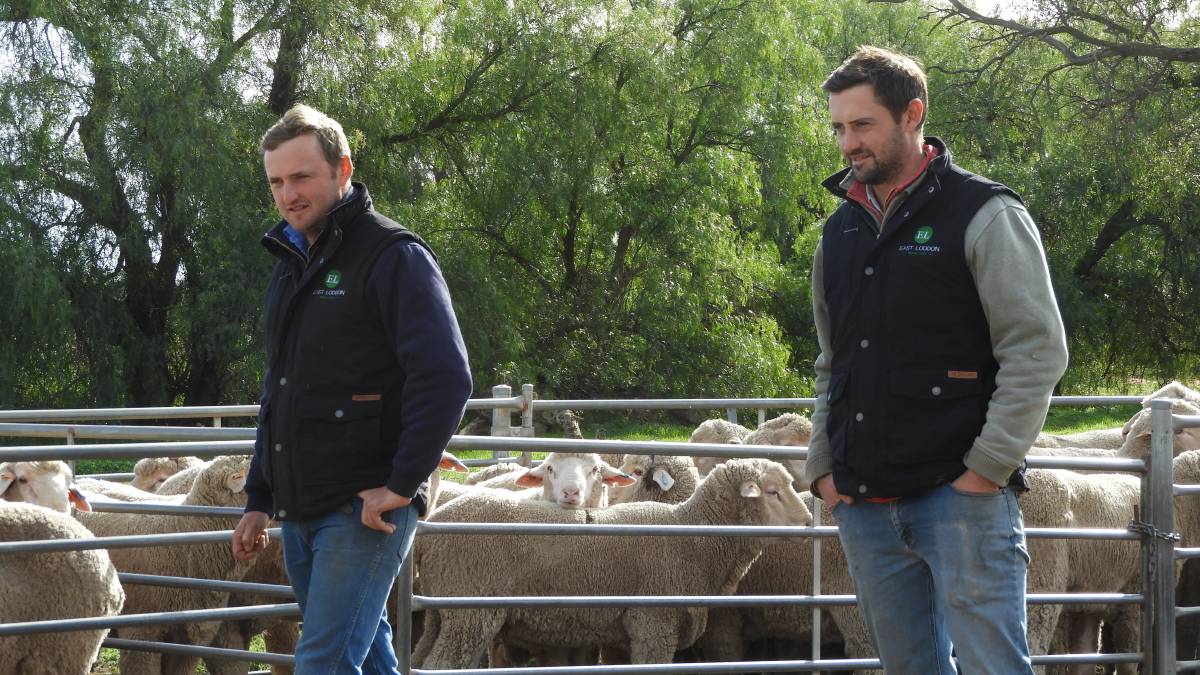 NEXT GENERATION: Marcus and Tom Hooke took over the East Loddon Merino stud from their parents five years ago.

Five years ago Tom and Marcus Hooke took over the East Loddon Merino stud from their parents and stud founders Bill and Diane Hooke.

Five years ago Tom and Marcus Hooke took over the East Loddon Merino stud from their parents and stud founders Bill and Diane Hooke.

While the foundations of the Wanganella, NSW, stud remain the same, the brothers have added their own touch, by incorporating additional priorities into the operation.

One of those is the use of Australian Sheep Breeding Values, which they use alongside strict visual assessments.

Tom Hooke said the combination of objective measurements and visual selection allowed them to breed an SRS Merino, which was wrinkle free, with free growing wool and high muscle, fat and growth rates.

He said the stud was proud to be non-mulesed, a move they made 15 years ago.

It wasn't until more recently that the commercial side of the operation moved over, but it was a move they were keen to make to sustain their futures in the industry.

"We see it as the right thing to do and the right way to move forward," he said.

"Marcus and I are still in our early 30s and we want to be in the game for a while.

"We're simply listening to the end consumer to ensure the best market opportunities, and that means non-mulesed."

He said they had observed an eagerness from other producers to eliminate mulesing, and he was pleased to be able to offer genetics that would help producers do so.

"We're getting some new clients just because they want to go mules free," he said.

"We also know not everyone's in a rush for that, but it doesn't hurt to have the option developing."

Mr Hooke said they run their commercial operation side by side with their stud business.

"We try to treat our sheep the same, we make the stud sheep prove themselves just like the commercials," he said.

And they "couldn't have been happier" with how it went.

Mr Hooke credited the success of the sale to having a product that was very much in demand.

"We have a very strict breeding program and direction and it was pleasing to see that that lines up with what others are looking for," he said.

Mr Hooke said they had had an early start to the season, which was a nice change and a huge relief.

"Everything's in good condition; we're lambing now, we haven't marked yet but we had a fantastic joining, and expecting good survival rates," he said.

He was particularly excited about the progeny of a ram they had bred themselves and sold plenty of semen in - 180062.

They had used him, along with others, in an extensive artificial insemination and embryo transfer program.

"He's got the best breeding values that we're striving for and the phenotypical attributes to match," he said.

The stud will conduct a ram sale on September 7, with 60-70 rams to be offered.

The story East Loddon's next gen add their own touch first appeared on The Land.