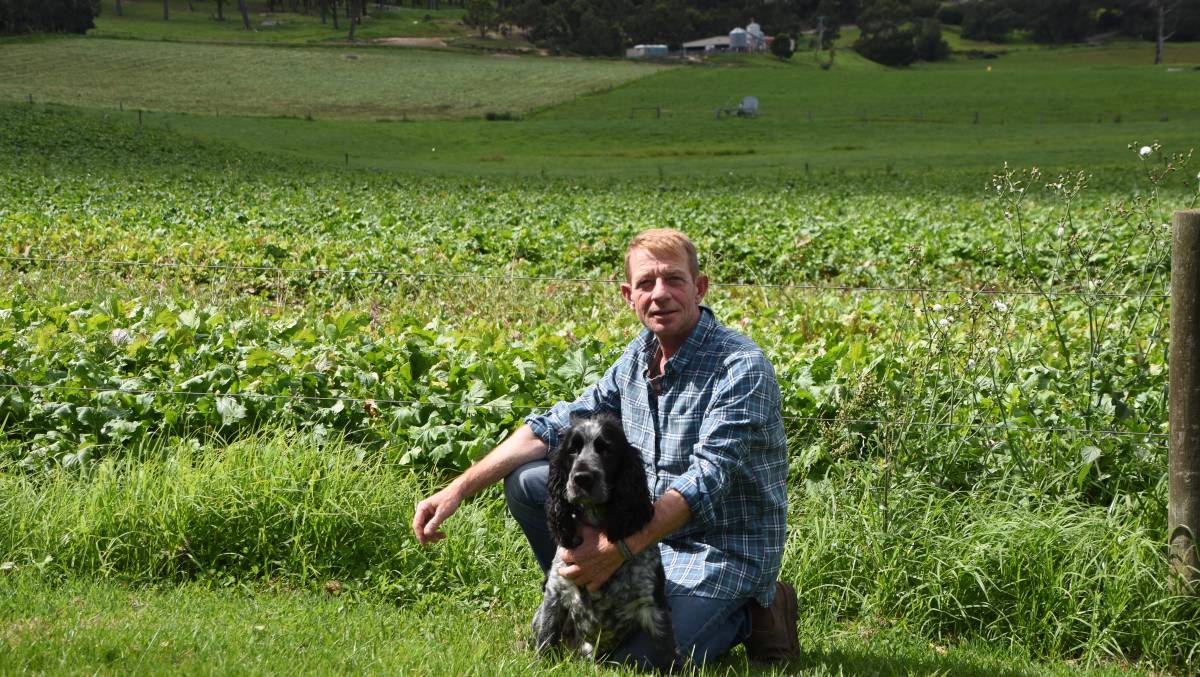 FIND SOLUTION: United Dairyfarmers of Victoria president Paul Mumford has urged NAB to keep Organic Dairy Farmers of Australia afloat, until a solution can be found to the company's financial woes.

The financially troubled Organic Dairy Farmers Australia (ODFA) co-operative, now under voluntary administration, is seeking to sign up more primary producers, as its receivers try to find a new buyer.

Worrells partner Scott Andersen said he company would continue to work with the receivers, Deloitte, appointed by NAB.

"I can tell you I have fielded multiple inquiries, before the appointment of the receiver, and subsequently as well," Mr Andersen said.

"There is genuine interest in rescuing the co-operative."

Recievers Deloitte Restructuring Services said it would continue to trade the business, while marketing its assets for sale.

That included its processing facility and milk supply agreements, with producers.

"The challenges the business has encountered, including around loss-making milk supply contracts in a very niche market, are fairly well known," Deloitte's partner and receiver Tim Norman said.

"These losses, and issues with a drying facility under construction, led the ODFA directors to appoint voluntary administrators, and the secured creditor (NAB) has now appointed the Receivers and Managers."

The company is wholly owned by 40 family dairy farms, in Victoria and north-west Tasmania.

Its directors placed the company into voluntary administration last week citing a downturn in the Chinese market, delayed sales, and the impact of COVID-19 as their reasons.

Mr Andersen said last week Worrells had provided all employees and non-secured creditors with an update of the company's position.

Meanwhile, Deloitte put advertisements in major Channel 9 newspapers on the weekend, calling for expressions of interest in companies seeking to buy the business.

On the company's website, which acknowledges ODFA is in voluntary administration, it also put out a call for more organic dairy farmers to become involved in its operations.

"Demand for organic dairy products is growing, and ODFA is interested in hearing from farmers considering the transition to organic,' the post said.

"At ODFA, our farmers feel welcome and supported, with our team mentoring new co-op members through the change process."

Mr Andersen said a meeting of creditors has to be convened by the end of June, but that timeline can be extended.

Worrells will continue as administrators, while NAB has appointed Deloitte as receivers.

NAB appointed Sal Algeri and Tim Norman, of Deloitte as joint receivers and managers to ODFA until the assets were sold or until the bank was paid out for the security, it held over assets.

It's believed the company owes National Australia Bank $8 million and unsecured creditors, such as the farmers, between $3.5 and $5 million.

"I think the overarching objective from our appointment, and also that of the receivers, is to preserve and maximise the value considered the best outcome for the various stakeholders," Mr Andersen said.

"Our role as administrators is to preserve the majority of the assets, to provide a better outcome for all stakeholders.

"Deloitte's legal obligation is to deal with the secured asset and report to NAB anything subject to the bank charge."

United Dairyfarmers of Victoria president Paul Mumford said his organisation had been in touch with members and directors and written to NAB.

"It's essential for the industry to support all processors, no matter who they are, or what they produce because the industry is in a vulnerable position," Mr Mumford said.

"Once we see processors dropping off, it becomes a huge problem for our industry."

Mr Mumford said the organic niche market had been profitable, historically, in delivering quality products to consumers, while serving a growing market.

He said he had asked NAB for time so that an appropriate buyer for the business could be found.

"Farmers have not been paid for six to seven weeks," he said.

"It's a sign of the times, I don't think the company was too exposed to the Chinese market, but this is saying the dairy industry has been in turmoil, for quite some time."

Mr Mumford said he had asked the NAB state manager to contact him.

"I need him to call me to reassure the industry and our farmers that supply the business they are supporting the process and showing good corporate responsibility," he said.

"Social responsibility is probably more valuable in this COVID-19 era."

Mr Mumford called on the bank to allow the administrators enough time to seek the best solutions for everybody, including the bank, co-operative and farmers.

"It all comes down to time that's why the bank must give it some leeway so we can have a positive outcome," he said.

Farmers were owed around $3 million.

"That not only affects the businesses it affects the regional communities they live in," he said.

"It would set a precedent, but we have to acknowledge there are a myriad of programs, from both the state and federal governments, that may assist."

But northern Tasmanian farmer Gary Watson, Lileah, said he didn't think he would see any of the $250,000 he was owed.

He last received a milk cheque on April 15.

"The milk is going to Cadbury, at the moment, and come July 1, it will go to Fonterra," Mr Watson said.

The administrators had let him out of his contract.

"I told them, 12 months ago, this would happen if they didn't change things," he said.

A NAB spokesman said the company acknowledged it was a difficult time for everyone, following the decision to place the company into voluntary administration.

"Deloitte will continue to work with the executives and ODFA board to maximise the potential return to all creditors, including NAB and ODFA shareholders," the spokesman said.