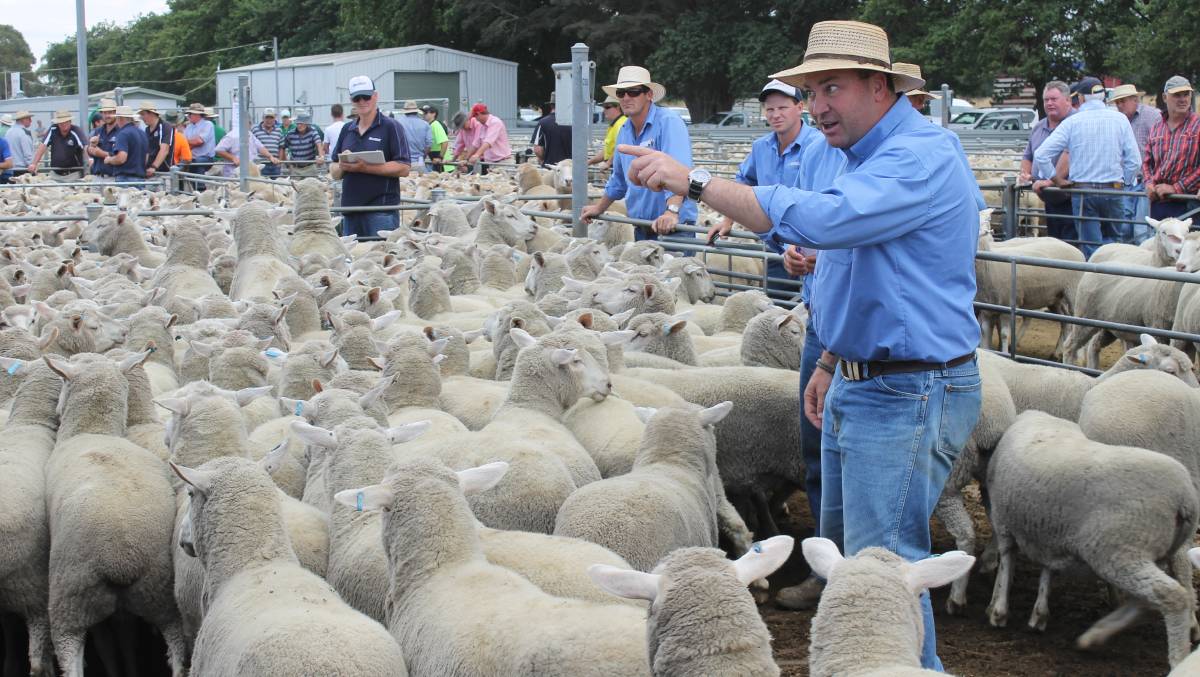 Restocker competition is red-hot on trade lambs at the moment, and there are predictions that prices will keep on rising.

Restocker competition is red-hot on trade lambs at the moment, and there are predictions that prices will keep on rising.

That's according to Charles Stewart & Co livestock agent Jamie McConachy, who said this week's market at Ballarat continued on a positive trend.

"It was another good market, with trade lambs holding up on last week's peaks," Mr McConachy said.

"The light trade job was firm to even with a lot of restocker competition."

He said he expected the strength in the domestic trade job to continue, and to even exceed the levels it was currently sitting at.

"Lambs are making from $8-$9 a kilogram at the moment, which is incredible money considering what's going on," he said.

"Typically, once you get into winter, it does continue to soar upwards, and I can't see a reason why it won't this year.

He said the typical winter spike was all about supply and demand and supply was particularly low this year.

"If we were going to have a hiccup, I'd say it would have happened by now," he said.

The part of the market that was struggling though was the heavy lamb job.

And Mr McConachy said that was to do with coronavirus and a lack of export orders.

"They're telling us that trade in the US is all over, so therefore they're not relying on any Australian input," he said.

At Bendigo on Monday, there was a big yarding of 18,800 lambs following no market last week because of Easter.

The market was quoted as opening cheaper but improving as it went on.

Agents quoted export lambs as $10 to $20 a head cheaper, while domestic stock varied from $10 easier to firm on a fortnight ago.

At Cowra, NSW, late last week, lamb numbers increased and quality was reported as good across the trade and heavy grades.

Heavy weight lambs were $4 to $6 easier and averaged from 780-850 cents a kilogram carcase weight.

Mutton numbers increased and quality was reported as being mixed while prices lifted $5.

And at Tamworth, NSW, it was reported that trends varied through the lambs with restocker lambs remaining close to firm on pre-Easter levels.

Mr McConachy said the impact coronavirus was having on the way the sale was conducted was minimal.

"Yes, there are restrictions on the number of agents you can have out, and farmers aren't allowed, but generally it's no big deal," he said.