The red soils of Bungaree have produced the joint Australian record priced lambs. 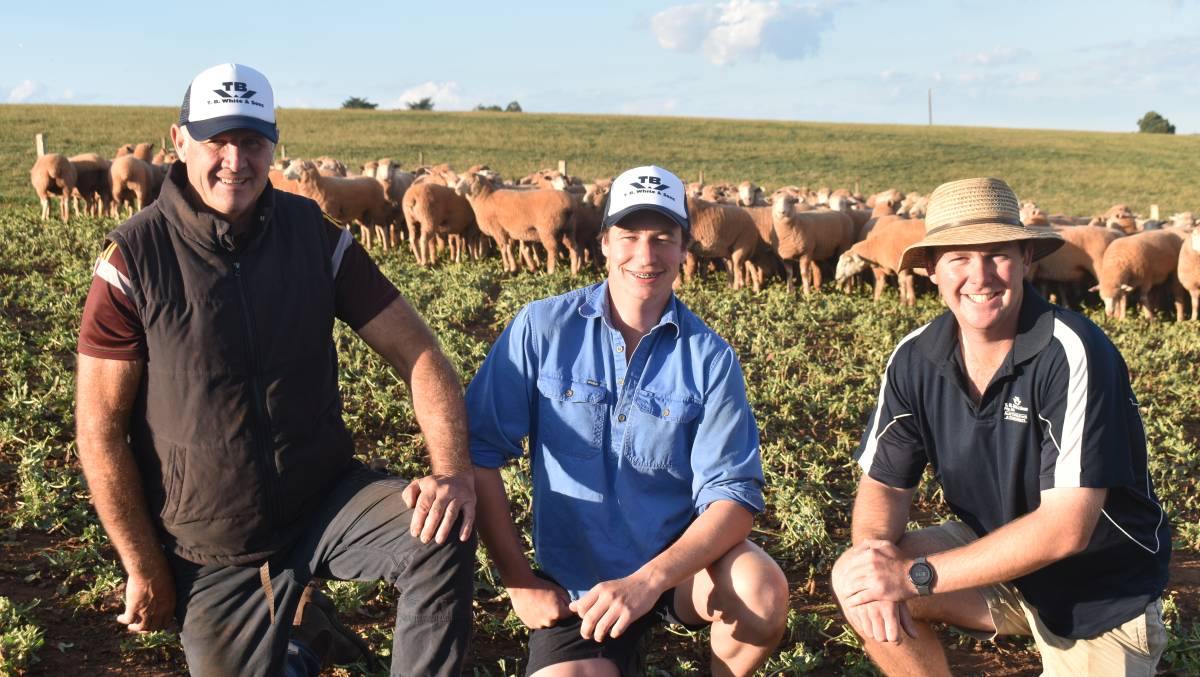 Neighbours near Ballarat now jointly hold the Australian record lamb price at $380 a head after Tuesday's lamb sale at Ballarat.

Mr Frawley said the record was a great result for the district and the industry.

This week he forwarded a consignment of 122 that matched the record of $380.

He said the current market was a "once in a lifetime" event on a global stage with the export markets.

He said this week's lambs were a draft out of the operation which finishes lambs on rape crops and silage.

The finishing operation was aimed at producing lambs for the heavy export end of the market - around 32 kilograms plus.

The lambs had an estimated weight of 38 to 40kg.

"We don't buy just any lamb, they have to be the right article and sometimes that means paying more, not buying to a price," he said.

He said the red soils in the district "had something in them".

"Lambs do really well, they stack on weight and they yield well," he said.

He runs the operation with wife Jo and worker Cal Winter.

After a difficult season last year, this season had been "fantastic".

Mr Frawley said last season the feed wasn't available despite irrigation, while this year the feed had kept growing with little watering.

TB White & Sons livestock agent Michael White said the Frawley and Guthrie Farms' record results were a credit to the way they both went about their businesses.

Mr White said the producers were careful in their selection of lambs to bring into their operations.

He said Mr Frawley looked for Poll Dorset or White Suffolk-sired lambs out of first-cross ewes.

The lambs needed to be stretchy with plenty of frame to handle the heavy weights.

Jake Guthrie said their operation included a large potato growing business and cattle as well as the lambs that were turned off throughout the year.