Heavy lambs sold to $380, while light lambs made more than $11 a kilogram this week.

Demand for lambs and mutton has continued at a pace as stock numbers continued to find their way to saleyards.

The price equaled that paid last week at the same centre.

The shortened selling week in Victoria due to the Monday public holiday aided both the yarding totals and prices.

The run of heavy lambs at Ballarat was the "best you could see anywhere in Australia", according to TB White & Sons director and auctioneer Gerard White.

Mr White said the line-up was a credit to the vendors.

The rise was attributed to the short selling week and the current pricing levels.

Despite that the heavy lambs were quoted as slightly cheaper.

Feeders and restockers were active at Ballarat, fighting with processors for suitable lambs.

In the heavier category at Corowa, 22-24kg lambs averaged 985c/kg compared with 945c/kg the week before.

The mutton penning at Ballarat decreased by about 30 per cent to 9749.

It was another strong market with prices reported as $30higher than the previous week in places.

At Corowa there were just 3650 sheep yarded, down by nearly 400 on the previous week.

MLA reported heavy mutton selling dearer with 4-score crossbred ewes selling from $241 to $280 to average 752c/kg and heavy Merino ewes climbing $32, selling to a top of $270. 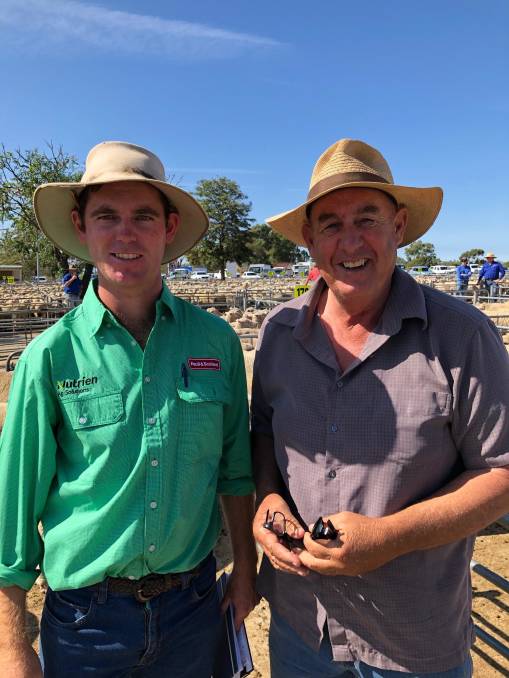