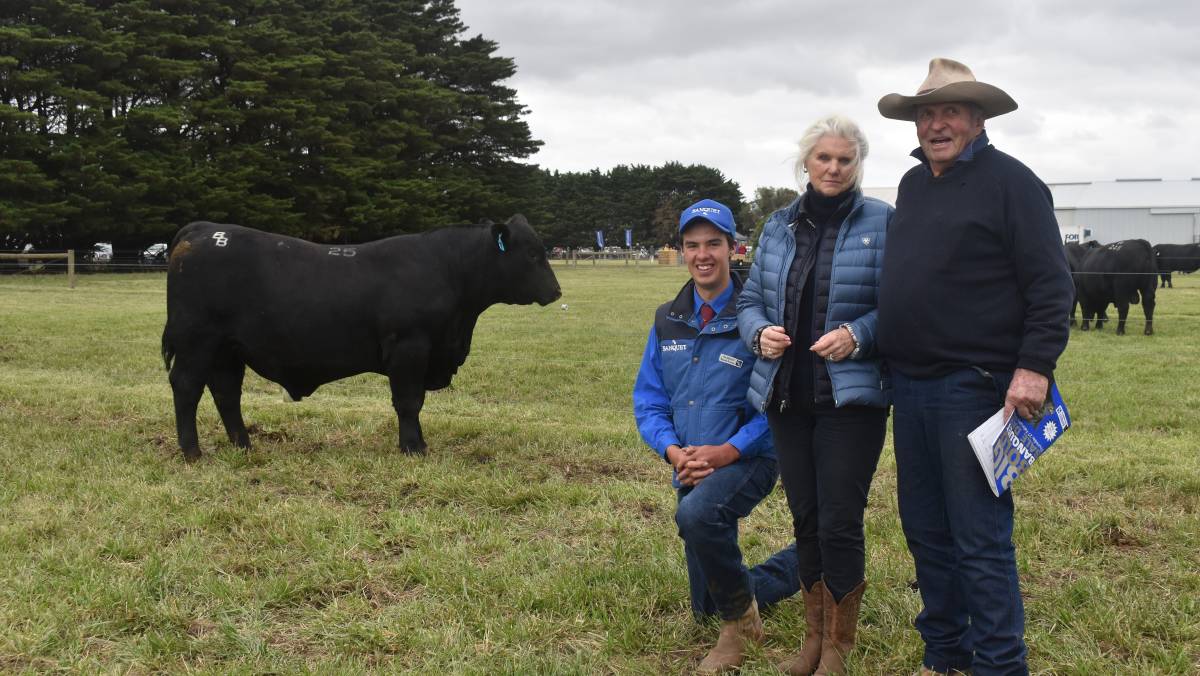 Mr Kimpton said the bull had length, scale and "stood up and looked at you".

He said the bull had the style, length and bone to carry the weight.

The bull was a different style of bull to the one they purchased for $48,000, he said.

He said this bull's pedigree went back to a lot of older bulls.

He said the record average wasn't on the back of a record high price, rather it was an even draft of bulls with a large group of buyers.

The sale reflected the bulls - they were an even line with a lot of choices for people.

He said he took it as a huge compliment that buyers came and took time to understand what Banquet was trying to achieve.

Mr Branson said that with the new genetics coming through he felt like he was "just starting out".

He said he was most proud of the heifers that were offered prior to the bull sale by Robbie and Marg Patterson.

The rising two-year-old heifers were offered as pregnancy-tested-in-calf to Banquet Lascelles L022 and Banquet Nixon N099 and sourced from six leading Banquet clients.

Mr Branson said it was a tremendous run of commercial females.

It was exciting to see the heifers that Banquet genetics could produce for their clients.