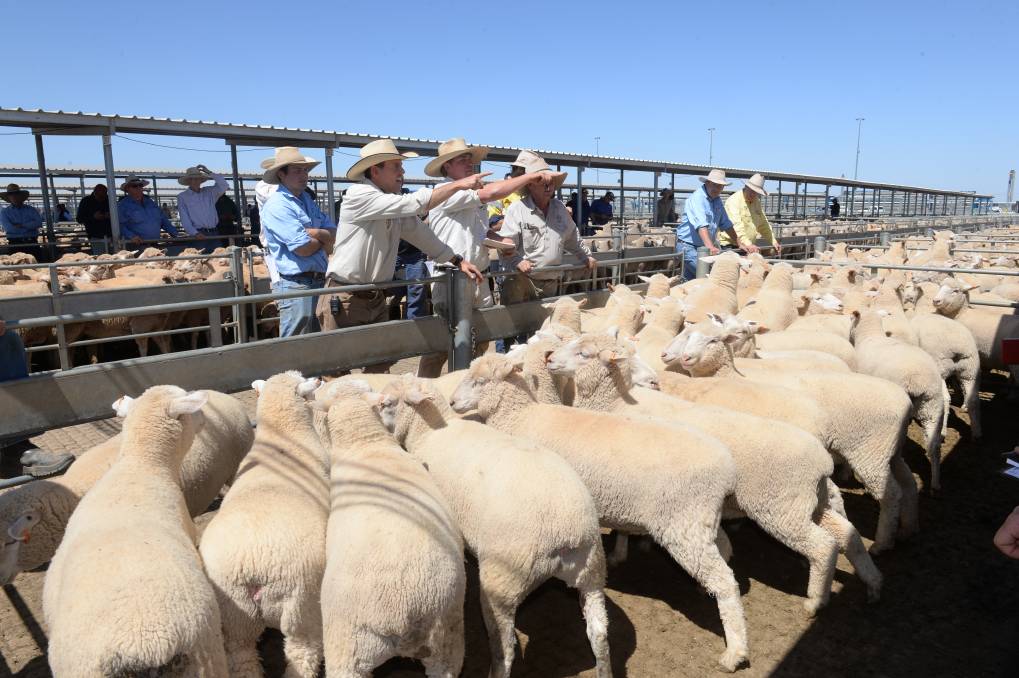 BIDDING DUELS: Processors are having to battle with restockers and feedlotters at big sheep sales as rain spurs optimism in the sheepmeat sector.

Saleyard lamb and mutton prices have continued to rise on the back of widespread rain.

Extra heavy lambs topped at $340 at Wagga Wagga today as processors, fatteners and feedlotters did battle for the yarding of 38,300.

The Eastern States Mutton Indicator has jumped 72c in the past week and is now 359c above year-ago levels.

Australia's sheep flock is poised to hit its lowest level since 1904 at around 63 million by the middle of this year, according to Meat and Livestock Australia.

The world - leaving aside the market threat posed by coronavirus in China - has developed an almost insatiable appetite for Australian mutton and lamb.

And now widespread rain in drought-ravaged NSW as well as other eastern states is sparking the start of a rush to rebuild the flock as producers look to take advantage of the extremely positive outlook for sheepmeat.

The Eastern States Trade Lamb Indicator jumped another 27c on Thursday to 905c, taking the gains for the past week to 76c.

Lamb numbers rose by 3000 head to 33,000 at Wagga Wagga on Thursday but prices just kept skyrocketing.

Prices for trade lambs over all weight categories were significantly higher. Heavy young lambs over 30kg dressed were in greater supply and demand strengthened with a northern processor dominating this weight category, MLA reported.

Lighter weight young lambs were well supported by restockers, lot feeders and processors. Trade lambs were dearer throughout due to stronger competition from major domestic processors.

Lightweight lambs to the processors made from $134 to $177 with buyers struggling to operate against feedlots and restockers.

Lightweight lambs back to the paddock sold to $177.

Despite not all processors operating in the heavy export run, prices surged ahead $19 to $23 a head.

The bulk of the heavy and extra heavy lambs sold to intense competition with plenty of bidding duels along the way.