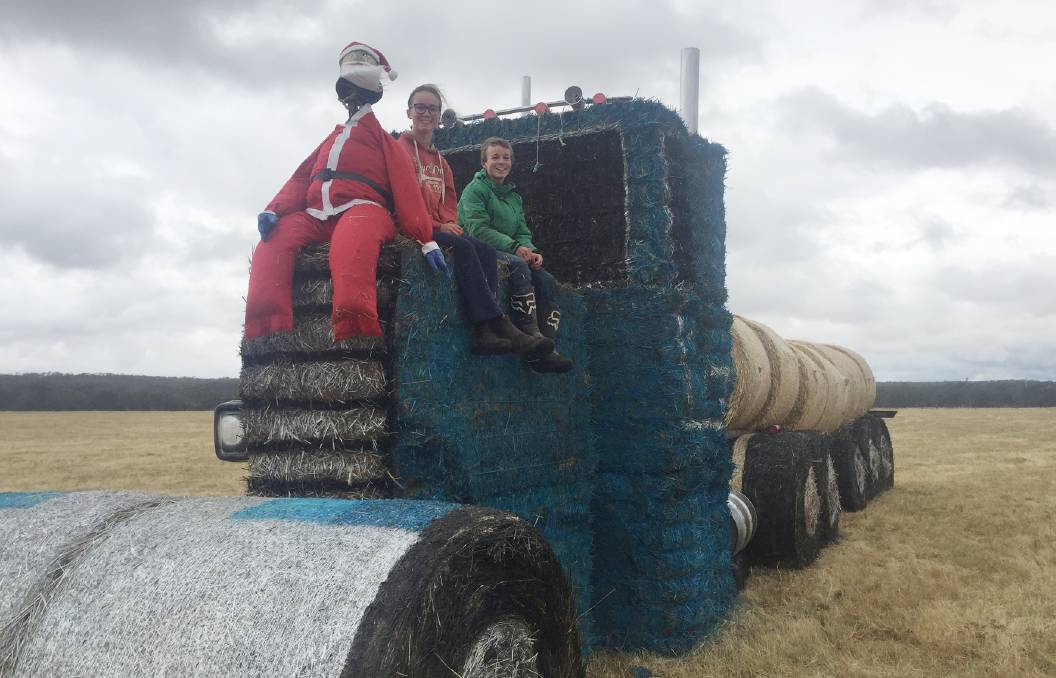 The challenge has been set as Newstead's Hutton family unveiled their new hay bale artwork.

The well-known annual construction on the Pyrenees Highway near Newstead has been creating widespread interest and comment.

This year the Christine and Craig Hutton and children Maddy, 17, and Charlie, 14, hope fellow district farmers will take up the challenge and construct their own works of art.

Ms Hutton said the artworks started in around 2012 and were spasmodic for the first few years, but more regular in the past few years.

She said it was a real family effort.

She said Craig did the heavy lifting and was responsible for the "engineering" of the artwork to ensure it was structurally sound.

"We have lost a few things over the years because it's a really windy spot," she said.

"We get a lot of people asking through the year asking what we are doing - but that's top secret.

"We get a lot people tooting and stopping in to talk while we are constructing."

She said they were trying to get local farmers to make some art for a bit of "friendly rivalry".

Maddy said she and her mum were the main designers and decision makers for each construction.

She said it was really fun to build and design them and the comments and anticipation of everyone about what it would be.

This year's structure took about 10-12 hours to install.

She said the construction was more complex each year as they tried to go one better.

The artwork stayed in the paddock "well into the new year" when things started to fall off.