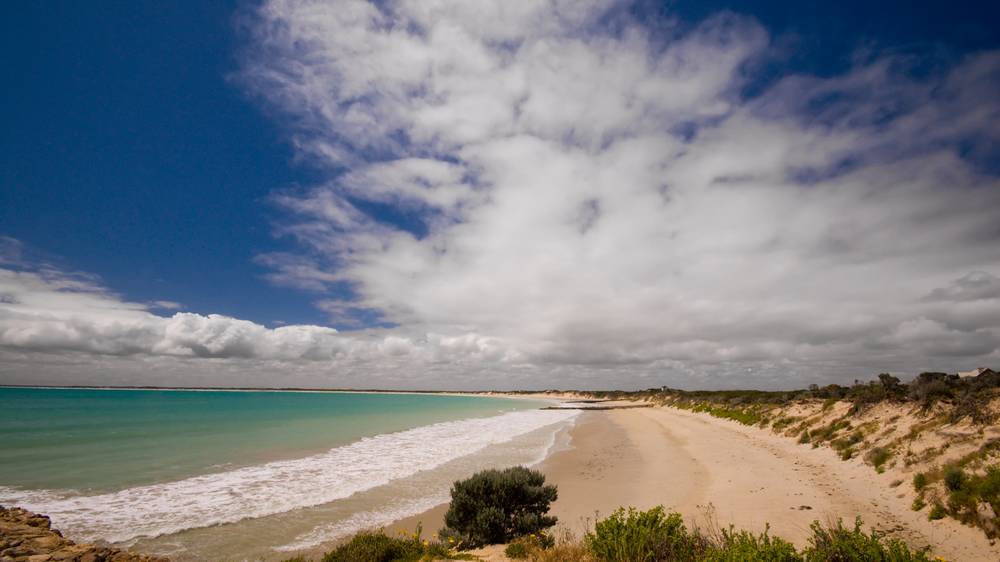 Sponsored content: When farmer Anita Brojatsch was a teenager, she spent hours riding her horse through the sand hills on her family's cattle property, Marram Hills, on South Australia's Limestone Coast.

When farmer Anita Brojatsch was a teenager, she spent hours riding her horse through the sand hills on her family's cattle property, Marram Hills, on South Australia's Limestone Coast.

"Mum wouldn't even know what way I'd gone," she said. "I'd just saddle up the pony and I'd be gone for hours riding on the big sand hills and along the beach. I loved it, it was a real escape for me."

These days Ms Brojatsch is running the property, whose name was inspired by the Marram grass her grandfather initially used to stabilise the sandy soil of the fragile coastal land.

She returned four and a half years ago, after 20 years away working in the Northern Territory, Queensland and northern New South Wales, to help her parents who still live on part of the property located near the town of Southend.

Her vision is to regenerate the now 700 acre beef producing farm, using the kinds of regenerative farming practices she believes are crucial to protect and nurture agricultural land for the future.

As well as increasing the productivity of the land with a goal of eventually boosting her herd of 70 cattle to 100, Ms Brojatsch wants to enhance it as a rich and protected coastal habitat for native wildlife, including the endangered Orange Bellied Parrot, which migrates to the area.

"Long term I hope what I do here will show what can be achieved by adopting some of these practices," Ms Brojatsch said.

"Our health depends on the health of our precious soil. You can't keep taking from it without putting anything back into it. You look around at the soil on some farms and it just looks dead." Before and after: Marram Hills owner Anita Brojatsch says she's seen big improvements on her property in four years.

It's a vision that had an extra boost recently with Ms Brojatsch selected as one of the recipients of the inaugural Gallagher Landcare Fencing Grants, aimed at supporting improved grazing management and conservation across the nation.

The 13 successful recipients have received a combination of in-kind Gallagher Electric Fencing and monetary support to facilitate their project outcomes.

For Ms Brojatsch, the grant is a welcome helping hand, allowing her to bring forward some of the steps in her regeneration strategy.

"The fencing this will allow me to get up and running was on the back burner because there were so many other jobs I needed to fund and get done first," she said.

"I had used the Gallagher Westonfence system over the last couple of years so I was a fan of it already. It's just an easier way to be able to get fencing in quickly. I can put a fence up on my own with no heavy machinery.

"When I first started here I knew nothing about fencing - I had to get a friend to show me how to tie a proper fence knot. But now I've got a few tricks I can teach others."

Absence of any internal fencing was just one of the challenges Ms Brojatsch was confronted with when she returned to the property and set about developing her management plan.

"Seeing how far this land has come in the last four years has been pretty amazing because it wasn't in a great way at all," she said.

"When I first started there was no pasture so my first plan was to support pasture improvement and get the soil stabilised.

"The fragility of the soil is the biggest challenge. When I'm cultivating the soils I have to leave it until I know I'm going to get rain because it will blow off so easily.

"I have to time it very carefully. While a lot of people here can sow early I can't - it would start eroding very quickly." Anita Brojatsch erecting some of the Gallagher fencing on her property.

Methods Ms Brojatsch has implemented on the property include planting hundreds of shrubs and trees, with many more to come, and growing crops that are then mulched back into the soil. She's also carving back her cattle herd to a size that is sustainable for the property in its current state.

In the future she's also planning to implement cell grazing, the regenerative farming practice of grazing livestock on rotation through different paddocks so some of the land is always recovering.

Getting more trees back onto the property is a particular passion for Ms Brojatsch.

A tree line she is in the process of establishing - with the help of the new Gallagher fencing to exclude kangaroos - will eventually provide wildlife protection and food, shade and shelter for her cattle, and create a wind break to protect paddocks from the coastal winds.

"Animals need trees. I hate driving past a paddock and seeing cattle out on a 40 degree day and not a tree in sight," she said.

"It puts such stress on the animals. I don't like standing out in that kind of heat so why should I expect them to do the same?

"The beauty of trees is that you can still graze your cattle around them and be improving your soil at the same time."

Ms Brojatsch would like her property to become a model of sustainable farming practices.

"It's still early steps for me and I'm learning as I go; I was green as grass when I came back and took this on," she said.

"But I've learned a lot and have some incredibly knowledgeable people advising and helping me. There's a lot of support out there that's available. I've got the local scouts coming in May to help me plant 1000 trees!"

"I hope Marram Hills will be an example that you can be a producer while also caring for your land and the environment, and that we don't have to clear everything or chemically treat the land for it to be productive."