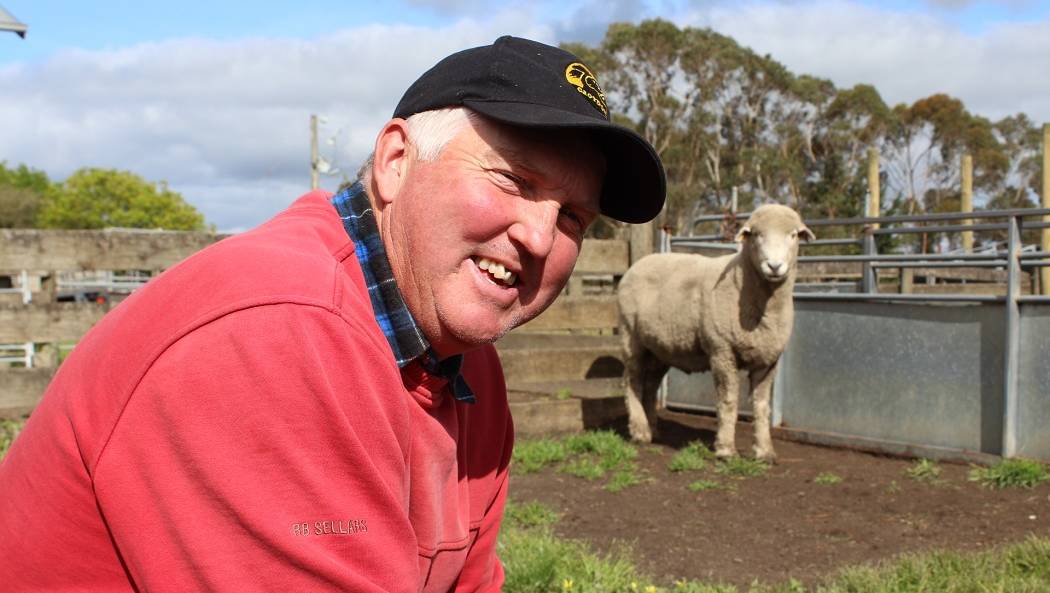 NEW WAY: Mike Deppeler with Croydon 167, sire of the top-priced ram in his Corriedale sale

A focus on performance recording with a New Zealand twist is winning support for a pair of Victorian Corriedale breeders.

Their Croydon stud has maintained its standing as the flock with the highest on-property sale average and clearance rate among its Victorian peers, selling 41 of 42 rams last Friday.

Mr Deppeler said the database and his use of imported high-ranking sires helped him to improve the Croydon sheep by winning new clients across the Western District and into South Australia.

At the stud's sale last week, a range of sheep producers bought Corriedale rams, to go over Corriedales and composite flocks to improve wool quality while retaining carcase traits.

The sire of the ram, Croydon 167, is a twin that ranks number 26 in SIL's top 100 Corriedale or Goldmark rams in New Zealand and Australia.

"He is actually pretty balanced and positive in his figures," Mr Deppeler said.

It was the first time the sire's progeny were represented in a Croydon sale and they averaged $1057, well above the top-performing sire, Croydon 24, a grandson of an imported Strathblane ram, whose 17 sale rams averaged $1000.

His family has bred Corriedales for at least 50 years, through some lean times, but Mr Dyke said Corriedale wool prices have improved.

He has also joined Border Leicesters to some ewes to produce a prime lamb mother.

Other Corriedale rams buyers were Neville Richardson, Hawkesdale, who paid $1600 for lot three.

The volume buyer was Peter Small from Gritjurk, who bought eight rams.