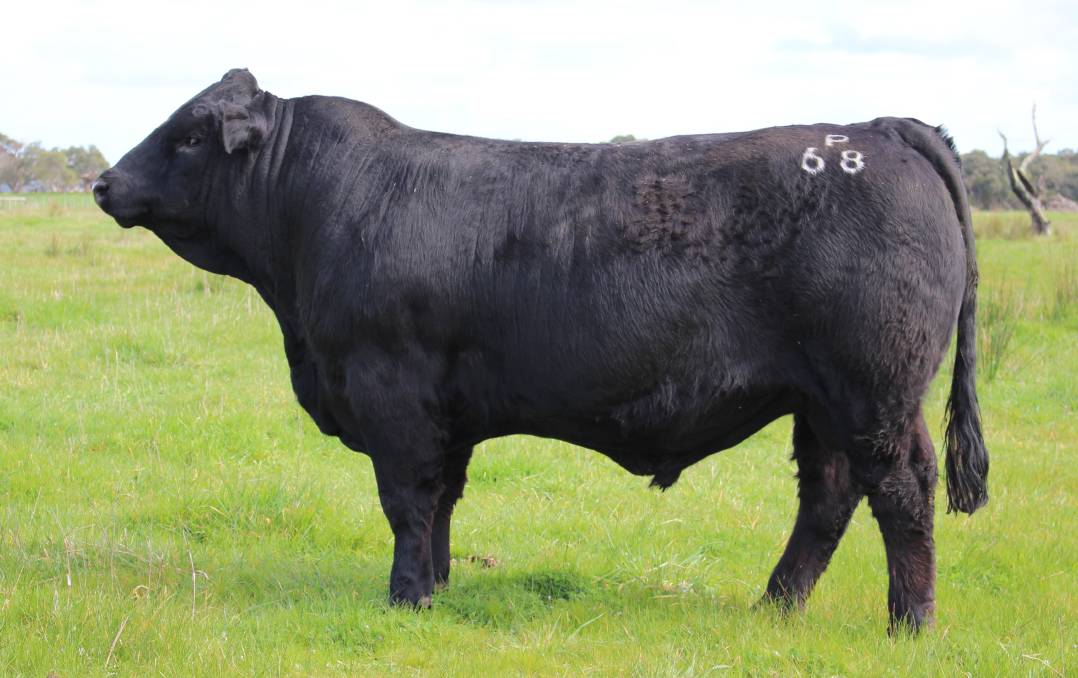 Two South Australian studs have fetched $10,000 respectively for their top-priced bulls during a spring sale at Mortlake.

Woonalee Simmentals stud principal Tom Baker, Millicent, said the idea of the Victorian sale was to "take the bulls to the people".

"It was our first sale this year in conjunction with Nampara from down here in South Australia and both studs had good results topping $10,000 on our top price bulls," he said.

"We had buyers from Queensland, New South Wales, Victoria and South Australia so we had a pretty good group of people from around the place."

Mr Baker said results from the sale were on par with other spring bull sales in western Victoria in recent weeks.

"Obviously with the seasonal conditions through New South Wales which is not far north of Mortlake, everything is back a fraction and that's to be expected with the way the season is," Mr Baker said.

"We would probably sell close to 200 bulls a year so this is only sort of a small section of what we do but it is something we want to grow and develop."

Both studs combined to offer 39 bulls at the sale and have plans to expand the sale in 2020.

"Like everything you have to start somewhere and develop it and the idea about going to Victoria was trying to put these Black Simmentals and SimAngus right in the heart of where there is a lot of Angus cows," Mr Baker said.

"It's a pretty competitive market and everyone is trying to do something that is the same but from our point of view I think it's the volume of numbers that we start with that ends up getting you the quality in the end."

Nampara stud principals Stuart and Natalie Hann, Lucindale, said they were pleased with the results of the spring sale.

"I think for our first sale in Victoria it probably did come up pretty well," Mrs Hann said.

"We've been going to the beef field days for probably four or five years in Mortlake but this was our first sale there in the spring.

"We felt that it was successful and we had plenty of interest and we had a lot of people looking at the cattle who seemed to be happy with what they saw."

"We will endeavour to have another spring sale at Mortlake next year because it seems to be part of the world where we have had some interest so we're keen to bring some bulls back next year," Mrs Ryan said.

"We've had the stud for probably 20 years and we've been having a bull sale in February in South Australia for 12 years but we're largely a commercial operation, focusing on prime lamb and growing our heavy steers and sell about 400 joined females each year.

"But in our stud operation we'd be selling 100 bulls both from on-farm and at various sales and we're finding the Victorian market, particularly in the western part of the state, is increasing from us."

"We looked at the EBVs and all the percentages and the compatibility to the Black Simmental heifers we already have and the percentages came in at like one per cent so that was a factor that played highly," Mrs Patterson said.

"When we got to the sale my husband looked at all of them and picked five of the Black Simmentals and number two which was Picasso was definitely the better bull we had picked.

"We liked him for temperament, his shape and the size ... he was the bigger bull."

The Pattersons will use the bull with a herd of Black Simmental heifers and eight stud Angus heifers to breed SimAngus calves from December onwards.

"Every time we asked him for a photo or called him, he would always return our call and send the photos we requested so he went above and beyond to help us and we're grateful for that."