Resilient farmer Adam Parker is rebuilding his operation after fire tore through his property in February. 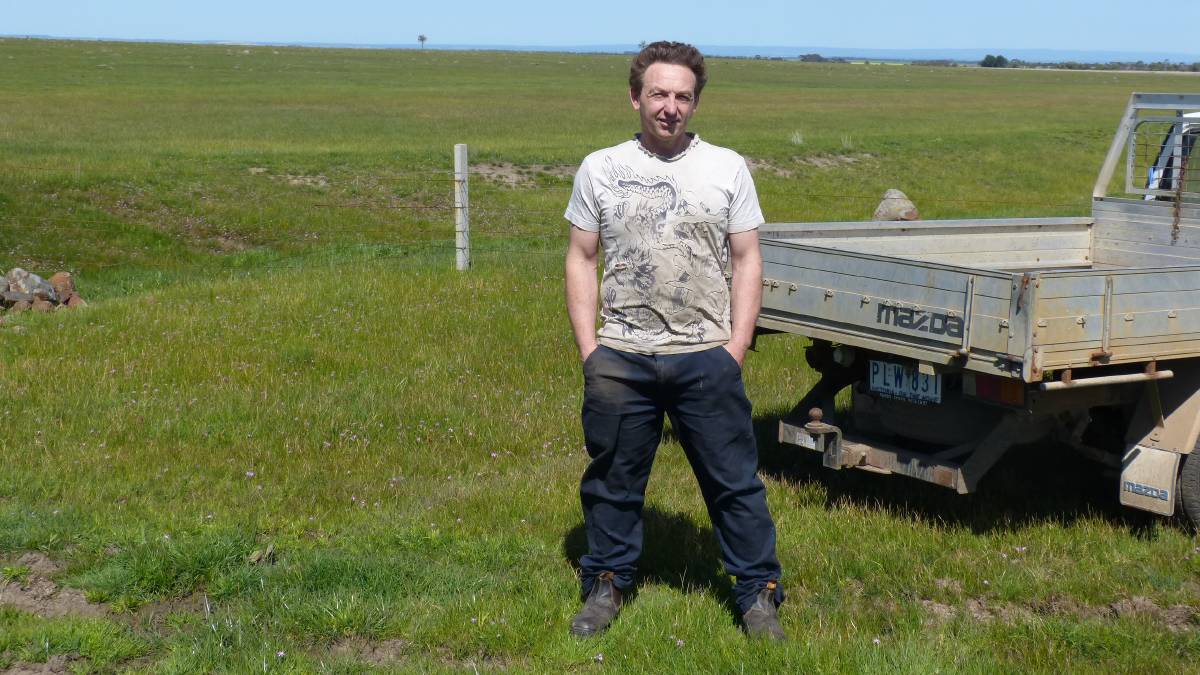 It's hard to believe eight months ago Mount Mercer looked like a charred and burnt battle ground.

What started as a small stubble fire on a neighbouring property, quickly grew to an out-of-control bushfire, killing thousands of sheep and destroying more than 2000 hectares of rich and profitable farm land.

The road to recovery for Adam Parker and his family at their farm 40 kilometres south-west of Ballarat is ongoing; fences need replacing, water tanks need cleaning, pipes need repairing and trees need replanting.

It's also hard to estimate the emotional and financial toll the blaze took on the Mount Mercer community which is still struggling to come to terms with the cause of the fire.

"It was probably more traumatic for my wife and children watching the fire come straight at them through the back door here," Mr Parker recalled as we walked through a paddock.

"We came through after the fire had gone and were putting stuff out around the house but we didn't see the fireball hit the house like they did so there's been times when the wife and kids have been a bit teary when things have reminded them of the fire.

"The only thing that was in our favour was that the feed was pretty low for that time of year."

The Parker's home was spared but 650 of their two-year-old wethers were killed and 700 tonnes of white wheat stored in grain bags not far from the house was destroyed.

"I shot about 300 sheep after the fire and I was lucky I had a good friend with me at the time and he helped me to shoot a few," he said.

"You spend all your time and effort breeding and feeding the sheep and getting them up and running like that and I guess we were lucky it was the wethers and not ewes because we haven't really lost any genetic breeding stock but still they would have been our best wool cutters this year."

"When we bought this property 15 years ago there was half a dozen trees on 650 acres and we wanted to get some shelterbelts in place and we made the place look a lot better and a lot of [the trees] will rejuvenate but a lot of them were too young to seed so many will need to be replanted," Brian Parker, Adam's father, said.

According to Emergency Management Victoria. three haysheds were also destroyed, more than 2000 sheep were killed and 30 kilometres of fencing was damaged.

Ironically, the Mount Mercer fire shed is located at the start of the Parker's driveway, however, the tanker was at the fire front some two kilometres away when the fireball hit their property.

"The fire truck did respond but they were up at the top of the fire trying to get it out at its origin and by the time the fire got a run up and got to here, there was nothing a fire truck could have done," Mr Parker said.

While the main house survived, an old weatherboard cottage which was slated for demolition was destroyed by fire, melting a cast iron bath inside.

But fast-forward eight months and Mount Mercer has a new lease of life.

Usually dry creek beds are flowing, fodder is growing and many trees are rejuvenating.

"We've been pretty resilient and we couldn't have anymore counselling offered to us so that's been pretty good in that respect," he said.

"We don't think we'll buy in any more stock.

"We will probably just continue to breed sheep up so we can get back to the numbers we had and we're coming up to harvest in a few months and shearing in October so we've got plenty to keep us occupied."

Mr Parker said he and his father, who moved to Mount Mercer in 1955, were setting up a firefighting trailer ahead of the fire season and urged people to clear flammable material from their house.

"The insurance has been pretty good and everything was covered ... but it's the time we now have to put in to fix it and get back to where it was," he said.